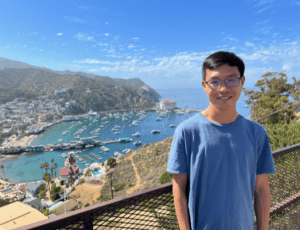 Eric He is a freelance reporter for San Jose Spotlight and he also covers communities across Santa Clara and San Mateo counties for Patch.

Eric was born and raised in the South Bay and received his journalism degree from the University of Southern California, where he served as managing editor of the student-run paper, the Daily Trojan. He also has a master’s degree in investigative journalism from Columbia University.

What drew Eric into a career in journalism was the desire to tell people’s stories, and in local news, he tries to center the voices of human beings who are affected by policy.

For 15 years, Matthew Quevedo and his wife, A’Dreana, moved from apartment-to-apartment in San Jose. They started with a $900 a month one-bedroom in the Seven Trees neighborhood when they were both 18 years old, making $12 an hour at Home Depot. But in October 2020, after years of saving up, they got a piece...

One of San Jose’s most important legislative bodies will begin its next term with new leadership. The San Jose Planning Commission, a powerful panel that oversees development and advises lawmakers on the city’s planning policies, will add two new members. The City Council is expected to approve the appointments on Tuesday. Chair Rolando Bonilla is terming...

Property owners in downtown San Jose are saying yes to more taxes over the next 10 years. Nearly 89% of residents and businesses in a special district have voted in favor of renewing the downtown property-based improvement district (PBID) tax. Collected funds contribute to services such as cleaning, security and business development. The tax ranges...

As traffic picks up nationwide ahead of the Fourth of July holiday weekend, San Jose’s airport is running without hiccups....

In a week’s span, two decisions were made that on the surface had absolutely no correlation. Yet in a circuitous...

Growing up in San Jose, Councilmember Raul Peralez found himself sitting on a curb while police searched his car —...