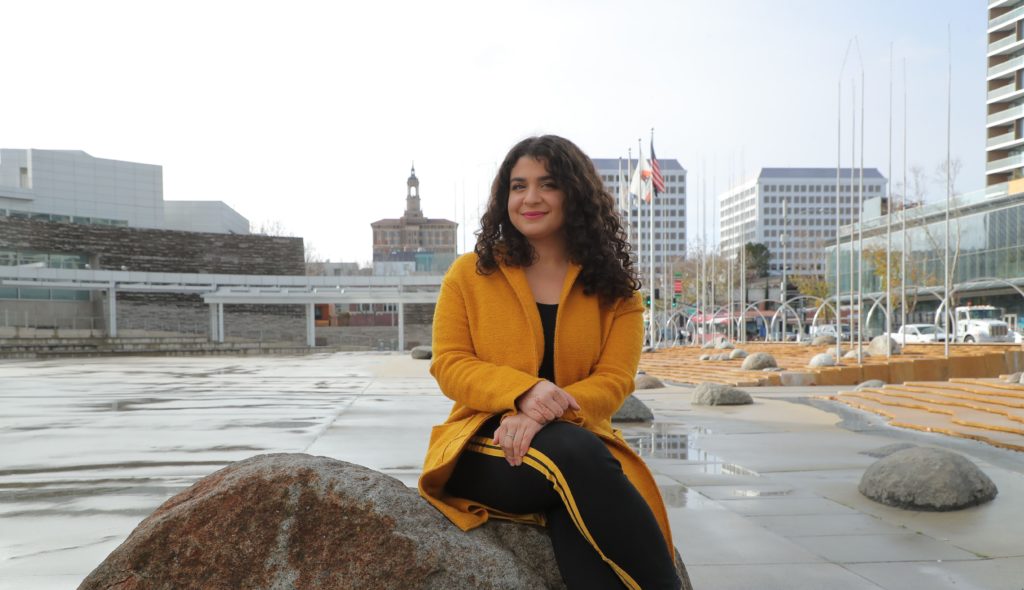 Kadah, who grew up, studied and worked in San Jose, has a deep understanding and love for her city. She seeks to translate that into meaningful stories that keep the community informed and hold powerful leaders and institutions to account.

She has experience reporting on breaking news, local government, evictions/homelessness, social movements and everything in between while racking the muck as Bay City News’ South Bay Reporter. Before that, she reported on the Syrian Refugee Crisis in Greece, Italy and Germany while getting her undergraduate degrees in political science and journalism at San Jose State University.

San Jose may become the first city in the nation to mandate an annual gun owner fee and liability insurance in an effort to curb gun violence. The City Council will take a vote on Tuesday and if passed, San Jose residents who own guns will have to pay a $25 fee per household and...

A controversial plan for a 6-story hotel on Winchester Boulevard in San Jose will not move forward after strong opposition from nearby residents. On Tuesday, councilmembers unanimously approved rezoning a 0.69-acre parcel at 1212 S. Winchester Blvd. from residential to commercial development, but rejected a plan to build a 119-room hotel on the plot. The...

Rosemary Kamei, who’s represented Silicon Valley in a variety of public roles, is throwing her hat into the District 1 San Jose City Council race. Kamei brings 30 years of experience in local politics from having served on Morgan Hill’s Planning Commission and Valley Water board to most recently sitting on the Santa Clara County...

If we’ve learned anything during the COVID-19 crisis, it’s that—first—we should have been investing in health care and housing for...

Emergency workers at the Valley Medical Center are staging a walkout tomorrow to protest staffing shortages among physicians and unsafe...

San Jose may become the first city in the nation to mandate an annual gun owner fee and liability insurance...