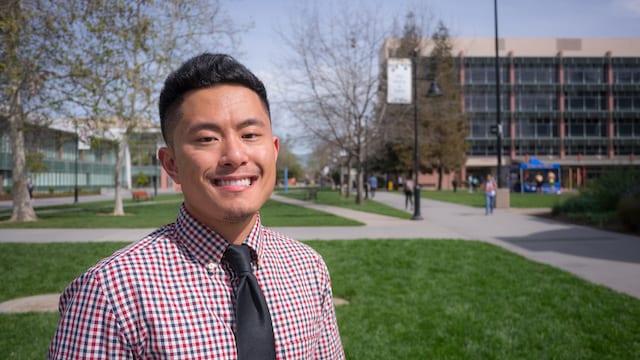 Lloyd Alaban is a freelance reporter. He is a proud South Bay native who has called Milpitas home his entire life. He earned a bachelor’s degree in sociology from the University of California, Santa Cruz, and a master’s degree in journalism and mass communications from San Jose State University, where he worked in student media at both schools. He got his start in journalism as an intern with AsianWeek, and has since written for realtor.com, Work + Money, Uni Watch, San Jose Inside and the Milpitas Beat.

Lloyd has covered numerous issues, including local businesses, protests, affordable housing policy, homelessness and city government. He is passionate about local news and its ability to shed light on underprivileged communities. He enjoys trivia, running, coffee, beer and playing with his two-year-old Siberian Husky.

While Mayor Sam Liccardo was talking about trash in December, it looks like County Executive Jeff Smith was dishing it out. In a Dec. 15 letter from Smith to Liccardo obtained by this news organization, Smith accused the mayor of misrepresenting the county’s stance on clearing homeless encampments. “We are not aware of any such...

Santa Clara County’s landmark resolution supporting ethnic studies is being challenged by some who claim it is un-American, prompting supporters to launch a petition to save the school board’s efforts to bring race-related education to classrooms. Eight months after the Board of Education passed the resolution, supporters believe it has come under fire from what...

After three meetings, a new San Jose commission tasked with reshaping San Jose’s governance has not yet dug into switching...

BART could get a $140 million grant to begin the second phase of construction on a South Bay transit project...

Phil Watkins was 23 when he was shot to death by San Jose police after he called 911 saying he...