A monthly column elevating the voices of formerly homeless residents or those with lived experience. 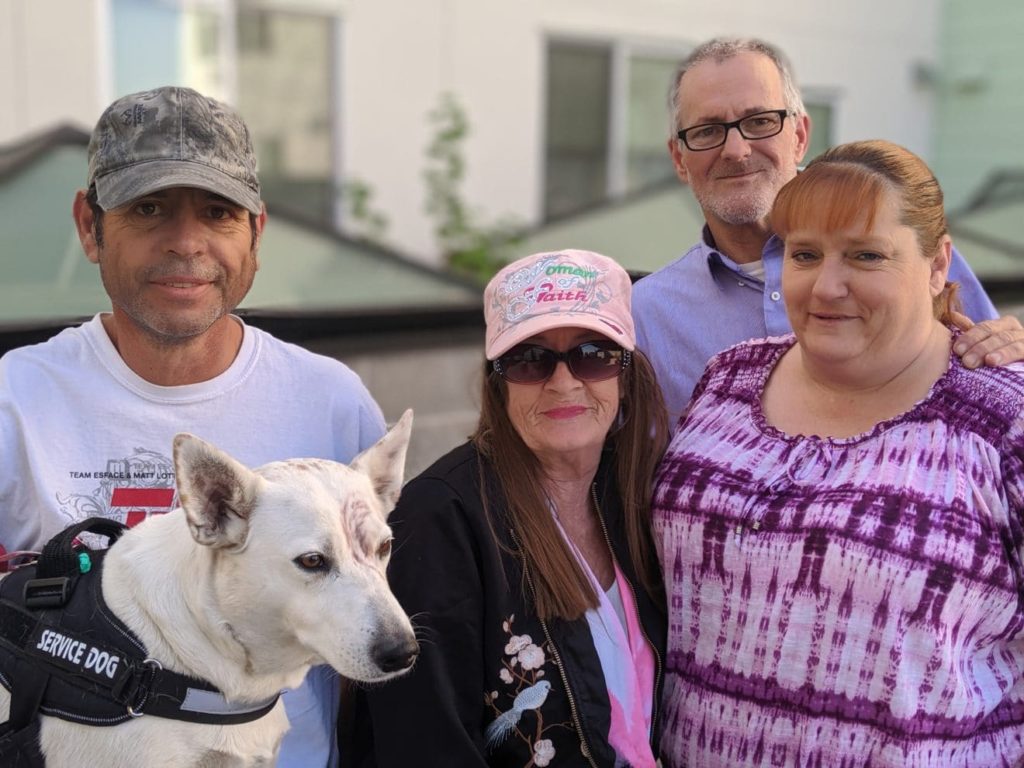 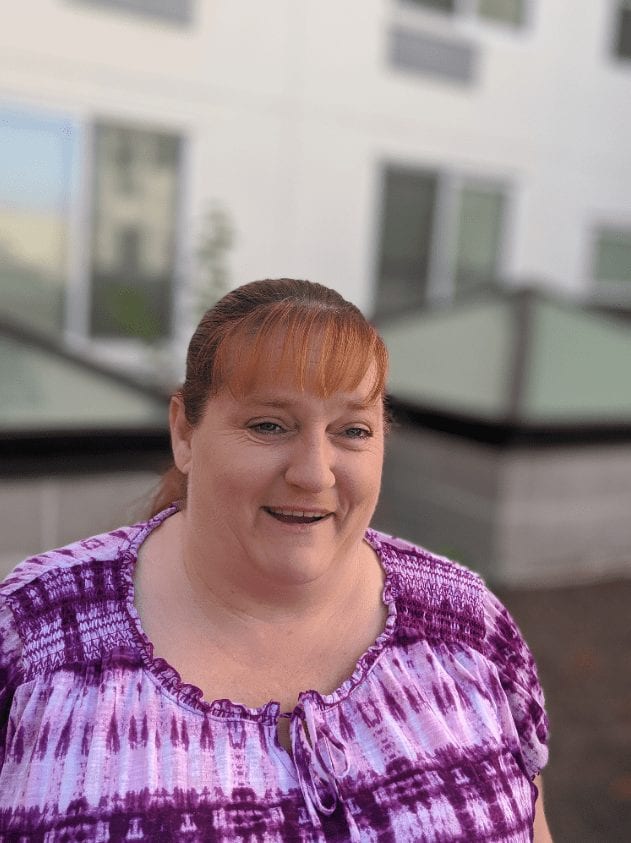 Cecilia Martin grew up not knowing her place in life, or what her purpose was. Not even the direction she should go. She says she has struggled her entire life with just about every decision she’s had to make, including becoming an alcoholic as a child and continuing down the road of addiction for decades. Cecilia has faced many dangerous and unsafe situations that ultimately led to homelessness.

Today, thanks to people who have believed in her and her own motivation, Cecilia lives in an affordable one-bedroom apartment she can call home. She has also been given an opportunity to advocate for the homeless still out on the street.

Her hope, desire, and dream has always been to help others experiencing what she went through. 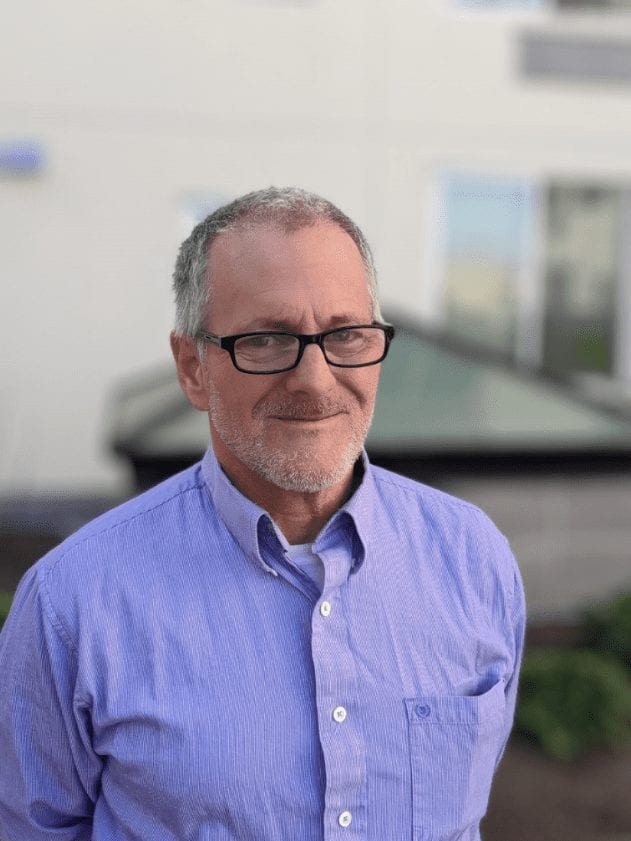 Michael Anthony Eckhart was born and raised in San Jose by his mother Nele Bujuklian and stepfather Jon Bujiklian. He has an older brother and three younger stepbrothers. He also has two sons at 28 and 18 years of age.

He graduated from Andrew Hill High School in 1983 and went on to spend a number of years serving in the United States Navy.

Upon leaving the military in 1992, he settled in Seattle, Washington, returning to California eight years later.

Back in California, Michael worked in corporate America before losing his career abruptly which led to homelessness. Michael spent ten years on the streets of Santa Clara County along with his partner Jackie Germain, who he has been with for sixteen years.

Together, Michael and Jackie are pushing and fighting for the rights of all who remain homeless. His mission is to educate people on the fact that homelessness does not translate in any language to giving up basic human rights or a place in society. 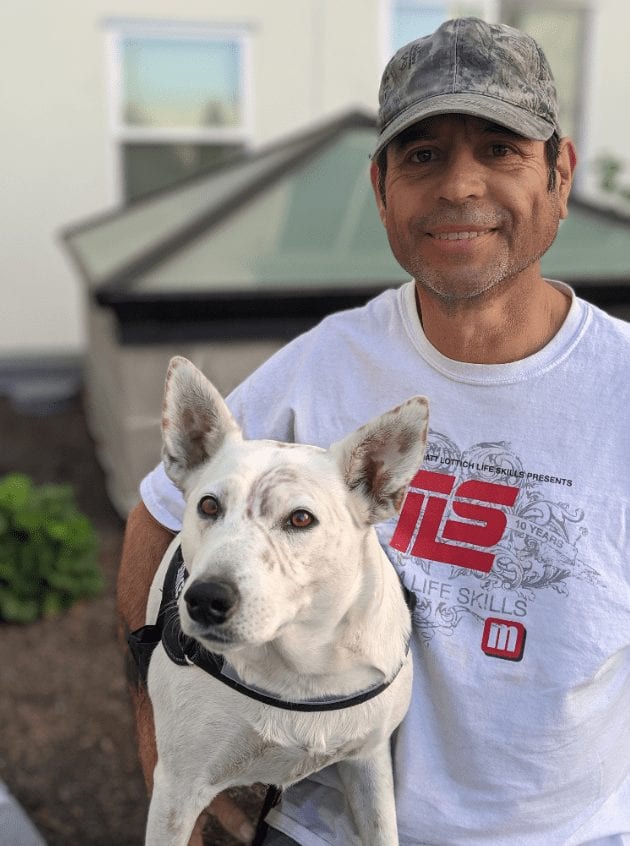 Born in Northern Colorado in the late 1950s, Ralph Duran grew up on his grandfather’s ranch which provided livestock to rodeos in Colorado and neighboring states. Along with caring for these critters, Ralph was very involved with his grandpa Kaetenay’s other passion: his big game trophy hunting and tracking business.

Grandpa Kaetenay was a Native American Indian who served in WWII as a “Wind Talker” and retired Sergeant Major, USMC. Ralph followed his grandfather’s footsteps when he joined the Marines to serve as a location scout after the Vietnam War.

Ralph’s journey into homelessness began in 2007 when he found himself sleeping in his truck parked in Walmart parking lots for two years until it became illegal to do so. Ralph then started living in an RV near the Sacramento-San Joaquin Delta until he returned to the Bay Area and lost his RV due to mechanical issues. Ending up on the streets and broke, Ralph was introduced to the Office of Supportive Housing, which made it possible for Ralph and his dog, Baby-girl, to obtain housing. Now, at home, Ralph has a desire to help those still out there, to give them hope and to help shed light on the housing crisis devastating our communities.

Ralph began writing about his experiences in his early years and continues to do so, even now at 60 years old. It’s been his lifelong passion to share his adventures with his writings and a dream realized to be featured in this column. 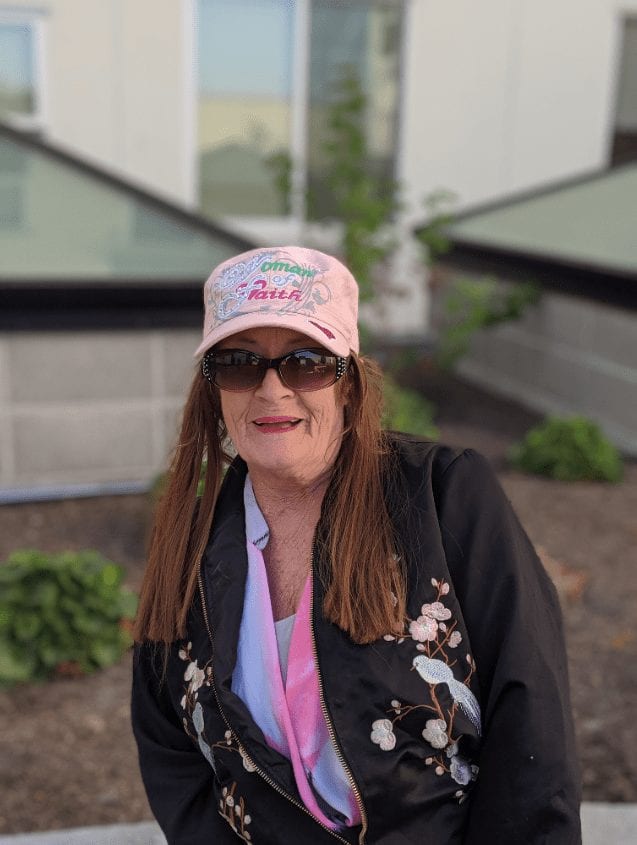 An early victim of the great recession, Dorie lost her home in 2007 when she was hit by predatory brokers offering reverse loans to desperate people looking to hold on to what they had.

The next 2,938 days and nights, Dorie found herself in the streets trying to survive in the ugliest of experiences — just like you would see on TV: rape, robbery, crimes, violence, suicide, illness, filth, addiction and much more. This was a horror movie that wouldn’t end.

Dorie is now housed and determined to never go back. She is excited to write this column to change hearts and minds on what homelessness is and who the homeless are. 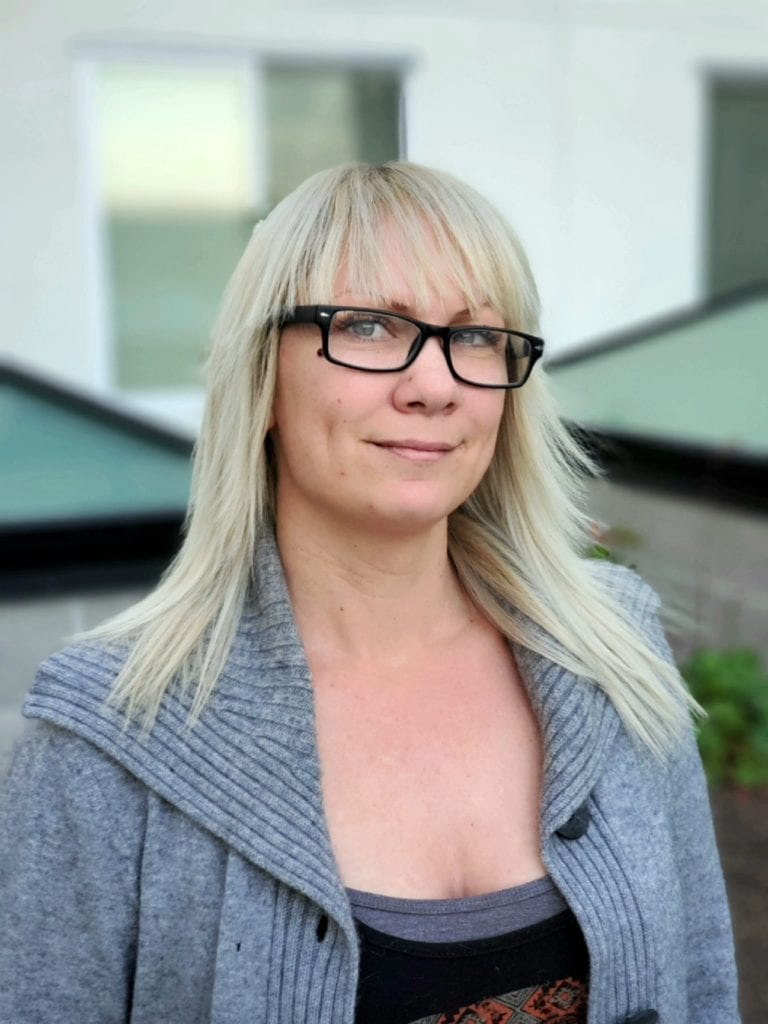 Before living in the streets of San Jose for nine years, Kristine was a lifelong Willow Glen resident along with her mother and sister. A survivor of severe domestic violence during her first marriage, Kristine fled her home after she was left with permanent brain damage that would lead to unpredictable seizures to this day.

Kristine survived in the streets of San Jose living alongside her now-husband, whom she met at a local shelter and with whom she now shares a studio apartment at Second Street Studios. Together, they are leading the way toward building a healthier and engaged community through the establishment of Second Street Voices as well as the new Second Street Tenants Association. 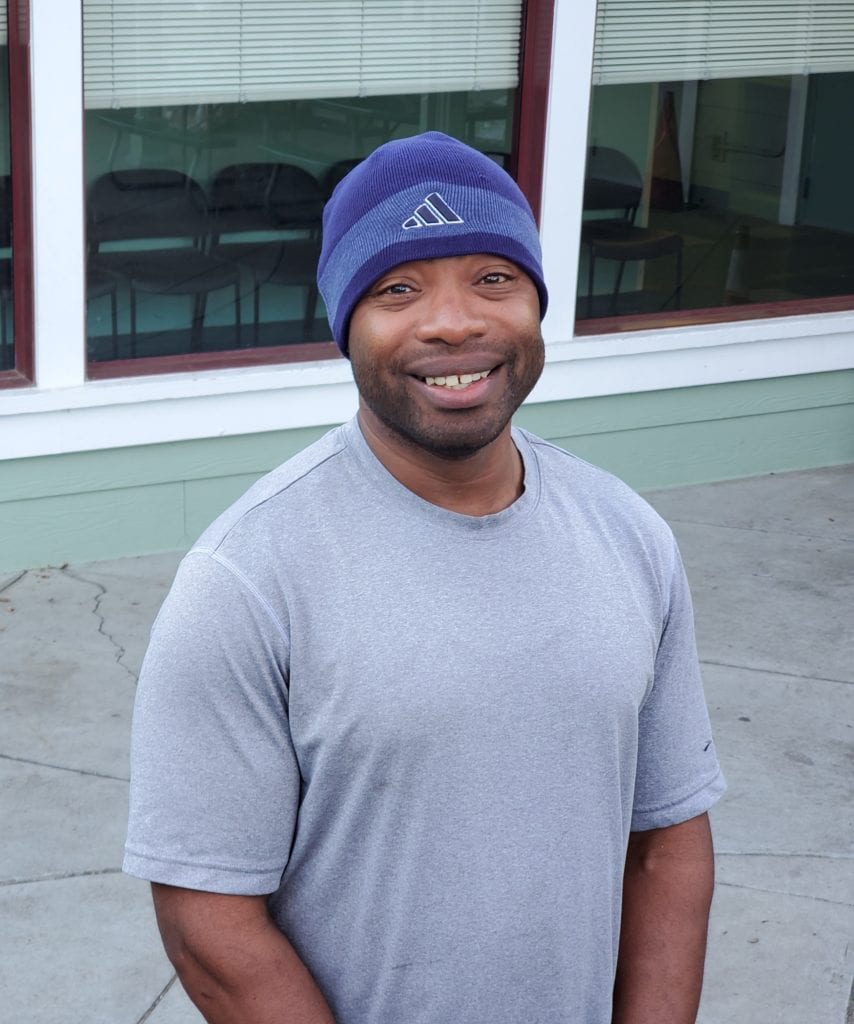 Jerome Shaw has been homeless for 3 1/2 years, and currently resides at a HomeFirst shelter in Sunnyvale. Jerome first became homeless in May 2013 when the four-plex apartment building he was living in was purchased and the new owner moved in. Living with his son and on unemployment in West San Jose at the time, Jerome bounced around from renting hotel rooms and staying with friends for about a year until he found a job and an apartment early 2014.

Due to complications related to his mental health, Jerome lost his job in 2015, was evicted from his apartment and lost custody of his son, who was sent to live with his mother full time. Since then, Jerome has been homeless and has struggled with mental health issues. Jerome hopes to shine a light on the importance of mental health care, and the lack of care that is being provided to individuals who desperately need it.

Today, Jerome is the president of the Sunnyvale Shelter Client Collaborative and an apprentice in the local sheet metal workers union. 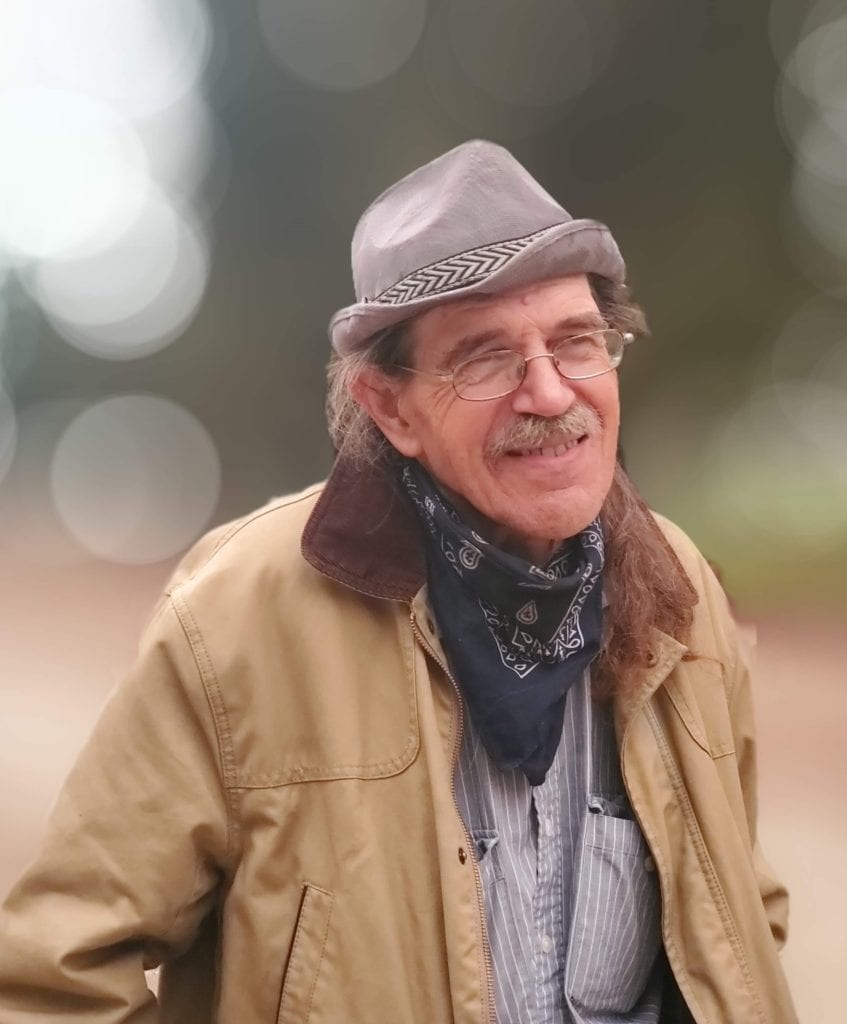 At the time, Palo Alto was a working-class community with a big alternative vibe that got squeezed out as the high-tech boom and real estate profiteers took over. John’s family was always oriented toward art, creativity and social justice. John picked up a skeptical view of our current status-obsessed society from his folks. In 1969, John majored in art at Foothill College in Los Altos Hills. John is a blues musician and a member of several bands in the area.

Before COVID-19, John mostly played with a band called Midnight Blue. John was unhoused for 10 years starting in 2008. John’s partner, Amanda, is also a formerly houseless artist in the area. John and Amanda met during one of John’s band gigs. While houseless, John and Amanda found shelter in RVs and other kinds of vehicles.

John is housed most of the time these days but sometimes finds himself spending time in his van.

It’s that time of year again where we begin to gather with family and friends, put on extra pounds and spend way too much money. Its hard to believe Thanksgiving is next week, because the year has gone by so fast. But nevertheless, the holiday season is here, and it’s often when people take time...

The best ways to protect people from contracting COVID is through vaccination and mask wearing. Getting vaccinated is your personal choice and no one can make you get it, but not getting vaccinated will severely affect your life if you plan to work and live around other people. However, wearing a mask is something that...