The council will also discuss a 65-unit affordable housing project and consider potential changes that could affect renters and people using services like Airbnb during a study session on the city’s zoning code, which governs where various types of buildings can rise and many of the rules for those spaces. It’s the first time since 1969 the city has updated its zoning code, making the effort a major undertaking.

Santa Clara made waves last month when it surprised everyone by voting in a closed session to remove the San Francisco 49ers as managers for non-NFL events at Levi’s Stadium. Councilmembers announced the decision immediately after, during the scheduled City Council meeting.

Right way, the football team cried foul and days later filed a lawsuit to bar the city from removing it as full-time manager of the $1.3 billion stadium.

But the team also claimed that city officials violated the Brown Act during the closed-door vote and by sending a letter to the 49ers to that effect without a vote. The Brown Act is the state’s open meeting law that prohibits a majority of lawmakers from making decisions in private.

City officials adamantly denied they violated the Brown Act last month, but decided to bring the conversation before the public and reaffirm their decision this week anyway.

“Although the Board’s actions were fully compliant with the Brown Act, the meritless contentions in the Forty Niners’ recent letter portend further litigation aimed at delay in legal proceedings,” city documents state.

The documents note that bringing it back to the forefront Tuesday night will also “allow for any associated public comment, including from the Forty Niners.”

Affordable housing set for a vote 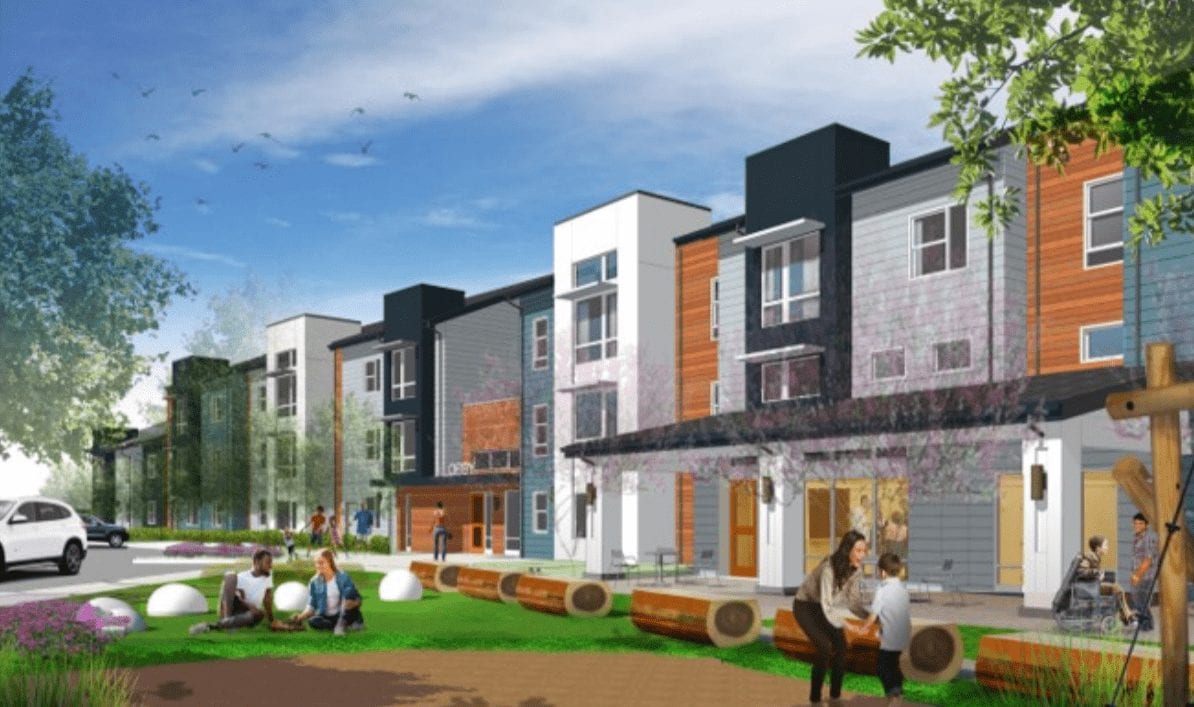 In the coming months, city councilmembers are set to vote on a 65-unit affordable housing development with about a quarter of the apartments set aside for developmentally disabled people. The project, which sits on city-owned land, has been long in the works for 2330 Monroe St. 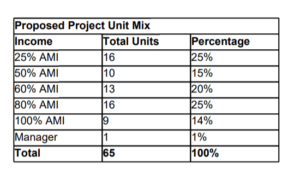 A breakdown by unit affordability for the proposed development at 2330 Monroe St. Image courtesy of city of Santa Clara public documents

Oakland-based Freebird Development Co.’s proposal for the development was deemed complete by city officials last month, though it’s unclear how soon the project may start construction or be completed, if approved.

The residential building would rise between two and three stories high and include 98 parking stalls. The building would include studio, one- two- and three-bedroom apartments, and the units would be available to people earning between 25 percent and 120 percent of the area median income.

When complete, the 74,000-square-foot development would include a fitness center, game room, laundry room, community room and a barbecue area. Outside, the project would have a play area, walking trail and garden beds for residents.

In its fourth study session to guide the new zoning code, councilmembers are set to discuss a set of new rules that aim to limit the number people living in a single-family home. They’ll also consider adding new requirements for property owners renting their space for short-term stays a la Airbnb

The potential changes come after “community members indicate that their quality of life is being negatively impacted by single-family residences that house a large number of occupants and as a result lead to noise disturbances, inadequate property maintenance and insufficient on-site parking,” according to city documents.

Many of the complaints the city is fielding come from people in the Old Quad neighborhood, which sits near Santa Clara University.  The proposed changes to the zoning code would essentially make it more difficult for landlords to create multiple leases with different residents in a single family home.

Instead, renters would need to show they have a “common living arrangement” by checking the boxes on one or all of a set of new requirements, including sharing a single lease, having shared living expenses or chores. It would also limit the number of guests who are allowed to stay in the home for more than a month.

The zoning code would also create a new requirement that could affect homebuilders in the city by requiring a minimum of 25 percent of the floor area in the house to be “common habitable area,” such as a dining room, living room and kitchen.

Short-term rentals get a closer look

Meanwhile, councilmembers will also consider creating new rules around short term rentals in the city during the study session.

Right now, there are almost no requirements around such rentals in Santa Clara, aside from an agreement with Airbnb to collect Transit Oriented Tax, a tax applied to hotels.

Under the new proposed rules, property owners would be limited to renting out their homes via a “short term rental” for no more than 90 days a year, unless they also live on site full time. The new rules would also limit the number of people that can rent the home based on the number of bedrooms, with a maximum of eight people per home.

Property owners would also be required to get an annual administrative permit.

A public draft of the new zoning code will be available in the coming months. The city’s Planning Commission will host a public hearing near the end of the year and the City Council is expected to hold a hearing on the new proposed code in February before it is officially adopted.

The city’s study session will start at 4:30 p.m. in Santa Clara City Hall at 1500 Warburton Ave. The regular City Council meeting will start at 6 p.m.

Santa Clara may be split into three districts for future voting