But things will look much differently inside those businesses than before the COVID-19 pandemic closed their doors in mid-March. Personal care businesses are among the last to reopen.

Public Health Officer Dr. Sara Cody on Thursday acknowledged the pandemic is not ending anytime soon — and industries need to adapt to the novel coronavirus, even as cases and hospitalizations have increased enough to put the county on a state public health watchlist.

“This order is designed to guide how we approach activities in our county for the months ahead,” Cody told reporters. “This marks the end of a phased reopening and the beginning of a new stage that we anticipate will be stable for some time.”

Under the new health order issued Thursday, county officials will apply for state approval to reopen personal care services by July 13 or when the state approves the county to do so, whichever comes later. To meet the reopening criteria, county health officials must verify they meet case, contact tracing and hospital capacity thresholds, among other requirements.

Personal care services include hair and nail salons, tattoo parlors, barbershops, spas, gyms and fitness centers countywide. The county also expanded small gatherings to include up to 60 people outside and 20 people inside, an increase from the previous June 5 order.

But many indoor facilities — such as dine-in eating and swimming pools — as well as other areas where people remove masks are still prohibited. Larger gatherings like sports venues, night clubs or amusement parks, which fall under California’s last phase of reopening, also remain closed.

“The approach of risk reduction, as opposed to making decisions on a sector-by-sector basis, feels much more appropriate and exactly where we should be right now,” said Supervisor Susan Ellenberg, who has criticized Cody for a lack of clarity on reopening guidance.

In a June 23 Board of Supervisors meeting, the two disagreed about whether the county was ready to apply for reopening more businesses. Cody had said rising hospitalizations caught the state’s attention, saying the county wasn’t ready to meet criteria for state approval.

Cody said Thursday the increase in hospitalizations from “very low to low” was enough to land the county on the watchlist. Santa Clara County reported 185 new confirmed cases Thursday, to 4,750, while 80 patients were hospitalized for the novel coronavirus. There was one new death, to 159 people.

The new order comes after Gov. Gavin Newsom on Wednesday ordered 19 counties, including Santa Clara, to close indoor operations for restaurants, wineries, movie theaters, family entertainment, zoos, museums and card rooms for at least three weeks. Bars were ordered to close altogether. The directive was targeted at counties on the state’s watchlist for at least three days.

But these activities weren’t allowed in Santa Clara County because of its stricter shelter-in-place order, which last revised its order June 5 to reopen in-store retail, outdoor dining, childcare as well as religious, cultural and civic activities.

While Santa Clara County’s cases and hospitalizations have increased, officials noted the rate at which they are spiking is low compared to other parts of California, even in the Bay Area. Nearby San Francisco and Contra Costa counties recently halted easing public health restrictions.

Santa Clara County had joined Alameda and Imperial counties as the last in the state to not seek state approval to move into the next stage of reopening. Last Friday, Newsom instructed the latter Southern California county to reinstate a full stay-home order because of spiking cases there.

“Because we have moved cautiously, we have not found ourselves in a position to backpedal on the decisions that have been made,” Ellenberg told San José Spotlight. “We have continued to move forward.”

Much of the onus of the new order falls on businesses and residents to enforce the measures themselves. While hoping people are peer-pressured to do the right thing, Supervisor Dave Cortese described enforcing the rules somewhat of an “honor” system.

County Counsel James Williams said there are penalties if businesses claim they’re meeting physical distancing protocols, but are not.

Workplace capacity is restricted to one worker per 250 square feet, and one customer for every 150 square feet, both spatial reductions from the June 5 order. Officials also require more contact tracing, while there are specific directives for higher risk businesses set to be released next week.

“This is great, because to be honest, we’re getting to that point where I’m starting to wonder how I’m going to keep my business,” Taki said. “We can make this work. Everyone is anxious to tattoo.”

Similarly, Linda Do, owner of Blossom Nail Spa in San Jose and Campbell, got around 100 appointments within five minutes.

“I’m so ecstatic because I have worked so hard on the reopening, and it’s finally coming,” Do said. “My phone has been going nonstop with customers trying to book appointments. It’s insane.” 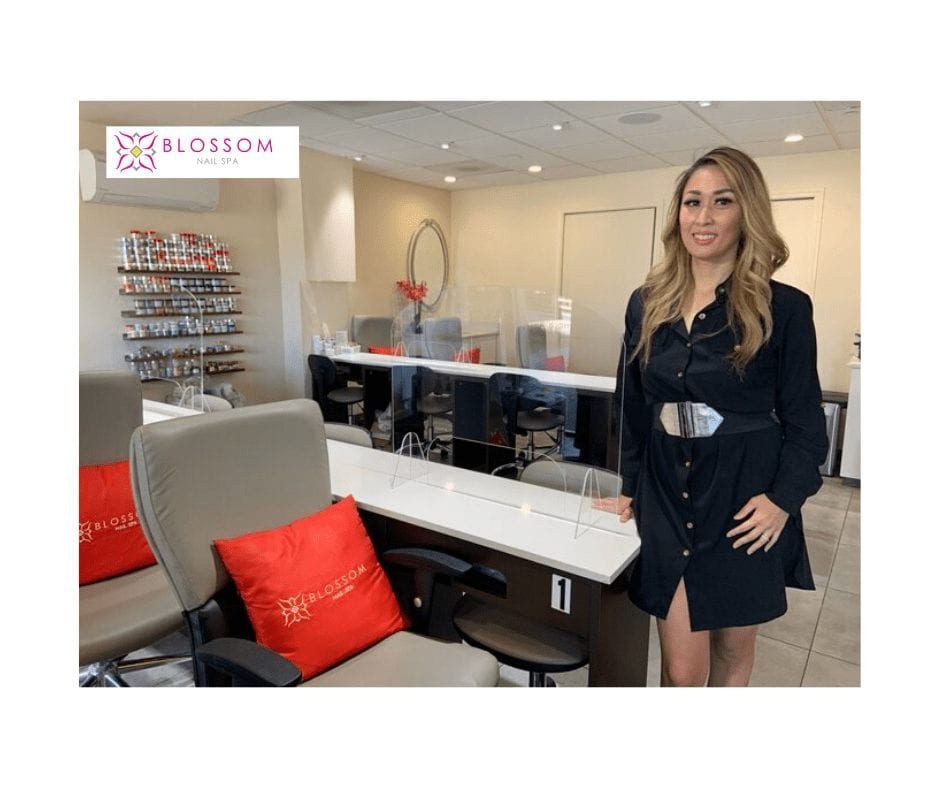 But not all businesses affected were as optimistic.

Tina Le, owner of Nail Elegance, worried about the new order given the spike in new cases. She was skeptical the order would take effect.

“Once we are actually reopened, then I will be, but not until then,” Le said. “I’m not confident on it. They are doing this because of the pressure.”

The California Department of Public Health list of counties that have filed for state approval did not include Santa Clara at the time of publication, though state officials noted applications are continually reviewed as they are received.

Ahead of the Fourth of July weekend, Supervisor Cindy Chavez, president of the Board of Supervisors, acknowledged that COVID-19 cases are rising, but said it’s up to the community to follow safety rules to reduce the spread of the virus.

“We’re going to rely on our businesses to be ruthlessly committed to following the rules,” she said. “This weekend is Fourth of July and if we’re not careful, 14 days from now we’re going to start seeing people in our hospitals.”