In less than two weeks, San Jose State graduate student Mike Casas will walk across the stage — a moment he’s dreamt of for years — but the excitement is tempered by a cloud that hangs over his head.

“The cost of living is so expensive that you have to draw on student loans to be able to live there,” said Casas, 49, who is earning a master’s degree in urban and regional planning. “That’s where I find myself.”

After graduation, Casas will be strapped with nearly $100,000 in debt — and he’s got a six month grace period to find a high-paying job to start paying it back.

But State Sen. Bob Wieckowski, D-Fremont, has authored legislation to help Casas and the 3.7 million Californians drowning in student debt. Wieckowski’s SB 477 would give students up to a $1,000 tax credit for yearly interest paid on their student loans.

The bill overwhelmingly passed the Senate Governance and Finance Committee earlier this month.

“Rather than fully engaging in our economy, far too many graduates are putting off purchasing a townhome, a new car or getting married because they are burdened by student debt,” Wieckowski said in a statement. “This debt is disproportionately born by women, students from low-income families, students of color, and first-generation college students. They have less disposable income to repay their loans, requiring more time to pay them off and continued accrual of interest.”

Casas’ has a mixture of subsidized — which typically do not accrue interest — and unsubsidized loans, with rates as high as 6.5 percent. Casas, who works at Caltrans part-time, is considering consolidating the debt into one payment to reduce interest rates and tackle the climbing costs of his student debt.

Student loan debt is climbing to more than $1.5 trillion nationally. California’s student debt rose by about $70 billion from 2008 to 2018, according to an analysis from The Sacramento Bee, a jump of about 115 percent. The average California college graduate has more than $20,000 in loan debt, the analysis showed.

Wieckowski’s SB 477 would provide a student loan tax credit for the entire amount of interest paid throughout the year. The credit is capped at $1,000 for students earning up to $100,000. The bill has a five-year sunset, covering the years 2019 to 2023.

Wieckowski’s office said the state will fall 1.1 million college graduates short of economic demands, according to a 2015 Public Policy Institute of California report. This workforce skills gap won’t be eliminated by highly-educated workers from elsewhere.

“Do we want to give highly educated people in the state an incentive to remain in California and use their skills here by providing meaningful relief with this bill?” said Christopher Long, an associate attorney with Sheppard Mullin, who spoke in favor of the bill and described his personal experience with student debt. “Or do we stand by and watch these young minds leave for a higher quality of life elsewhere due to the crushing combination of student loan debt and California’s high cost of living and lack of affordable housing?” 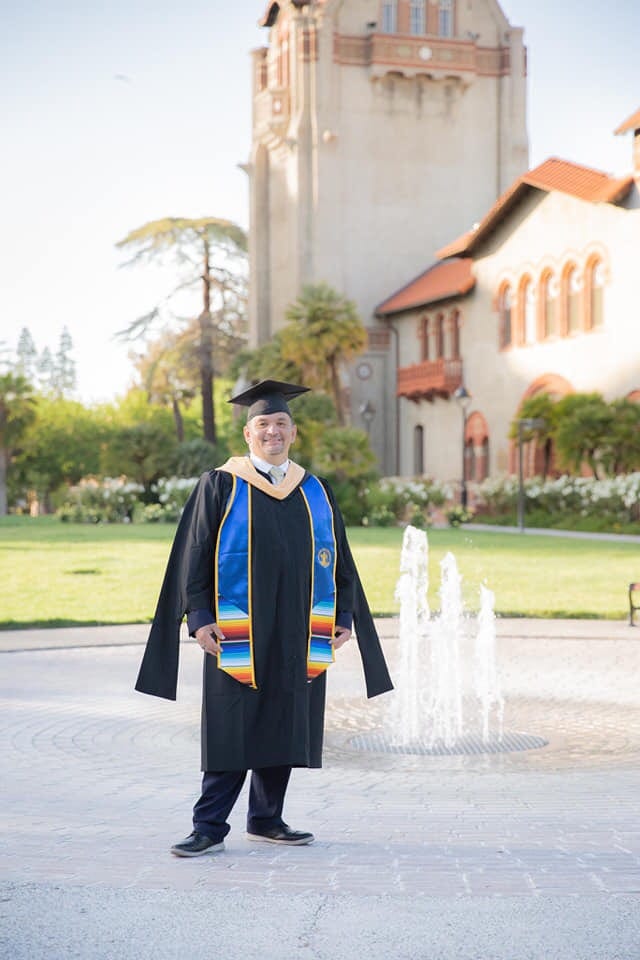 For Casas, who is preparing to take his last final this week, getting some relief on his student loan interest payments would alleviate pressure as he grapples with searching for a new job and juggling other bills.

“It would mean a lot, not only to me but to tens of thousands of other students who are falling into debt due to their high interest rates,” Casas said. “I have to make at least twice or three times the regular payment to bring down my balance. Being able to use that as a way to offset some of the interest rates annually would be beneficial.”