After losing his bid to replace Santa Clara County Supervisor Ken Yeager, Rocha was named Cortese’s chief of staff — a role he filled when Cortese served on the San Jose City Council.

Rocha said focusing on the county’s financial health will help protect families from losing critical services like health care and housing, especially in the wake of a turbulent federal administration and predictions of an economic downturn and potential crash in the housing market.

“I think having a focus on the fiscal side is going to be really critical as a county and making sure we are providing those services that folks need,” Rocha said. “We need to make sure that we’re within our means and protecting ourselves in case the federal government goes sideways and cuts into funding.”

Santa Clara County has waged several public battles against the White House. The county was the first to rebuke Trump’s executive order to strip federal funding from so-called “sanctuary cities.” A federal appeals court sided with the county and found that Trump’s order violated the Constitution.

Rocha said it’s hard to predict what to expect from Washington because it’s a “dysfunctional place,” but he looks forward to helping Cortese wrap up local initiatives and define his legacy in his final two years in office.

Cortese said Rocha is “extremely competent and we have a great working relationship.” 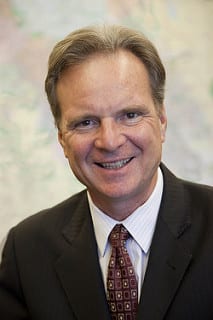 Rocha replaces Cortese’s chief of staff, Mike Donohoe, who planned to retire in 2019. His last day is March 15.

“I’m just so happy because I know Dave is going to be in good hands,” Donohoe said. “Don helped set up a lot of policies and procedures we still use today.”

Under Rocha’s leadership, Donohoe said he hopes Cortese’s office focuses on building affordable housing from Measure A funding and overseeing the county’s purchase of O’Connor Hospital in San Jose and Saint Louise Regional Hospital in Gilroy.

Rocha, who termed out of the San Jose City Council last year, led Cortese’s office when he was a councilman from 2001 to 2008. San Jose Unified School District Trustee Pam Foley won the race to replace Rocha on the council.

Rocha said Cortese has been a leader in the community as well as a mentor and excellent role model. “It is a perfect transition for me,” Rocha said. “And I look forward to continuing to serve the community and residents of Santa Clara County.”

Cortese terms out from the county board in 2020. He plans to run for the California Senate seat held by Sen. Jim Beall.