The incoming San Jose mayor and councilmembers have different political leanings, but they agree on one thing: they’re only as strong as their staff.

With less than a month before the newly-elected leaders fill the San Jose City Council chambers, dozens of interviews are happening to hire staff for Districts 1, 3, 5, 7 and the mayor’s office. Some teams are almost complete, while others are still taking shape.

Mayor-elect Matt Mahan, who replaces Sam Liccardo on Jan. 1, said he may retain some of the mayor’s staff and bring on people from his campaign team. 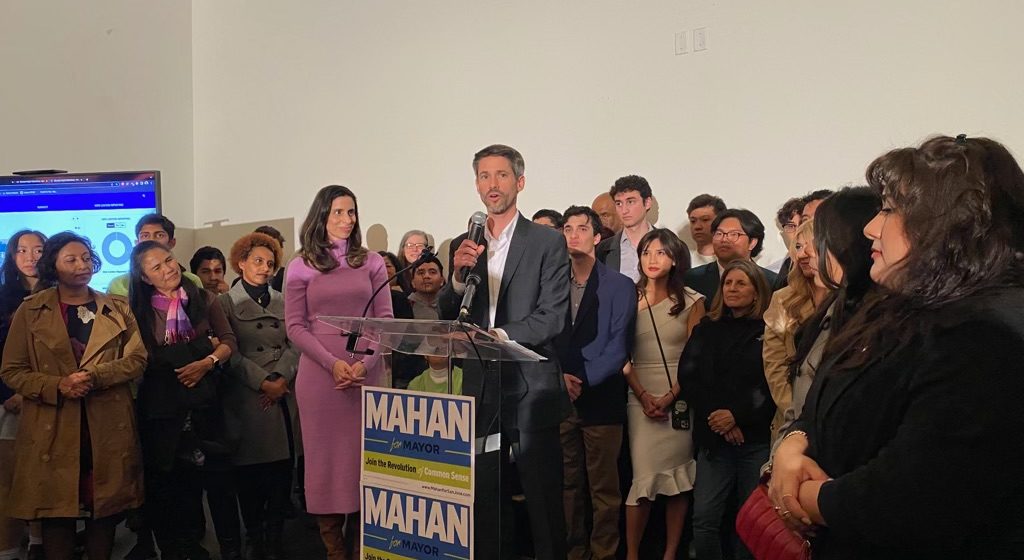 How one new San Jose official is preparing to take office

While he would not confirm who is staying, he did say that staffing and policy priorities would look different from Liccardo’s current 23-member team. Mahan said his team will dig deeper into a number of specific problems.

“While I would love to be in the position to expand out into other areas, I think what our city needs right now is a focus on the basics: improve public safety, better address street homelessness, clean up our city and speed up permitting (for development),” he said.

Mahan said his staffing should be close to complete by the end of December.

Mahan, who currently serves as the District 10 councilmember, said he’s encouraging his team to stay in their positions for the next few months to provide a continuity of services for residents. This will aid the soon-to-be appointed councilmember who will replace him in late January.

“The most important thing I can do in these first few weeks is hire a great team and make sure they’re set up for success,” Mahan said. “I’m just thrilled about the possibilities. There are already so many smart people within the building and a lot of exciting people from outside of City Hall who have reached out.”

Councilmember-elect Bien Doan, who beat out incumbent Maya Esparza to represent District 7, said his focus is on hiring staff that represents his East San Jose district.

“In order to have a successful tenure, you have to have a strong staff,” Doan told San José Spotlight. “There’s tons of applicants and I’m reaching out to a lot of different communities. The Vietnamese, the Hispanic, the Chinese and the Indian communities to make sure that we have all the representation and qualified candidates.”

When a councilmember terms out, it’s not uncommon for their staff to stay on and work for the incoming official. Doan hopes to shake things up and hire his own people—though some of Esparza’s staff are being considered for positions. However, Councilmember-elect Rosemary Kamei, who is taking over the District 1 seat from Vice Mayor Chappie Jones, said she is keeping many people from Jones’ team.

David Gomez is staying on as chief of staff, Ngan Nguyen will continue doing social media and communications and Grace Kobylinski is staying on as a public safety policy aide. Kamei hopes to add two other policy aides—one who specifically focuses on land use and development policy.

“It is really helpful to have someone who’s knowledgeable and understands the different systems,” Kamei said, adding she is grateful so many of Jones’ staffers are staying.

“I was looking at people who have been doing great work in the community and know the community,” Ortiz told San José Spotlight. “So people from organizations like the Si Se Puede Collective, School of Arts and Culture, SOMOS Mayfair and other vested partners.”

Ortiz has his whole team filled out except for chief of staff.

“(Chief of staff) is a really important position so I want to be very deliberate with it,” he added.

District 3 Councilmember-elect Omar Torres is is replacing termed-out Councilmember Raul Peralez to represent the downtown core. He is retaining two City Hall veterans—termed-out District 5 Councilmember Carrasco as his senior advisor and her current chief of staff Kiara Arreola as interim chief of staff for the first half of 2023. Carrasco unsuccessfully ran for a seat on the Santa Clara County Board of Education in November.

Torres, who worked in Carrasco’s office, credits her for his start in politics—which is why he asked her to serve as his advisor. The rest of his team is also in place.

“My staff is made up of community leaders, folks who worked in the nonprofit sector and folks who own their own business, but most importantly they are (mostly) District 3 residents as well,” Torres said. “It’s important to to hire staff that looks like and lives in the neighborhoods that I was elected to represent.”