The San Jose airport’s decision to rebrand has exposed a rift between airport leadership and the commission that advises on changes at the South Bay’s sky hub.

The new logo will feature two sets of orange plane wings bordered by the new name and the airport’s abbreviation: SJC.

Members of the San Jose Airport Commission said while airport officials previously told them of plans to rebrand, this month’s announcement came as a surprise. They said they should’ve been informed of the announcement at their last quarterly meeting in November. The commission’s next meeting is in February. 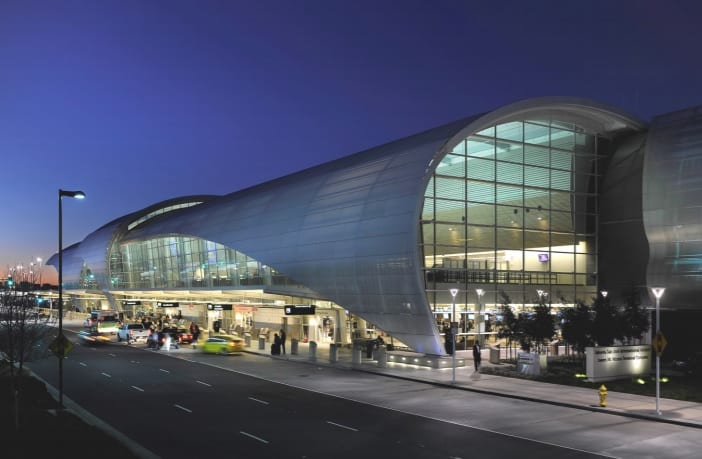 The name and logo change could cost millions of dollars, Commission Chair Dan Connolly said, a decision the commission should’ve had a say in.

“This is a prime example of how the airport bypasses us,” Connolly told San José Spotlight. “What do you have an airport commission for if you’re not going to brief them on what’s going to city council?”

Airport spokesperson Scott Wintner said it was too early to announce the name change at the November commission meeting.

“We weren’t prepared to release the information to the council and to the public until we did,” he told San José Spotlight.

Commissioner Catherine Hendrix told San José Spotlight she loves everything about the new rebrand, but said the airport commission should have had buy in.

“The airport commission was not considered a stakeholder so we weren’t given an opportunity to provide input on the new name or the new logo,” she said.

The rebrand is still in the planning stages, Wintner said, noting he’s unsure if the airport will develop cost estimates for changing its name before moving forward. He declined to comment further on Connolly’s complaints.

The airport’s rebrand is the result of several studies that show some passengers struggle to find tickets online because they don’t know whether to search for Mineta’s name or San Jose, and Mineta’s name is frequently dropped from the airport’s name when discussing it.

The airport is named for former San Jose Mayor Norm Mineta, who died in May. As U.S. secretary of transportation during the September 11, 2001 terrorist attacks, Mineta issued statements to airlines discouraging discrimination against Arab and Muslim passengers and helped create the Transportation Security Agency. The airport was named in his honor later that year.

The rebrand will not change the official name of the the airport, Wintner said, so it doesn’t require action by the city council.

Connolly said being surprised by the new name announcement is just the latest in what he calls a pattern of airport and city officials ignoring the commission’s input.

When the city considered raising building height restrictions near the airport in 2019, Connolly said, the commission voted against the decision, instead recommending a middle ground that would raise the height limits without conflicting with flight safety requirements.

The city and airport disagreed with the commission, Connolly said, raising the building heights beyond the recommendations. The change could cost millions in revenue to airlines and the airport, Connolly said, because airlines are forced to carry fewer passengers to meet safety requirements.

“Our job is to make recommendations to city council,” Connolly said. “(The) city council now uses their own wisdom to make their decisions.”