Gov. Gavin Newsom threw struggling restaurateurs a lifeline on Tuesday when he announced restaurants can open for dine-in in certain counties.

But the news won’t make a difference for Bay Area restaurant leader Angelo Heropoulos, who owns the farm-to-table Hero Ranch Kitchen in Saratoga and San Jose. After selling off the popular Greek chain Opa! three years ago, Heropoulos looked forward to opening My Place, a tapas restaurant in Saratoga. But that was before the COVID-19 pandemic hit.

Now, not only are his plans for opening a new Bay Area eatery on hold, his existing restaurants are struggling to survive after nearly eight weeks of quarantine.

“The hardest part with this is the uncertainty and just the lack of direction,” Heropoulos said. “Not because no one’s trying, but because this is such a moving target day by day.”

Under Newsom’s new guidelines, counties can set looser rules for reopening businesses if they meet certain testing, health care capacity, contact tracing and other state indicators. If approved, counties can move further into the second of four stages of reopening the economy, which now includes restaurants, shopping centers and outdoor museums, among others.

“This would allow patrons to start coming back in these counties that have conditions that afford those,” Newsom said during his briefing.

But even for those counties approved to reopen restaurants, dining in won’t be the same.

Diners should be screened for COVID-19 symptoms, according to the guidelines, and asked to use hand sanitizer and face masks. In addition to keeping everyone 6 feet apart, diners will wait in their cars before being seated and restaurants must offer disposable menus, reusable dinnerware and physical barriers.

As of Tuesday, only Butte and El Dorado counties met the criteria in order to reopen dining in at restaurants.

And it doesn’t seem that Santa Clara County will join the list just yet.

“From what we understand, our epidemic is neither increasing or decreasing,” county Health Officer Dr. Sara Cody told the Board of Supervisors Tuesday. “It’s just about staying steady, which means that if we peel back, we’re going to see an increase.”

On Tuesday, Santa Clara County reported 2,364 confirmed coronavirus cases and 129 deaths, representing a modest increase in cases and no change in the number of deaths from the previous day.

But when pressed by Supervisor Susan Ellenberg about whether the county is ready to make changes Newsom announced Tuesday, Cody held firm. “We’re not there yet,” she said.

The state also requires physical distancing through partitions, placing a priority on outdoor seating and limiting people per table. Face coverings for employees are strongly encouraged, but they’re required if workers are in close contact with customers or they work in areas where distancing can’t be maintained, like kitchens.

Ahead of the announcement, the California Restaurant Association issued its own recommendations to allow dine-in eating, adding it took guidance from state coalitions of local health officers and environmental health directors.

Jot Condie, the association’s president and CEO, said restaurants are at a critical phase of survival after nearly two months of closures.

“Each day that passes without opening increases the risk of permanent closure,” Condie said in a statement. “Today’s announcement gives us more clarity on what reopening looks like. We are grateful to the governor for recognizing how important local agencies are to the reopening of restaurants in thousands of neighborhoods all over California.”

In an attempt to get small businesses open again, San Jose leaders have proposed San Jose Al Fresco, a plan that allows restaurants, gyms, salons and other small businesses to set up shop outdoors in empty parking lots, alleys and streets.

More than 70% of California’s restaurant workforce has been laid off or furloughed since the virus’s spread and ensuing health orders, according to data from the National Restaurant Association, while the San Jose Downtown Association estimates roughly 6% of downtown’s 1,628 businesses are fully open.

“There’s a feeling we can’t stay in forever, and we need to discuss getting out safely,” LeBlanc said. “Restaurants are one of those things to make us feel normal and feel healthy.” 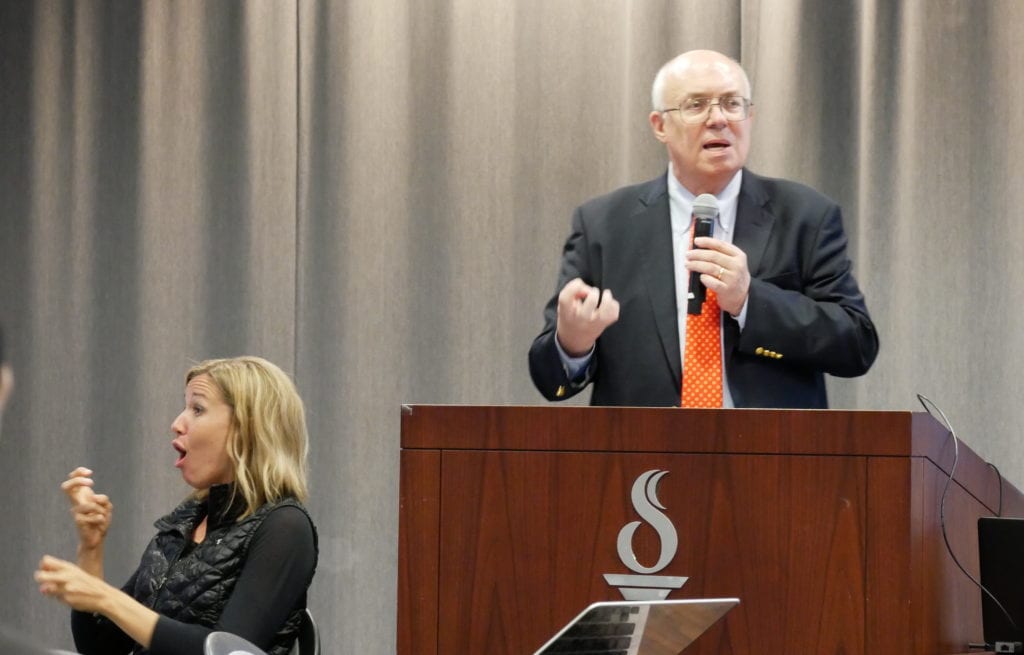 “Feelings are facts,” said Simitian, who represents the western portion of the county including Saratoga. “If folks feel this way — meaning skeptical of the advice they’re getting or the orders that are given — the fact that they may be objectively incorrect is all well and good. But the fact that people feel a certain way and act on those feelings, that’s a fact that has consequences that we have to step up to.”

In unveiling the changes, Newsom said more than 70% of California’s economy is now open, but he urged people to continue protecting vulnerable seniors’ health.

“That’s why practicing, and not just preaching, what’s in these guidelines is so foundational,” Newsom said. “It’s a way of just saying this: We’re putting these things out, and now we’re asking you to do even more than you have done.”

Heropoulos is working to install custom dividers and limited seating at his restaurants when the county reopens, but he says officials should consult with the restaurant industry for best practices on dining spacing and sanitizing.

“We’ve already tried to get ahead of the curve,” Heropoulos said. “People have created new habits. COVID has forced people to.”

Where can you find at-home COVID-19 tests in Santa Clara County?