Coworking is on the rise in Silicon Valley, but one popular coworking space in downtown San Jose will close its doors.

After eight years, NextSpace on 97 S. 2nd Street will close on Aug. 31 after its lease was not renewed. At least 24 companies and individuals will be scrambling to find a new office space.

“I’m not really sure why the lease wasn’t renewed,” said Community Manager Julie Kodama. “I wasn’t involved in that discussion. I have not heard of anyone else moving in and as far as I know, no one has toured the space to check it out for future occupancy.”

Kodama said the best part of managing the site was her members — who became the “heart and soul of NextSpace San Jose.” Although they rushed in and out to meetings and other commitments, the group quickly drew close and became a family.

“The best part about this job was getting to know members and the lasting relationships that resulted,” Kodama said. 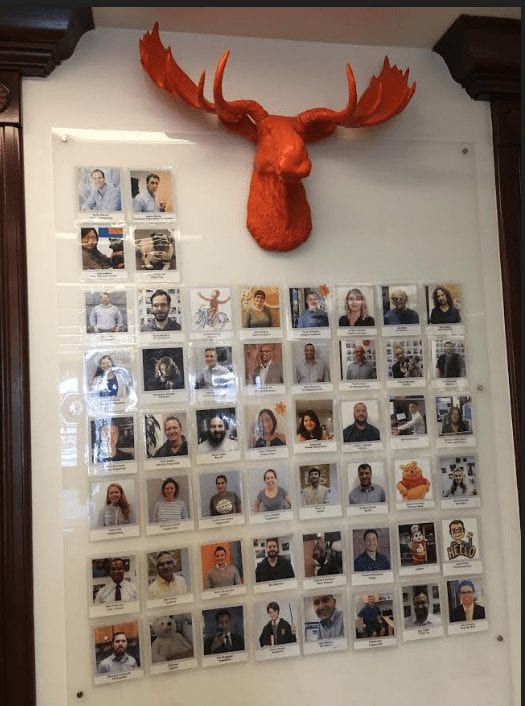 Underneath a plastic orange moose head stood the “Members Wall” that Kodama created containing tiny square photos of her members. One member has a Winnie the Pooh photo instead while another featured an emoji.

Some members have moved to other shared spaces in San Jose, while others have opted to stop coworking. Many of the “mailbox members” — those who don’t cowork on site but get their mail there — are moving to Pacific Workplaces on Market Street.

Veggielution, which was placed at NextSpace through All Good Work Foundation, an organization that pairs nonprofits with shared workspace, will be one of the 24 businesses displaced from downtown San Jose. Veggielution is a nonprofit that uses public spaces to grow fresh, healthy food for underprivileged communities.

“Veggielution is the only organization that was working at NextSpace San Jose through All Good Work,” said Amy Feldman, All Good Work’s Silicon Valley program director. “We have already done site visits with two other coworking locations in San Jose and they will probably decide which one they will relocate to next week.”

Thompson said he enjoyed being near grantees at NextSpace, such as Veggielution and California Walks, and being close to San Jose City Hall.

“We loved our set up there,” Thompson said Friday. “It provided a nice space to work and meet grantees. We also liked to keep a pulse on the city right outside our window. But I can understand the need to get the best use out of a prime location.”

Thompson added that NextSpace’s closure drives home the point about “how we need to work to ensure that nonprofits can remain in the places they service.”

Coworking is on the rise in Silicon Valley and across the country as companies look to work smarter amid rising real estate costs and work more collaboratively with others. WeWork, which opened in New York City in 2010, is now valued at $47 billion and spent $2.5 billion expanding its global operations last year, according to the Financial Times.