Santa Clara renters are now protected from evictions through May 28 if they’re unable to pay rent due to financial strain caused by COVID-19.

After the City Council adopted an urgency ordinance two weeks ago, state and countywide eviction moratoriums were also approved, leading Santa Clara leaders to approve an adjusted timeline to avoid confusion for residents.

City Attorney Brian Doyle said decisions regarding further extensions will be made when city officials know more about the coronavirus crisis. Landlords cannot take legal action to recover unpaid rent until 120 days after the moratorium ends.

Plans for a Small Business Relief Program are set to come back to the council during a special meeting 2 p.m. Wednesday.

Approval of a nearly $400,000 contract to start developing a Pruneridge Avenue Complete Streets Plan was delayed Tuesday, as government mandates related to COVID-19 have severely reduced vehicle, bike and pedestrian traffic within the corridor.

The City Council unanimously agreed that until residents and commuters return to that roadway – along with the delays and safety issues they bring – the city should not allow Alta Planning + Design, Inc., a San Rafael-based consultant, to start work on solving those issues. 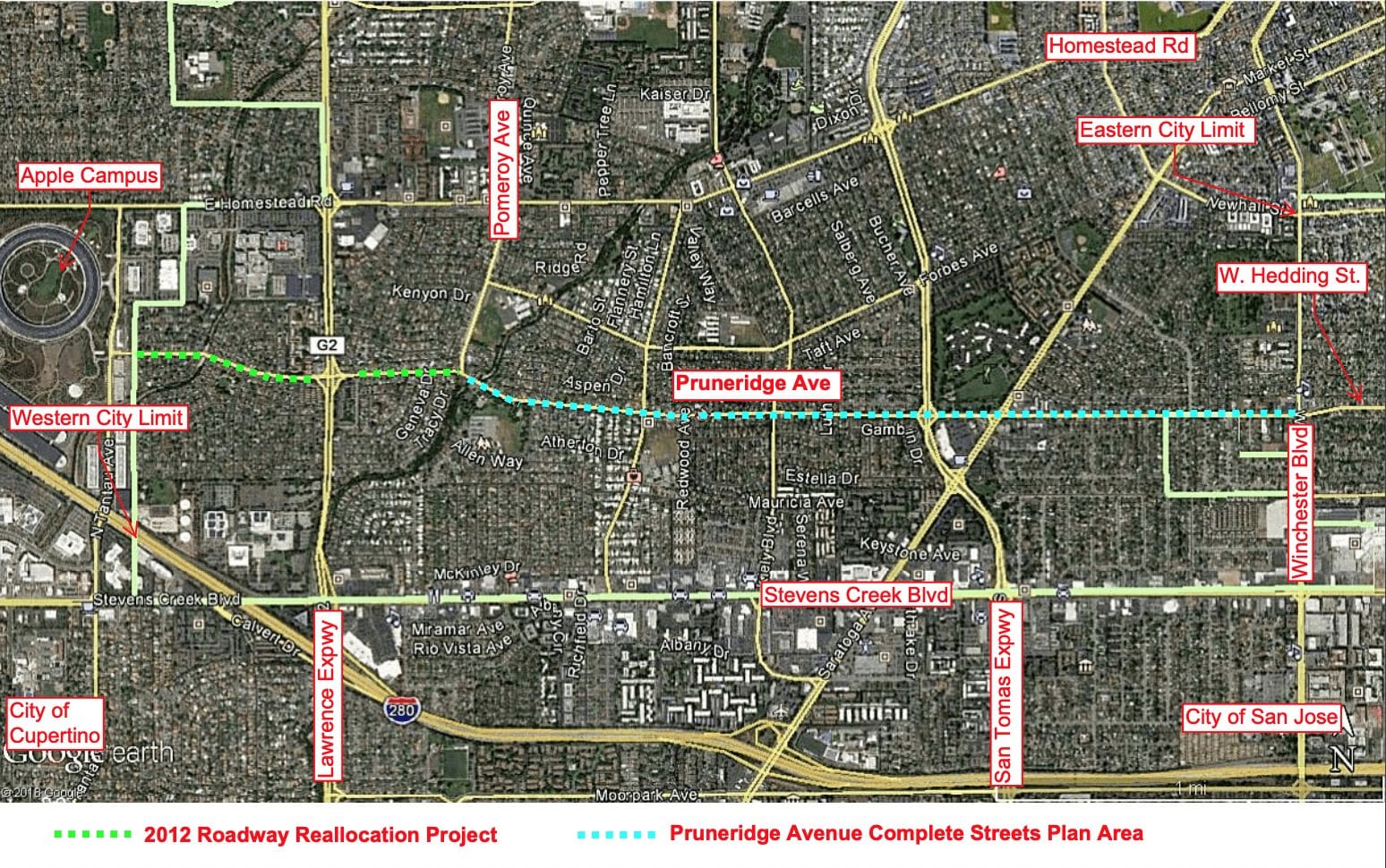 “This particular topic is one that’s very sensitive in District 6, I can tell you that right now,” Mayor Lisa Gillmor said. “If we move ahead now … and come to some decision that has not fully been vetted by the community, I think we’re going to run into a lot of trouble.”

Public Works Director Craig Mobeck said that while the traffic study could be delayed, the project is primarily funded through a grant, which requires it to be completed by Feb. 2022.

The Complete Streets Plan will have a team of architects, engineers and land surveyors find solutions for traffic, collisions and efficiency along Pruneridge Avenue from Pomeroy Avenue to Winchester Boulevard, charging a maximum rate of $398,245. Part of the design and planning process requires analyzing parking demands and existing traffic operations, including peak period travel time runs. It also includes extensive outreach, including four public events, six community workshops and three meetings with the Bicycle and Pedestrian Advisory Committee.

Until residents are able to meet in large public groups again, councilmembers felt those efforts should be postponed.

“People will be up in arms,” said Davis, who represents District 6. “You have people who live over here who have a lot to say about what’s going on. I just don’t see this happening right now – just the way the times are, the way people are feeling.”

City officials presented the three new loan agreements with Bank of America, which are intended to save the city money by capitalizing on current market conditions and lower interest rates. Manuel Pineda, chief electric utility officer and assistant city manager, said the plan to refinance has been in the works since September.

Lopez: How we can help Silicon Valley’s small businesses survive the pandemic

“We’re taking the opportunity to refinance those bonds, and we’re looking at net present value savings of about $20 million by doing this right now,” he said.

All combined, the principal — the original amount of money owed before interest — of the three loans are not to exceed $70 million, $50 million and $25 million, respectively. According to the staff report, current interest rates of the new agreements are between 1.3 and 2.5 percent and will be locked in two days before closing, which is expected by the end of the month.

Despite the fact that the changes are happening amid concerns of a national recession due to the coronavirus pandemic, Pineda said he’s not concerned about any negative impacts to the city. Instead, he said lower interest rates will ensure lower utility bills for Silicon Valley Power customers.

“We have the lowest rates pretty much in the entire Bay Area for electric utilities,” Pineda said. “So, this kind of action allows us to maintain those low rates for our residents and gives us even more ability to keep those lower rates where they’re at today.”

Councilmember Debi Davis said after the city recently gave a $30 credit to Silicon Valley Power customers, she thinks the city now owes them even more savings through these refinanced bonds.

An estimated $2.4 million will be spent repairing the following corridors, over the course of multiple projects:

Another 2.8-mile pavement preservation project to replace asphalt, construct ADA-compliant accessible ramps and replace traffic striping across three segments of Homestead Road, Scott Boulevard and Newhall Street was also approved. The G. Bortolotto & Company, Inc. will take on the project, with a bid of approximately $4.3 million, which is 3.7 percent below the engineer’s cost estimate. Construction is tentatively planned to be completed by fall 2020.