As members of the Santa Clara City Council raise the LGBTQ Pride flag at City Hall Friday morning, a 25-year-old city policy denied a gay commissioner from standing in as a last-minute replacement.

When Vice Mayor Karen Hardy, a math and computer science teacher at Wilcox High School, recently learned that she had the opportunity to see her senior students off at a “drive-thru” graduation parade Friday morning, she was concerned about the time crunch.

Trying to solve the scheduling issue, Hardy said she asked the city secretary to allow Anthony Becker, Santa Clara Planning Commission chair and an openly gay man, to step in and take her place in the ceremony declaring June as Pride month.

“(Becker) was there at the council meeting last year when we did the proclamation for Gay Pride Month; he was so excited and so supportive,” Hardy told San José Spotlight. “If I can’t be there, that seems like the perfect person to represent me. I think it seems strange to not have someone who is serving in a high position as a volunteer in the city.”

While Becker seemed like a great pick, staff declined the request, citing a policy from 1995 that permits representatives only “provided they have obtained the prior authorization of the City Council,” meaning earning a majority vote on the issue.

City spokesperson Lenka Wright said the issue could have been voted on during the council’s special meeting Thursday morning, but said the city received no request or inquiries to have the item added.

The vice mayor said she’ll try to attend but leave early in time for the senior parade. While this is the first time she’s requested a replacement, it’s also the first time she’s heard of the policy in her two years on the City Council and involvement with the city since 1992.

“I thought it was really simple, turns out maybe not. I should know that politics are never simple,” Hardy said. “Quite frankly, when we do these (filmed ceremonies) with the councilmembers, the mayor talks and you’re just kind of a prop standing there waving.”

Becker said that’s all he was hoping to do.

“I really want to be there, and I don’t have to say a word,” Becker told San José Spotlight. “I thought I could stand with them, help Lisa raise the flag or something. That was the only thing I was asking.”

He questioned whether others in the local LGBTQ community like Billy DeFrank Center President Gabrielle Antolovich or former County Supervisor Ken Yeager also had to be voted on to be included and speak in previous years’ events.

Learning of the policy for the first time Thursday, Becker said he’s frustrated at the lack of communication, claiming he and Hardy inquired about the substitution request for more than a month. Becker said he wishes the city had shared the policy, so there could be enough time to follow protocol — especially since he’s no stranger to City Hall — instead of responding at the 11th hour.

“I give credit for the mayor for her response back, but wonder why it took this long to find out the policy in which a journalist had to obtain the policy for me to see and understand,” said Becker, who is running for City Council this year. “Glad to know there is a policy days after I requested it. Again, (the) council could have taken action today, yet the city was slow in the response and the protocol I would have had to obtain.”

Despite the denial to stand in for Hardy, Becker said he’ll still attend — if only as a socially-distanced audience member — to honor the occasion. Becker said the debacle hurts the city at a time when the issue of representation and amplifying marginalized voices is highlighted on the national stage.

“The point is being able to be there to participate with my government leaders to raise the Pride flag as a representative of the LGBTQ community, and I think it’s really important — it shows that we’re working together,” Becker said. “As we continue to keep doing these kind of things, we need to challenge those who want to exclude us by pushing to be included, or else we are just repeating history all over again.” 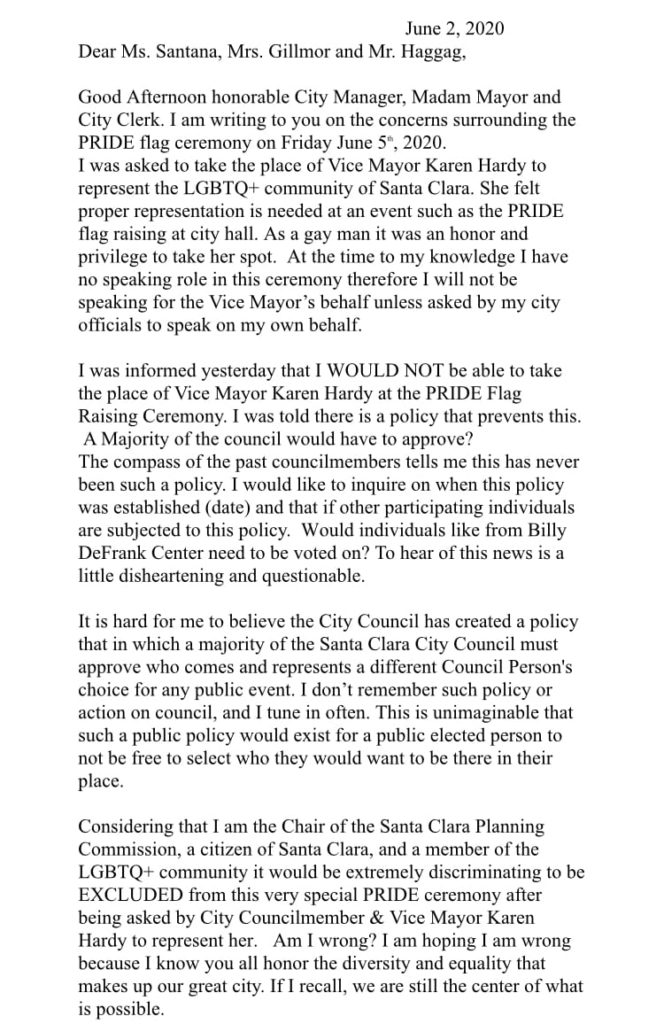 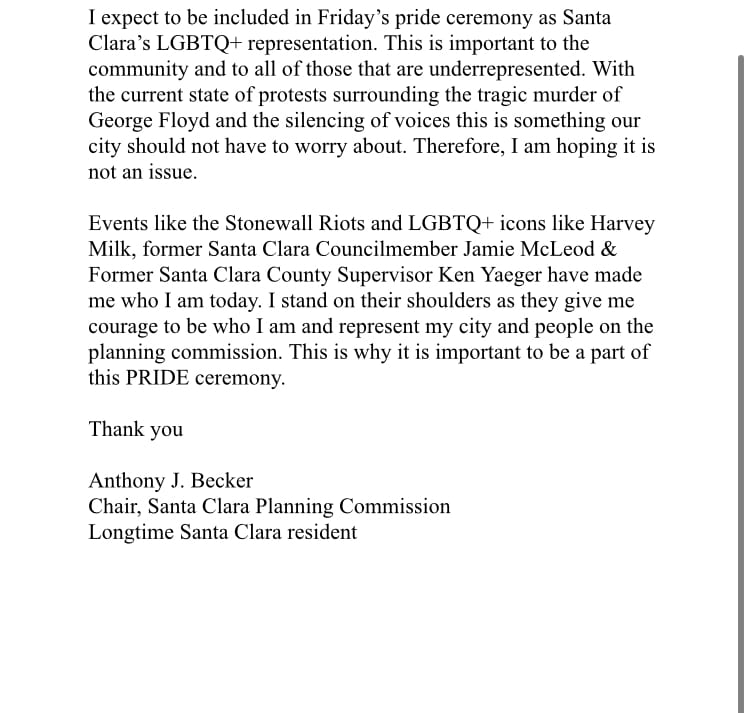 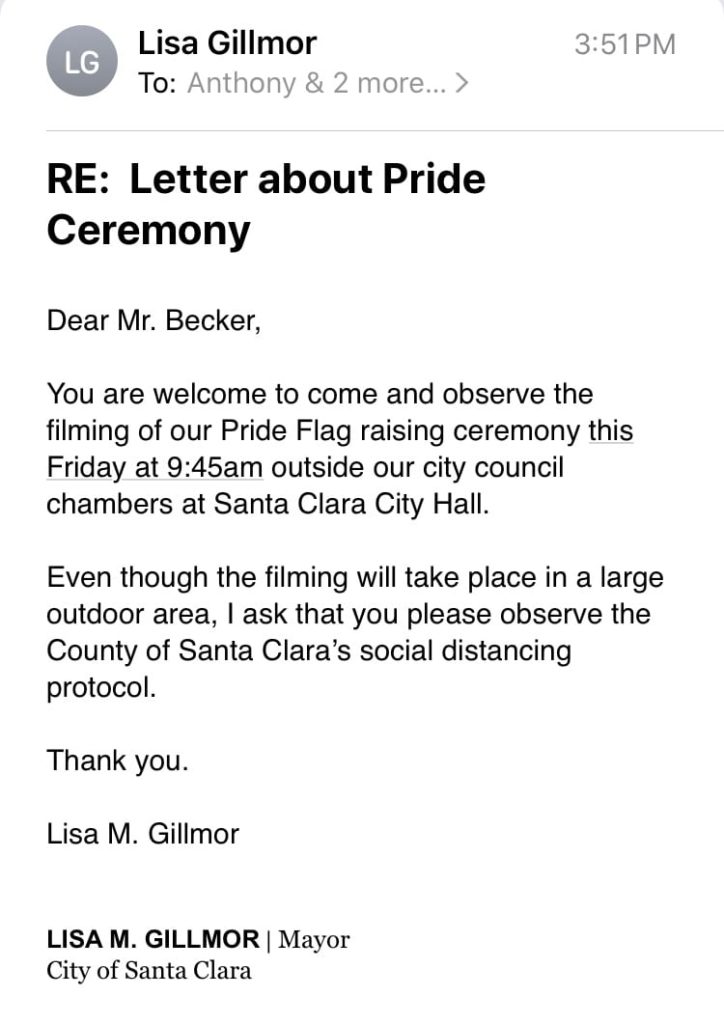