The fate of Coyote Valley has been looming over San Jose residents’ heads for more than 40 years, dividing the city on whether to preserve or develop the 7,000 acre plot of mostly undeveloped land out on the fringes of south San Jose.

Thursday night, that debate sparked to life as experts and policymakers gathered at a panel downtown hosted by San José Spotlight to discuss the valley’s future and potential uses.

The first set of questions, crafted by senior reporter Janice Bitters, addressed what each expert’s vision was for the valley.

Jimenez said he’s wary of supporting large developments in the area, raising concerns that the local water supply can be contaminated. Instead he said he supports “smart growth” in the city such as building densely around transit corridors.

Though the debate between conservationists and developers over Coyote Valley has been raging for decades, the fight has recently intensified since Measure T — a $650 million bond — passed in Nov. 2018, as city leaders grappled with how to spend $50 million of those funds for environmental protection and disaster preparedness in the valley. Specifically, the northern portion of the valley has been eyed by the city as part of the Envision San José 2040 General Plan as a potential industrial site that could fit nearly 30,000 jobs. 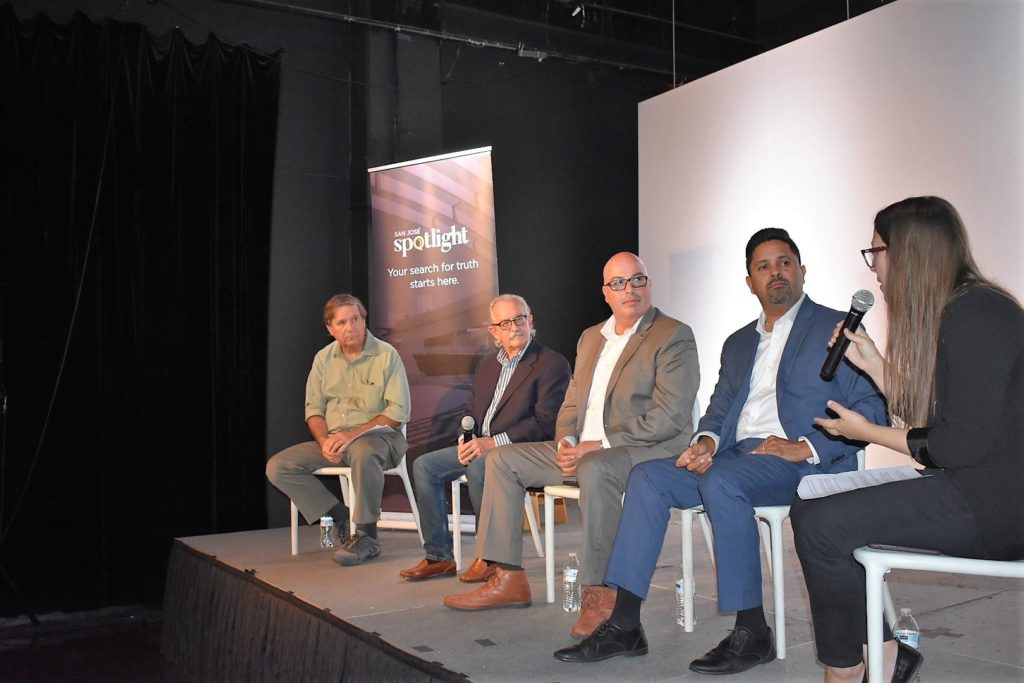 Khamis weighed in, citing that he previously advocated for a study on the land’s potential uses including water retention and flood control as part of Measure T. But he said that building an industrial plant in the region is no longer on the table and that jobs need to be found elsewhere to stimulate the region’s economy.

“This land is no longer going to be job producing land. We have to find jobs elsewhere in the city of San Jose,” added Khamis. “Jobs actually provide the revenues for our city, not necessarily housing.”

Bitters asked how climate change will affect the region if development does occur, particularly without increasing the chances of flooding, a longstanding fear in the valley because of neighboring creeks.

As Schoennauer pointed out, many tech companies, notably Apple, Cisco and IBM once thought of developing their campuses in the area, but policies in the late 60s and 70s set aside the land for urban reserves. Despite flood control being an issue, Schoennauer added that it wouldn’t have stopped developers and that infrastructure in the region is still possible.

“The infrastructure was doable. Flood control has always been an issue with Fisher Creek,” Schoennauer said. “But those are all pretty typical infrastructure improvements that most developers would be able to handle.”

Now, environmentalists say that developing there could harm the natural ecosystem by preventing wildlife from crossing between two important mountain ranges — the Santa Cruz Mountains in the west and the Mount Hamilton range on the east. Edgerton, an advocate of conserving the valley, said that he would like to see the entire area converted to a natural public park or be used as a wetland to “sink” the flood water that gushes into the region. 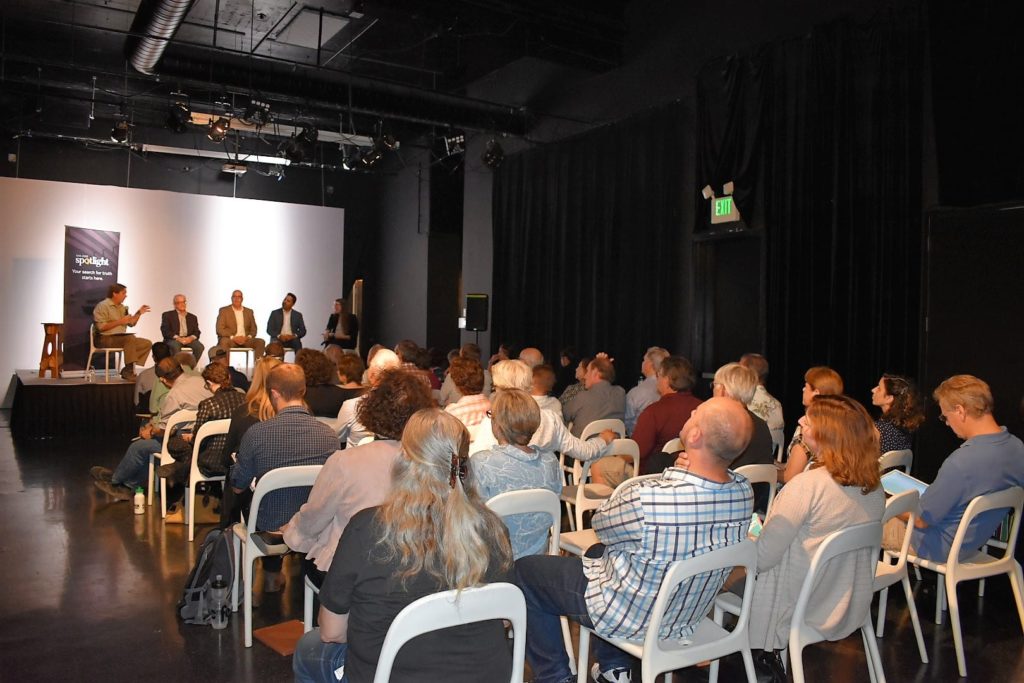 Other ideas the panelists debated were using the open space for a “natural” recreational or sports field, as Jimenez pointed out, and for agricultural uses or open space as Khamis suggested.

But many landowners aren’t happy about preserving the land for open space or conservation. Audience member Ken Saso, a landowner whose family has been in the region for almost 100 years, chimed in, frustrated at the panelists for not addressing the interests of landowners.

“I represent six generations that have lived in this valley. We are the landowners — I guess we’re the bad guys,” said Saso. “Because nobody wants to talk about the history and how it affects human beings — six generations.”

Saso said that local leaders have teased developing on the land since 1975, though plans have always fallen through due to fears of flooding or for environmentalist concerns. As a result, the land has lost its value, angering landowners like himself who’d like to sell or invest in it.

“Nobody’s ever talked about how to come up with the funding or how try to purchase it,” Saso added. “All you want to do is control it. Well, when you control the value, you control the people.”

Still, the future of the valley remains up in the air. California Assemblymember Ash Kalra introduced a bill aimed at protecting the valley. While Jimenez supported the measure, Khamis said he advocates on behalf of local control rather than state “telling local jurisdictions what to do.”

“Is there a political will to do anything but preserve the land? The discussions that are being had are to keep this available for wildlife protection, open space, recreation, and things like that,” added Khamis. “But the political world changes later on.”