EconomySan Jose
by Brian Howey
A Federal Deposit Insurance Corporation report states that households or homes without bank accounts in San Jose have skyrocketed from 1.9% to 13.2% between 2019 and 2021. File photo.

The number of Silicon Valley households without bank accounts has skyrocketed, a recent federal survey has found.

According to a biennial survey conducted by the Federal Deposit Insurance Corporation (FDIC), the rate of unbanked households, or homes that do not have at least one bank account, jumped from 1.9% to 13.2% between 2019 and 2021 in the San Jose metro area, far more than any other metropolitan region in the country. The survey defines the metro area as San Jose, Sunnyvale and Santa Clara.

The local rise contrasts with the national rate of unbanked households, which fell from 5.4% to 4.5% during the same period, the lowest rate since the FDIC began the survey in 2009.

San Jose is an outlier, even among other California metro areas. The San Francisco-Oakland-Hayward area saw a 1.2% rise in unbanked households, while the Los Angeles, Sacramento and San Diego metro areas all saw declines in their numbers.

Yacanex Posadas, who offers business coaching and support to Latino-owned businesses in Silicon Valley, said the area’s large Hispanic and Latino populations may be a factor in the discrepancy.

A year of despair and resiliency: How COVID-19 changed San Jose 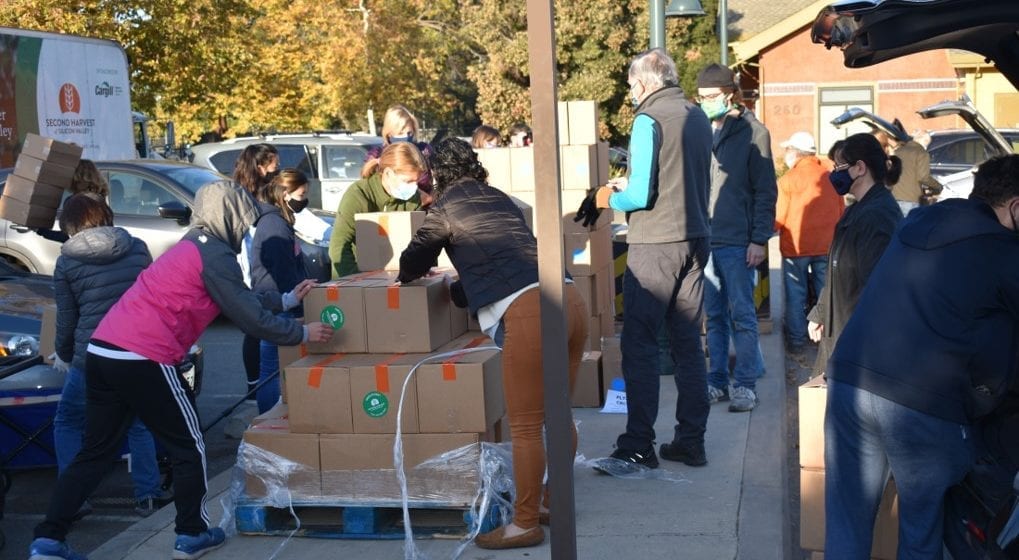 “People from Mexico and Latin American countries don’t generally trust the banks at home,” Posadas told San José Spotlight. “If you grew up in a country where you don’t trust the banks, and you don’t really need to use the banks, you just continue as-is. You just don’t know there’s another way you can do this.”

Posadas believes strict COVID restrictions in Santa Clara County, former President Donald Trump’s immigration lockdown and technology barriers are all factors that could have contributed to Latino residents feeling as if they couldn’t have bank accounts.

Being unbanked can be expensive and risky in the long run, Posadas said. Check-cashing stores charge fees for their services and storing money at home can become a security issue, especially for unbanked business owners.

“You can’t have $100,000 hidden under your couch,” Posadas said. “Having it in your bank account is certainly a safer alternative.”

Goodwill of Silicon Valley CEO Mike Fox said he’s seen resistance among residents, many of them Goodwill employees, who have participated in the organization’s financial literacy programs. He said this is especially true of undocumented clients.

“They didn’t want the banks to have all their information like their social security number,” Fox told San José Spotlight. “There’s distrust that maybe their information in the bank’s hands could create problems for them.”

Past practices of charging hefty overdraft fees have also historically put off would-be account holders, Posadas said, even though many banks no longer charge those fees.

Nationally, the rate of unbanked households is on the decline.

A massive spike in unemployment triggered economic uncertainty during the early months of the pandemic, but Americans still continued opening bank accounts, the FDIC report found. This was thanks in part to state and federal economic stimulus packages, according to the report, paired with the increased availability of remote bank account-opening options, which gave residents the funds and access to more easily open accounts.

But while national unbanked rates have dropped overall, households with lower-income and lower education levels continue to experience higher unbanked rates. Black and Hispanic households and single-mother households are also less likely to have bank accounts, the report said.

“The primary reason most households give for not having a bank account is that they simply can’t afford it, despite the widespread availability of low- or no-cost accounts,” an FDIC spokesperson told San José Spotlight. “This is why so many in and out of government are working to get more households into the banking system by connecting them with accounts that offer them quicker, safer and cheaper access to their money.”

National survey respondents without bank accounts also said they didn’t trust banks or that avoiding banks afforded them more privacy. The FDIC was unable to comment on why unbanked rates in San Jose rose so sharply compared to other metro areas.