A movement to remove police officers from schools is underway in East San Jose.

Families of East Side Union High School District are calling on officials to terminate agreements with police for school resource officers and outside law enforcement on campuses. As of Monday, a Change.org petition, created under a profile called “East Side Union Families,” has gathered just under 1,500 signatures in two weeks.

According to the petition, recent actions by the San Jose Police Department during student-led demonstrations against police brutality, including officers shooting rubber bullets and tear gas at peaceful protesters, highlighted the need for change.

“Due to ongoing police violence nationwide and in light of recent local events that have demonstrated law enforcement’s disregard for the safety of our East San Jose youth, it has become clear that the presence of police in our students’ learning environment is inherently unsafe,” the petition states. “Eliminating police presence is a necessary safety measure and an important step in eliminating the school to prison pipeline, but more work is required to create a safe and equitable educational experience for our students.”

Rosa De León, Californians for Justice organizing director for the campaign, said policing in schools – especially of students of color – has been an issue in East Side since at least 2004, when she graduated from Overfelt High School.

Now sixteen years later, De León said this work to remove officers is an effort to uplift voices, values and concerns of young Black leaders, including the negative societal effects of policing youth.

“We know that having police on campus does not support learning,” De León said. “Our students feel targeted, and we know that when you have direct contact with police, they’re more likely to drop out and oftentimes not even get their rights respected.”

A 2011 report from the Justice Policy Institute said the presence of Student Resources Officers – who are sworn members of the police department – can lead to youth’s rights being ignored, including harassment and use of force, especially for minority students.

The presence of police officers increased on campuses after the 1999 Columbine shooting, but according to Marc Schindler, head of the Justice Policy Institute, there’s no evidence showing the expansion created safer schools.

“In fact, the data really shows otherwise — that this is largely a failed approach in devoting a significant amount of resources but not getting the outcome in school safety that we are all looking for,” Schindler told NPR in 2018.

A coalition of East Side teachers, classified staff, students and alumni have already coalesced to discuss divesting funds from SJPD, especially as school funds are already scarce due to Proposition 13, which slashed the rate of property tax revenues flowing into schools, as well as budget cuts due to coronavirus.

If the district approves terminating agreements with the San Jose Police Department, those dollars could be put into mental health services, school counselors and restorative justice intervention practices, according to Peter Ortiz, a Santa Clara County Board of Education trustee.

The petition will be presented to the school board and superintendent during its meeting Thursday, Ortiz said, asking for a vote on the issue during the following meeting, Aug. 20. 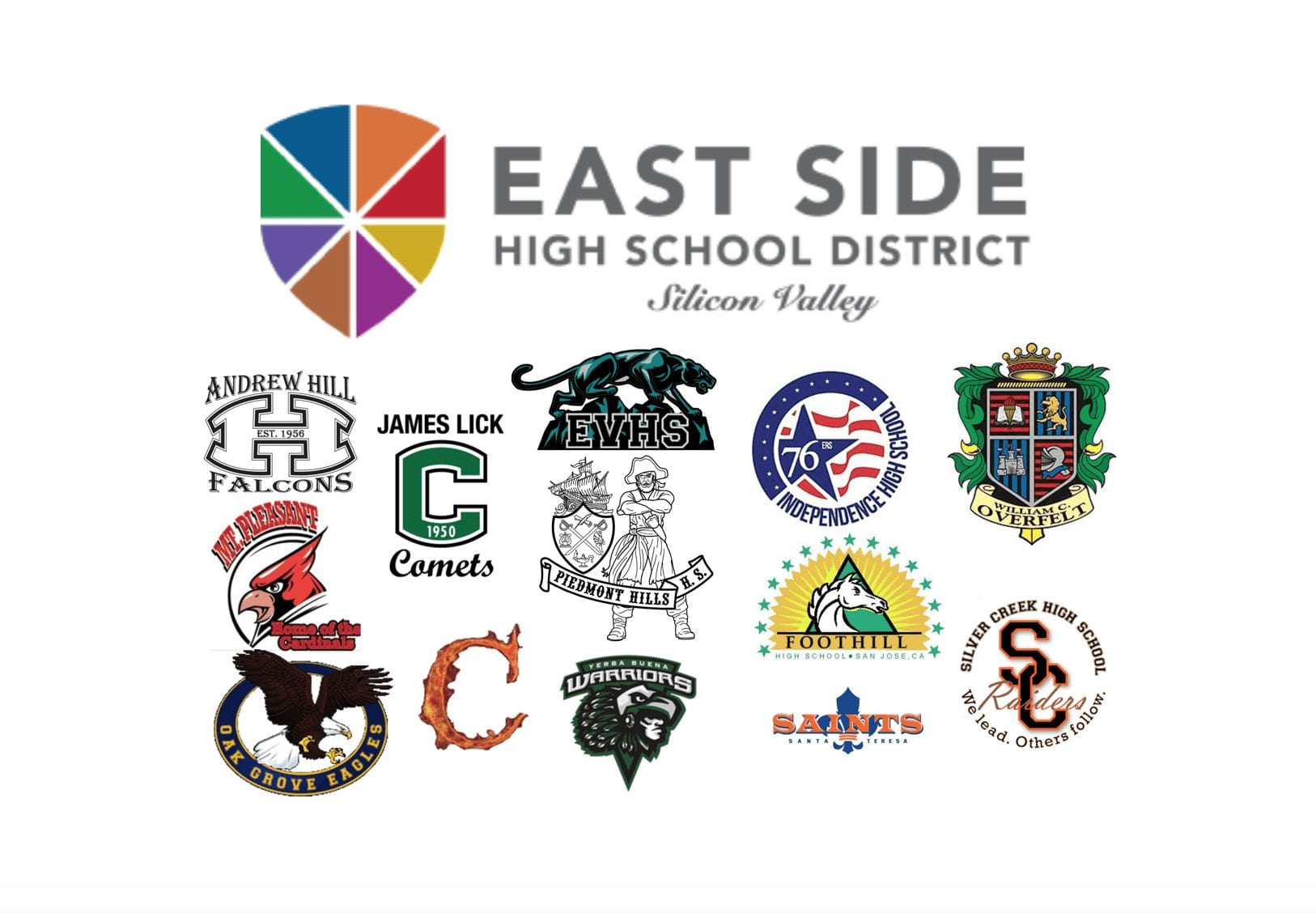 In addition to removing officers from schools, the petition asks ESUHSD to prohibit staff from calling law enforcement for issues including disruptive behavior, fighting without deadly weapons, possession of controlled substances not intended for distribution and perceived drunkenness or intoxication.

Families are also asking that investments be made in non-punitive efforts, including implementation of school safety plans, trauma-informed practices, conflict resolution, peer mediation and de-escalation techniques.

Even when police are called, the petition requests that the school must be notified prior to entering school property, while parents and guardians must be notified of police interactions with students. No authorization will be required for incidents not related to the school.

According to a memo from Superintendent Chris Funk, data from the most recent school year show that “the numbers do not justify the need to have regular officers on campus to provide the needed approach to safety.”

During the 2019-20 school year, 31 citations and five arrests were made across the district’s 30 schools. The arrests and citations were for incidents on campus, other than one citation due to an event on the way home from school.

But policing looks different between schools across the large district, according to Jessica Gutierrez, an art teacher at James Lick High School.

Some officers are stationed at schools, some come in a few times a week and some patrol between schools. While Funk’s memo addressed arrest rates, none of that data reflects how many students were marked truant or earned suspensions from school officers, which can also lead to the school to prison pipeline and negative outcomes.

Funk’s memo did not mention the costs of the police agreements, sparking concern as school districts face budget cuts that began even before the COVID-19 pandemic.

“We want to use that money that was part of those (police) contracts to invest in student resources,” Gutierrez said. “At my school, the kids have to fundraise to even pay for buses to go to their sports games because we don’t have money for it. They just don’t have the resources to fundraise for our students, so the kids are having to sell chocolate bars.”

The San Francisco Board of Education will make its decision to remove police officers from schools Tuesday, while the Oakland Unified School District will vote on the same issue Wednesday. Minneapolis Public Schools ended its decades-long partnership with police earlier this month, as did schools in Denver and Portland.