A disgraced ex-eBay employee helped make high-level decisions for former San Jose Mayor Sam Liccardo three months after he lost his job at the tech giant for his alleged part in a stalking campaign.

Boys and Girls Club Silicon Valley CEO Steve Wymer, who was fired by eBay in September 2019 for his alleged involvement in the harassment scheme, joined Liccardo’s communications team in December that year and worked for the former mayor for at least five months, emails obtained by San José Spotlight show. Wymer was a “volunteer” and wasn’t paid a penny, city officials say, yet he received an official city email address and advised Liccardo on everything from how to respond to media inquiries to who to hire for the mayor’s team, a San José Spotlight investigation has found.

Wymer lost his job at eBay for allegedly facilitating a harassment campaign against a Massachusetts couple that included sending them disturbing packages with live insects and bloody masks.

San José Spotlight previously revealed how Wymer’s ties with powerful Silicon Valley politicians, including Liccardo, appeared to shield him from criticism over the eBay scandal that made national headlines and potentially helped him land the top job at the nonprofit agency—a sector he had no experience in. The emails further shed light on Wymer’s far-reaching influence over the mayor’s office and city business. He also socializes with newly-elected Mayor Matt Mahan, raising questions about his continued influence at San Jose City Hall.

City officials mulled paying Wymer $9,800 for up to six months of work, but the contract was never finalized. The city refused to turn the contract over to San José Spotlight under a public records request, citing attorney-client privilege.

“A contract was discussed but never implemented, and he was never compensated in any way,” Liccardo’s spokesperson Rachel Davis told San José Spotlight. “Mr. Wymer did not have a contract with the city, he was an unpaid volunteer.”

Wymer volunteered his time to the mayor’s office from December 2019 until at least April 2020, according to the emails, while the office looked for a new communications director.

“There was some talk about whether or not I would take a job,” Wymer told San José Spotlight. “We never wound up doing that. I’ve never been compensated by the city. I’ve been assisting, and friends with, and involved with the mayor since he was a councilmember.”

Wymer said his time at the former mayor’s office is one of several volunteer stints he’s done for Liccardo.

The reasons for Wymer’s firing from eBay became public in June 2020, shortly after he stopped working for the mayor’s office. Both Wymer and Davis refused to say whether Liccardo or his team were aware of the accusations against Wymer or that eBay had fired him before he began working for the former mayor.

The city's refusal to disclose whether it knew about Wymer's past has raised ethical questions among some experts. 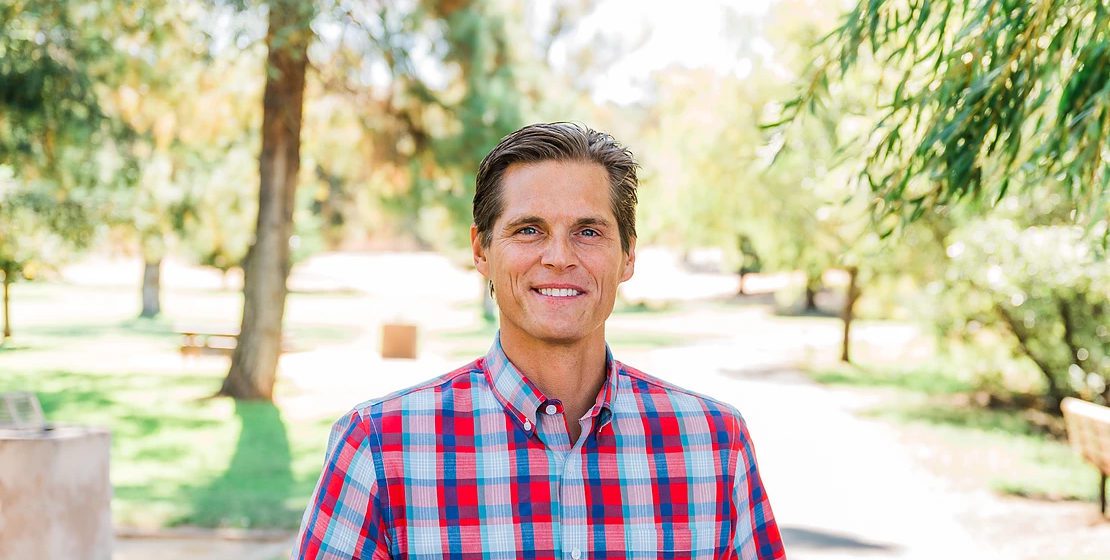 "In a democracy you need to be honest with your constituents and the public," said Sean McMorris, an ethics and transparency program manager at California Common Cause. "If you just stonewall the public, they’re going to continue to scrutinize and wonder why you won’t answer the questions."

Wymer had an ethical responsibility to disclose his reasons for leaving eBay if asked, McMorris added, but whether Liccardo should have allowed Wymer to volunteer despite his dark past was his decision.

"It’s the city’s right and the mayor’s right to decide who works for them," he said. "If they know the potential consequences or blowback of the public finding out and they're OK with that, it’s ultimately their decision."

A San José Spotlight review of more than 280 pages of emails exchanged between Wymer and Liccardo’s team show he was a mayor's office insider, part of a senior team with exclusive access to Liccardo.

In one January 2020 email, Liccardo's Chief of Staff Jim Reed included Wymer on communications intended just for "Mayor's Office folk," and he later referred to Wymer as “Brother Wymer."

Davis, the mayor's spokesperson, regularly sought Wymer’s input on news releases and responses to media inquiries on topics such as housing and tax hikes. Wymer helped draft some news releases and worked with the communications team to schedule Liccardo’s public appearances and interviews with reporters.

“Your statement is good, but it’s not really FROM the Mayor’s POV, it’s more just the city’s policy,” Wymer told Davis. “She’ll still want more of his actual thoughts IMO.”

On several occasions, Liccardo asked for Wymer’s feedback on op-eds the former mayor wrote for the Mercury News and San Francisco Chronicle on topics such as PG&E and the housing crisis. In March and April 2020, Wymer was included in emails to the city’s COVID-19 response team tasked with framing San Jose’s pandemic response.

Wymer met with city Executive Analyst Sarah Steele, according to several January 2020 emails, to review and narrow a list of candidates for the mayor’s communications director. According to the emails, Wymer handpicked which candidates should be interviewed and sat on a panel to vet the top contenders for the position.

Davis told San José Spotlight Wymer “was one of several people who helped to screen candidates for communications roles, but did not make hiring decisions.”

It appears that some city employees didn't know Wymer had been fired by eBay when he began working for the mayor.

“Since he sits on the Team San Jose board and works at eBay, he will need to wall himself off/recuse himself from any eBay and Team San Jose matters that come before the Mayor’s office,” a city attorney’s office employee wrote about Wymer in a December 2019 email discussing his position.

The victims of the harassment scheme, Ina and David Steiner, filed a federal lawsuit against Wymer and other former eBay employees in 2021. The ongoing suit claims Wymer and former eBay CEO Devin Wenig encouraged employees via texts and emails to harass the Massachusetts couple. Wymer wrote in one text message about Ina Steiner, “We are going to crush this lady."

He also messaged employees later convicted of stalking the Steiners. “She is a biased troll who needs to get BURNED DOWN,” Wymer texted about Ina Steiner. “I want to see ashes.”

The employees attempted to break into the couple’s garage to install a tracking device on their car, according to court documents. They also shipped a funeral wreath, a book about grieving a dead spouse, a bloody pig mask and live spiders and cockroaches to the couple’s home.

The Steiners and their attorney, Rosemary Scapicchio, declined to comment, citing the open case.

Wymer refused to discuss the accusations with San José Spotlight, but publicly said two years ago that he would “never condone or participate in any such activity.”

Even after his alleged involvement in the harassment scheme became public, emails reveal that Liccardo's staff remained friendly with Wymer, updating him about the comings and goings of mayor's office staff.

Wymer emailed six city officials in November 2021, including Director of Cultural Affairs Kerry Adams Hapner, Director of Economic Development Nanci Klein and former Deputy City Manager Kim Walesh, to ask for recommendations on hiring a CFO for the Boys and Girls Club Silicon Valley, where he had become CEO two months earlier. Wymer said he emailed "a dozen leaders" around San Jose about the job.

Despite the controversy over his past, Wymer would not rule out volunteering for Mahan—if it helps San Jose.

"I volunteered to work for the mayor, I have for 12 years," he said. "I’ll help any mayor. I do everything I can for my community."