InvestigativeSan Jose
by Brian Howey
Steve Wymer is pictured in this photo courtesy of Boys & Girls Club of Silicon Valley.

As the civil case against former eBay executive and longtime San Jose political insider Steve Wymer drags on, some experts are raising concerns about a local nonprofit’s decision to hire him as CEO.

One of Wymer’s most powerful political allies, San Jose Mayor Sam Liccardo, is meanwhile defending him.

Wymer is accused in an ongoing federal lawsuit of being the ringleader in a 2019 stalking and harassment campaign against a couple whose blog was critical of eBay, where Wymer worked as the company’s communications director. The tech giant fired Wymer in 2019 for his alleged role in the scheme. In a series of texts, Wymer appeared to help orchestrate a plan to silence the couple, which led to eBay employees taunting the couple online and sending them disturbing packages containing live insects and bloody masks.

After a year under the radar, Wymer in 2020 landed the top job at Boys & Girls Club of Silicon Valley, a nonprofit that provides after school programs for at-risk youth and disadvantaged families. His past experience is largely in communications, with previous stints at Nextdoor and TiVo.

Though he has been in the national spotlight for his alleged role in the stalking campaign, Wymer’s ties with powerful local politicos—some of whom continue to defend him—appear to have shielded the embattled executive from serious criticism locally. Now the decision by the Boys & Girls Club board of directors to hire Wymer to lead an organization focused on kids, despite his troubling past, is raising eyebrows.

“I wouldn’t feel comfortable hiring him to do that job if I thought there was a substantial likelihood that he’s done what he’s accused of doing,” said John Sims, a retired law professor at University of the Pacific McGeorge School of Law. “I would think that would send a message about the organization and its role in the community.”

Previous reporting on the case shows the Boys & Girls Club board of directors were aware of the accusations against Wymer when it voted to hire him. And eBay’s insurance company recently claimed it is not responsible for covering Wymer or the company in the suit, which calls into question whether they believe in his innocence.

“Under Steve’s leadership, the Boys & Girls Club of Silicon Valley has dramatically increased its positive impact, nearly tripling the number of kids we serve,” Boys & Girls Club board chair Brian Papay told San José Spotlight. “The organization is more cohesive than ever, reaffirming the Board’s unanimous decision to bring Steve on as CEO.”

Liccardo claimed to know little about the nationally-reported case against Wymer, his longtime friend and ally, and defended Wymer’s track record at the nonprofit.

“From what I’ve seen, the Boys & Girls Club has dramatically expanded services under his leadership to serve more kids and to provide more of our young people a path to learning and opportunity,” Liccardo told San José Spotlight. “He’s done an extraordinary job.”

Though Wymer has not been criminally charged in the case, another recent lawsuit suggests eBay’s own insurance provider believes he shares culpability for the harassment.

In a Nov. 11 civil complaint, ACE Property and Casualty Insurance Company argued that it’s not responsible for defending eBay, Wymer or any of the co-defendants in the original lawsuit after determining that Wymer and his former colleagues knowingly violated the rights of the couple they stalked, resulting in personal injury.

Wymer declined to discuss the lawsuits or his hiring process at the Boys & Girls Club. Despite the charges against him, Wymer suggested that he intends to stay put — regardless of the case’s outcome.

“My plans are to just keep doing the best job I can,” he said.

Wymer landed on the political scene in 2001, working for several U.S. senators before taking communications positions at TiVo and Nextdoor. Notably, he’s a regular in San Jose’s elite political circles, boasting an influential friendship with Liccardo and several of his powerful allies. 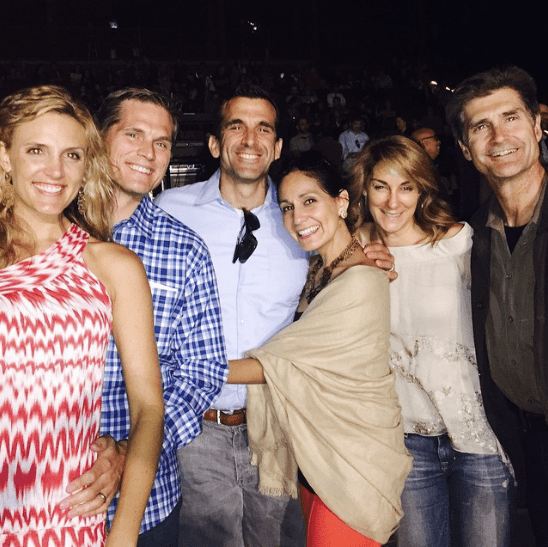 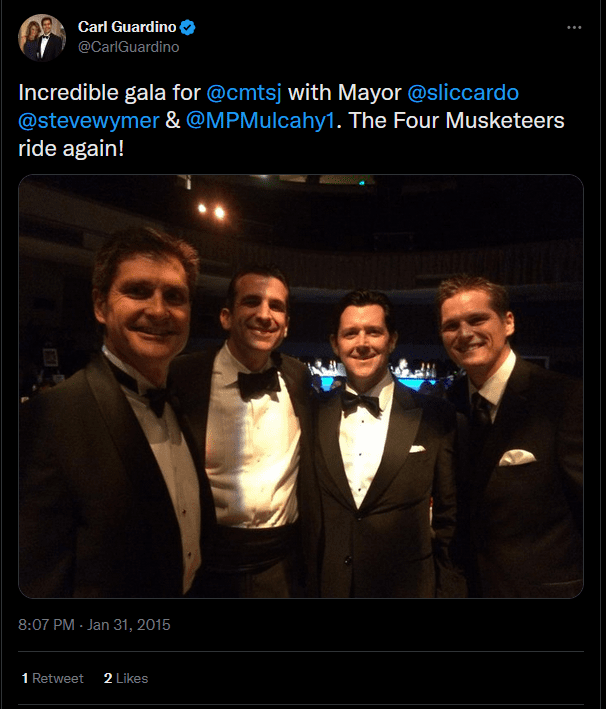 And although he doesn’t work at San Jose City Hall, Wymer has helped make some important decisions behind the scenes.

When Liccardo won the mayor’s race in 2014, longtime communications professional Jayme Ackemann got a call from Liccardo’s friend and former Silicon Valley Leadership Group CEO Carl Guardino. He invited her to apply for a communications job in Liccardo’s office.

When she showed up to one of many informal interviews, Guardino asked her to interview with Wymer.

“Steve was introduced as the person who is helping to vet the incoming mayor’s staff,” Ackemann told San José Spotlight. “They both characterized themselves to me as people who helped run his campaign and were doing the early vetting of who he should hire in his office.”

Wymer interviewed Ackemann for a job in Liccardo’s office at least twice. She ultimately didn’t get the gig.

“Steve definitely has a relationship with Sam that was very influential,” said Ackemann, who was the director of communications at Caltrain at the time.

Campaign finance records show Wymer has donated at least $1,200 to Liccardo’s 2018 mayoral run and at least $1,000 to Mahan’s campaign for mayor this year.

Wymer’s connections almost certainly played a role in his hiring at Boys & Girls Club. In its announcement of Wymer’s new position, both Liccardo and Guardino spoke supportively of the new CEO. When asked whether Wymer should step down as CEO considering the allegations against him, Liccardo said, “You should talk to him about that.”

“I would certainly acknowledge that Matt and the mayor are both friends of mine,” Wymer said, but declined to discuss whether Liccardo’s endorsement influenced his hiring.

Mahan did not respond to questions about his relationship with Wymer or whether Wymer would be part of the incoming mayor’s leadership team when he takes office next year. Like Liccardo, Mahan pointed to the Boys & Girls Club’s success under Wymer.

“Steve has worked hard to help make that a reality and it speaks to his character,” Mahan told San José Spotlight.

While Wymer is largely known as a Silicon Valley political insider, his name is now making national headlines.

In a 2021 federal lawsuit, Massachusetts couple Ina and David Steiner accused Wymer and former eBay CEO Devin Wenig of initiating a harassment campaign against them. The couple run the e-commerce blog EcommerceBytes, which publicly criticizes the policies and practices of eBay, Amazon and other online retailers.

Offended by the Steiners’ negative coverage of eBay, Wymer and Wenig texted about their plans to silence the couple, court records show:

“We are going to crush this lady,” Wymer wrote about Ina Steiner in a text message to Wenig.

He also messaged employees later convicted of stalking the Steiners.

“She is a biased troll who needs to get BURNED DOWN,” Wymer said about Ina Steiner to James Baugh, eBay’s former senior security director, according to court documents. “I want to see ashes.”

Baugh and at least six other former eBay employees have pled guilty to criminal charges stemming from stalking and harassing the Steiners. At one point they attempted to break into the couple’s garage to install a tracking device on their car, according to court documents. They also shipped a funeral wreath, a book about grieving a dead spouse, a pig mask with blood and live spiders and cockroaches to the couple’s home. All seven have been sentenced to prison and probation terms for their roles in the scheme. The incidents followed Wymer’s texts with Wenig and Baugh.

The Steiners and their attorney, Rosemary Scapicchio, declined to comment, citing the open case.

Wymer and eBay have maintained they were unaware of the employees’ plans to stalk the couple. He told the Silicon Valley Business Journal in 2020 that he would “never condone or participate in any such activity.”

But Sims said the situation raises questions about Wymer’s ability to lead a nonprofit geared toward helping vulnerable children and families.

“Doing a good job doesn’t mean that you should be in the position if we know something about your character or your conduct makes you an inappropriate person (for the job),” Sims said. “That strikes me as a substantial cloud over his character.”

Ramona Giwargis and Tran Nguyen contributed to this story.