Blog
by Carina Woudenberg
The East Side Union High School District office is pictured in this file photo. Photo by Ramona Giwargis.

If San Jose voters approve a $60 million bond measure that’s heading for the March 2020 ballot, East Side Union High School District employees could be moving into district-owned housing as early as 2022.

Given the current housing shortage and the district’s struggle to hold onto its teachers and staff, the district has been looking into establishing employee housing for more than three years, says district Superintendent Chris Funk.

“We know the cost-of-living here — how high it is,” Funk told San José Spotlight on Monday. “Many of our workers are forced to either partner up to afford the rent or commute from out of the area.”

The superintendent added the district explored different ways to fund construction of the units before landing on the school bond measure, which was unanimously approved for the ballot by the board of trustees last Thursday. 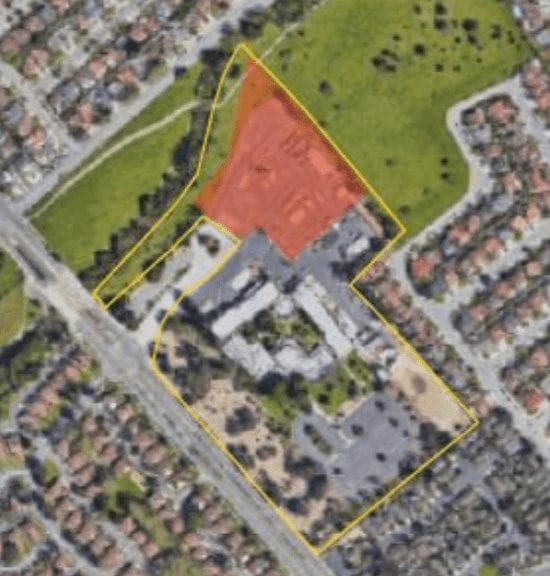 The district plans to construct 100 below-market housing units on roughly 4.5 acres of land located at its district office at 830 North Capitol Ave. A combination of one, two and three bedroom units would be provided. Funk said the district is modeling the apartments after units currently available to employees in the San Mateo Community College District.

That district has two employee housing project with 104 units. The homes are fully occupied with wait lists, and officials there say staff and faculty are more engaged in their work with students because they don’t have long commutes.

The space on the 20 acres of district land would be reconfigured to accommodate employee apartments, he added. For example, a bus lot might be moved. “Our district office property is underutilized,” Funk said.

According to a feasibility review conducted last month, the district land was chosen for housing because it’s flat, semi-vacant and close to transit and existing residential uses. The site also needed to contain a minimum of two acres of developable land.

There are 16 schools in the district serving a total of 22,000 students. To qualify for the housing, Funk says the individual must be a district employee who does not own a home. In a survey emailed to the employees, Funk says the district received 700 responses with roughly half of the respondents reporting that they did not own homes.

District officials believe a third of the East Side Union High School District employees would qualify.

Funk says the community has been supportive of previous construction bonds and is optimistic that the bond will pass with its minimum requirement of 55 percent voter approval.

The housing project would ultimately require approval from the San Jose City Council before construction could begin. Once it starts, construction would be expected to take 12 to 15 months.

If approved, parcel taxes from the bond would last until 2050, according to district documents.