Business
by Janice Bitters
Valley Fair, which sits on the border of San Jose and Santa Clara, will be one of a select group of retail centers owned by URW to be outfitted with new solar panels as part of a larger mission to cut the company's carbon emissions by 50 percent by 2030. Image credit: Unibail-Rodamco-Westfield

Valley Fair officials on Thursday unveiled the new $1.1 billion no-expenses-spared expansion to the popular mall, which spans more than 2 million square feet and will eventually be home to about 360 storefronts.

The 500,000 square-foot expansion unveiled this week comes after about four years of work on the westside mall. It includes a new three-story Bloomingdales, a two-story flagship Apple store and a long list of new retailers that are debuting their first permanent bricks-and-mortar location — including many in a “Digital District” that aims to bring in small or online-only retailers.

“It was a $1.1 billion investment into this property, so we didn’t hold back here,” said Larry Green, executive vice president of development for Valley Fair owner Unibail-Rodamco-Westfield, or URW.  “One thing I’ve never done is have fire coming out of a water fountain, and so that’s a pretty special thing.” 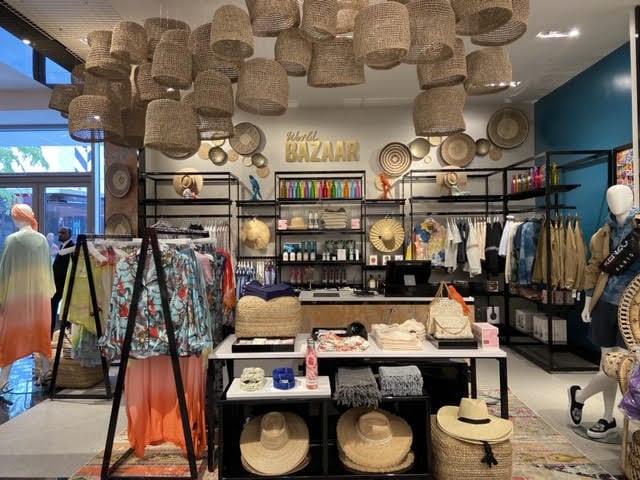 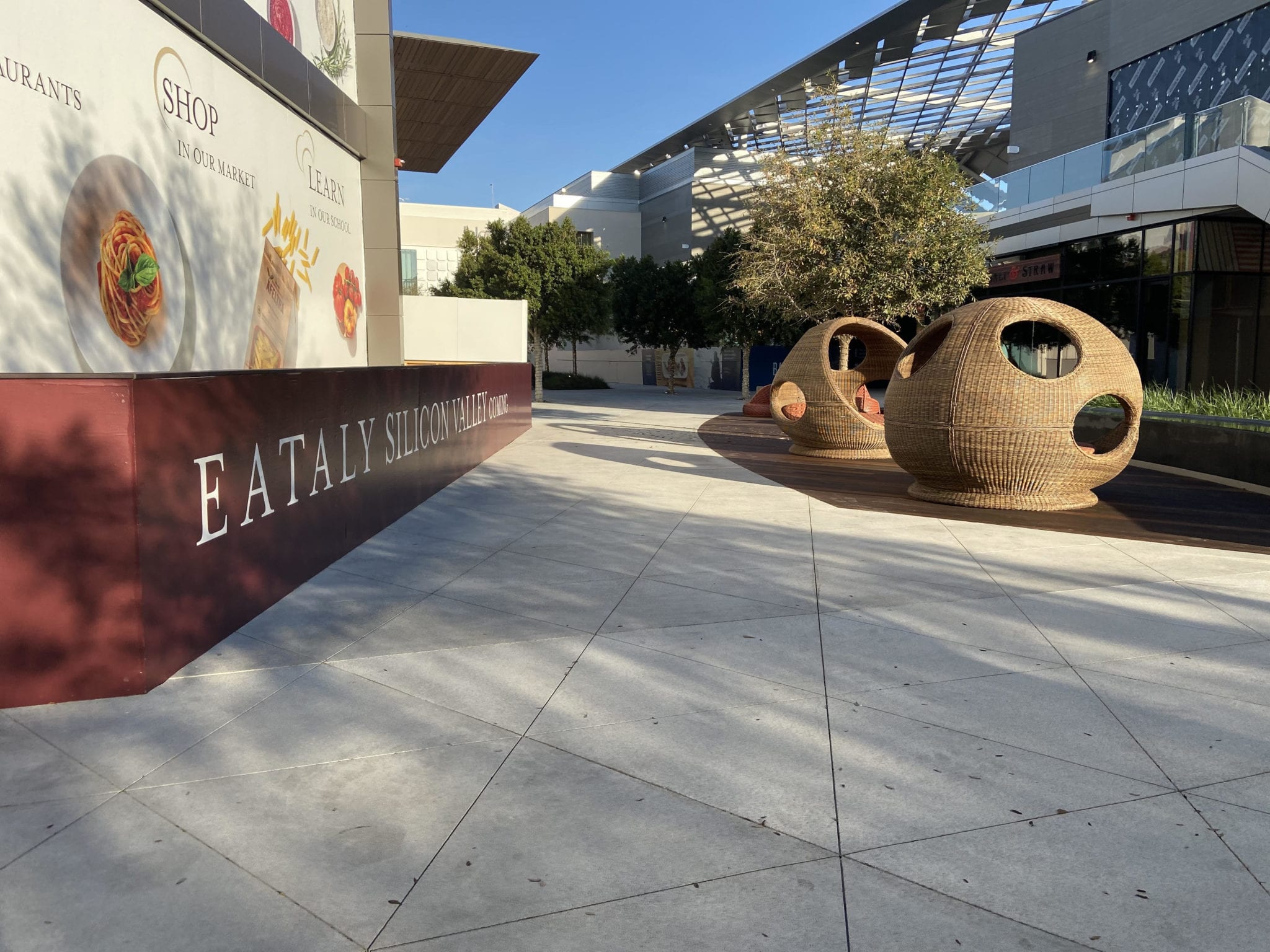 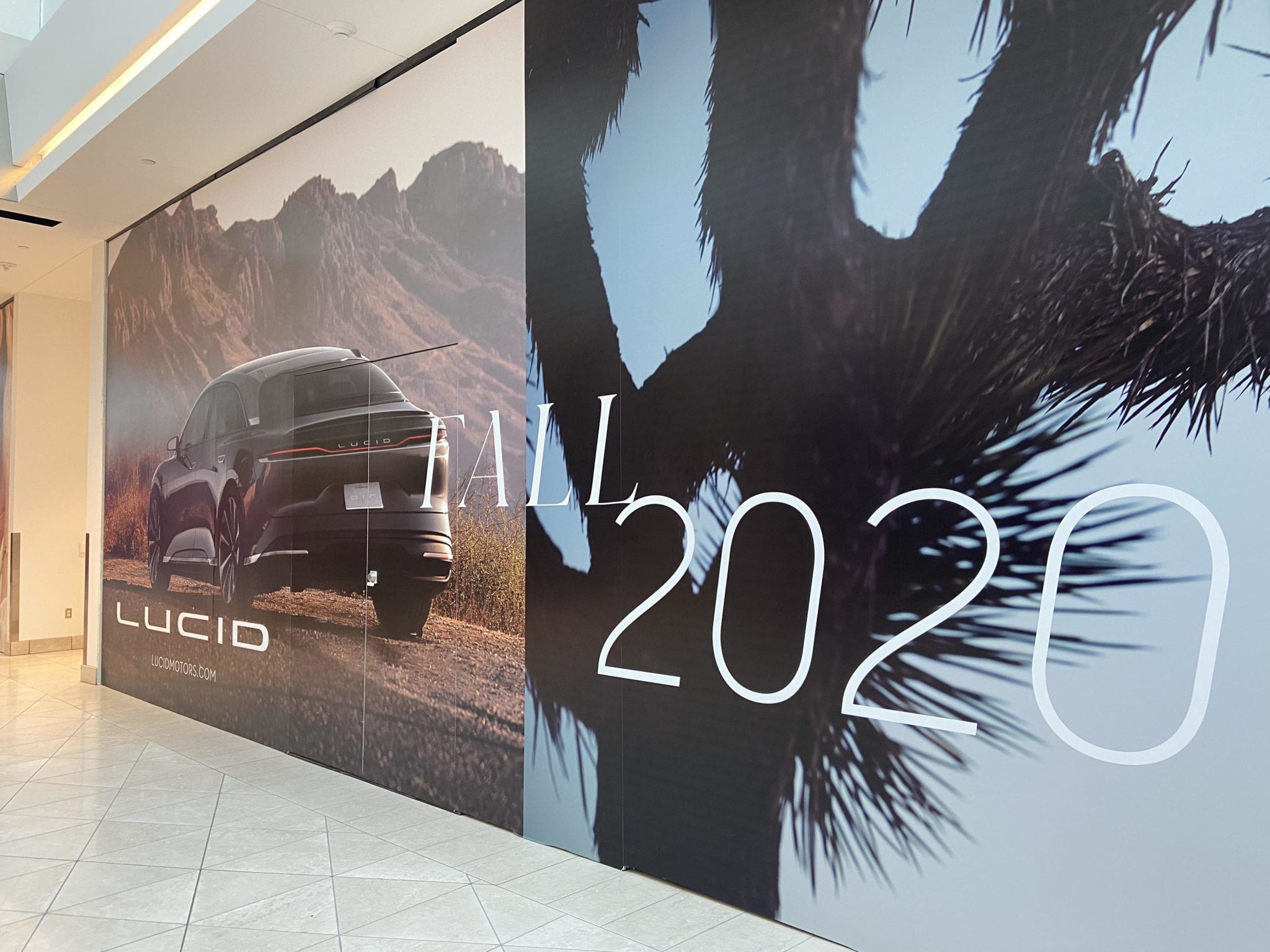 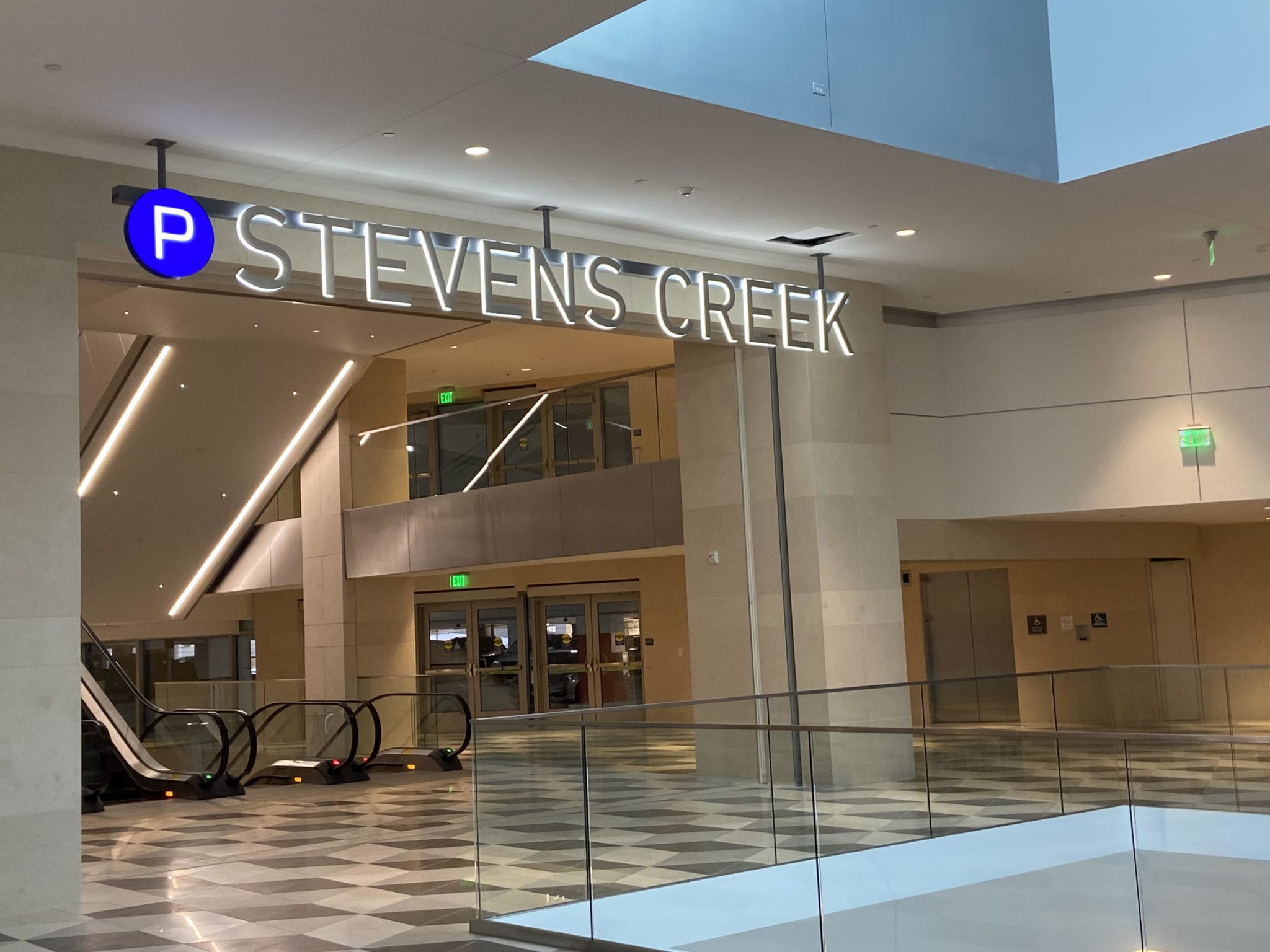 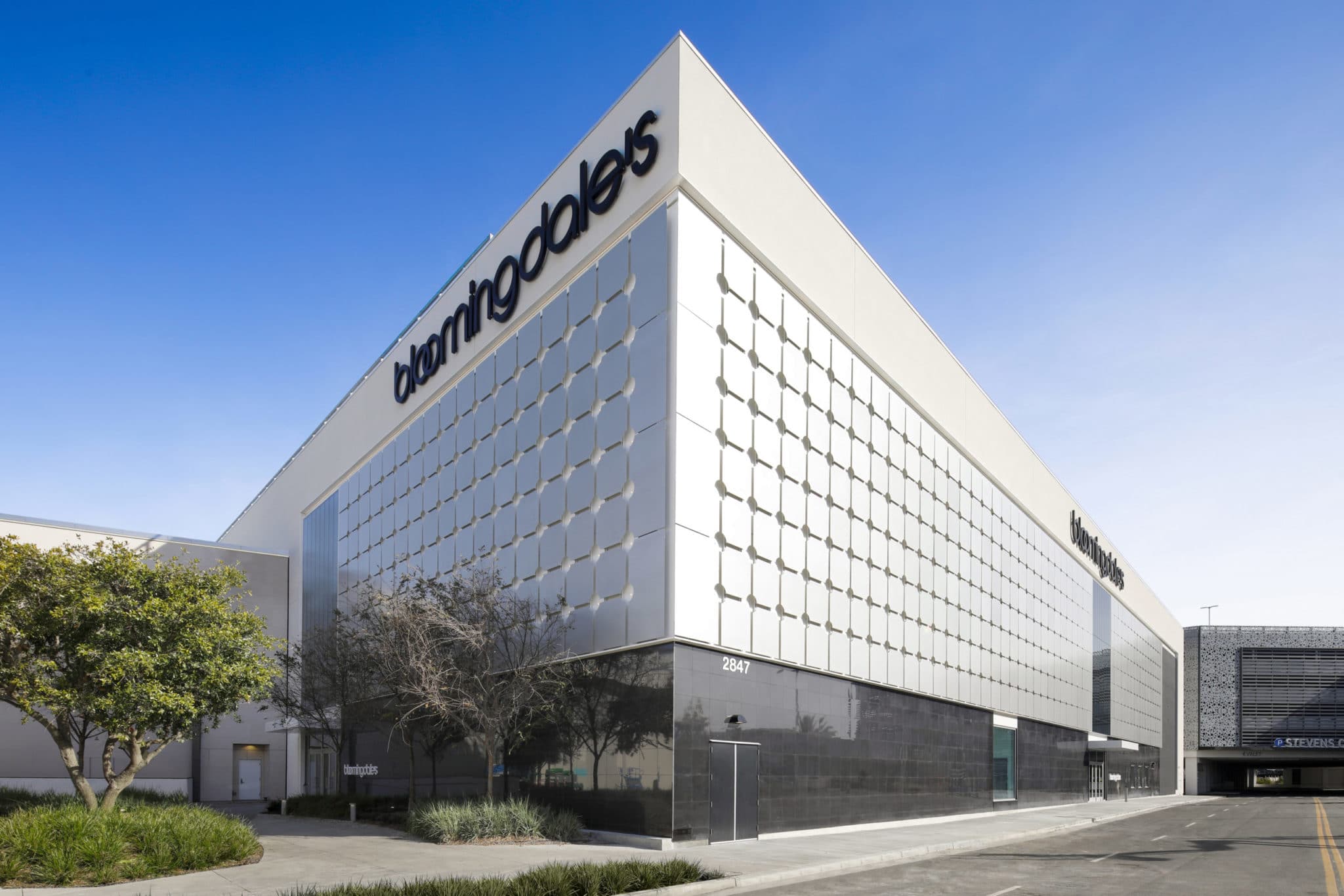 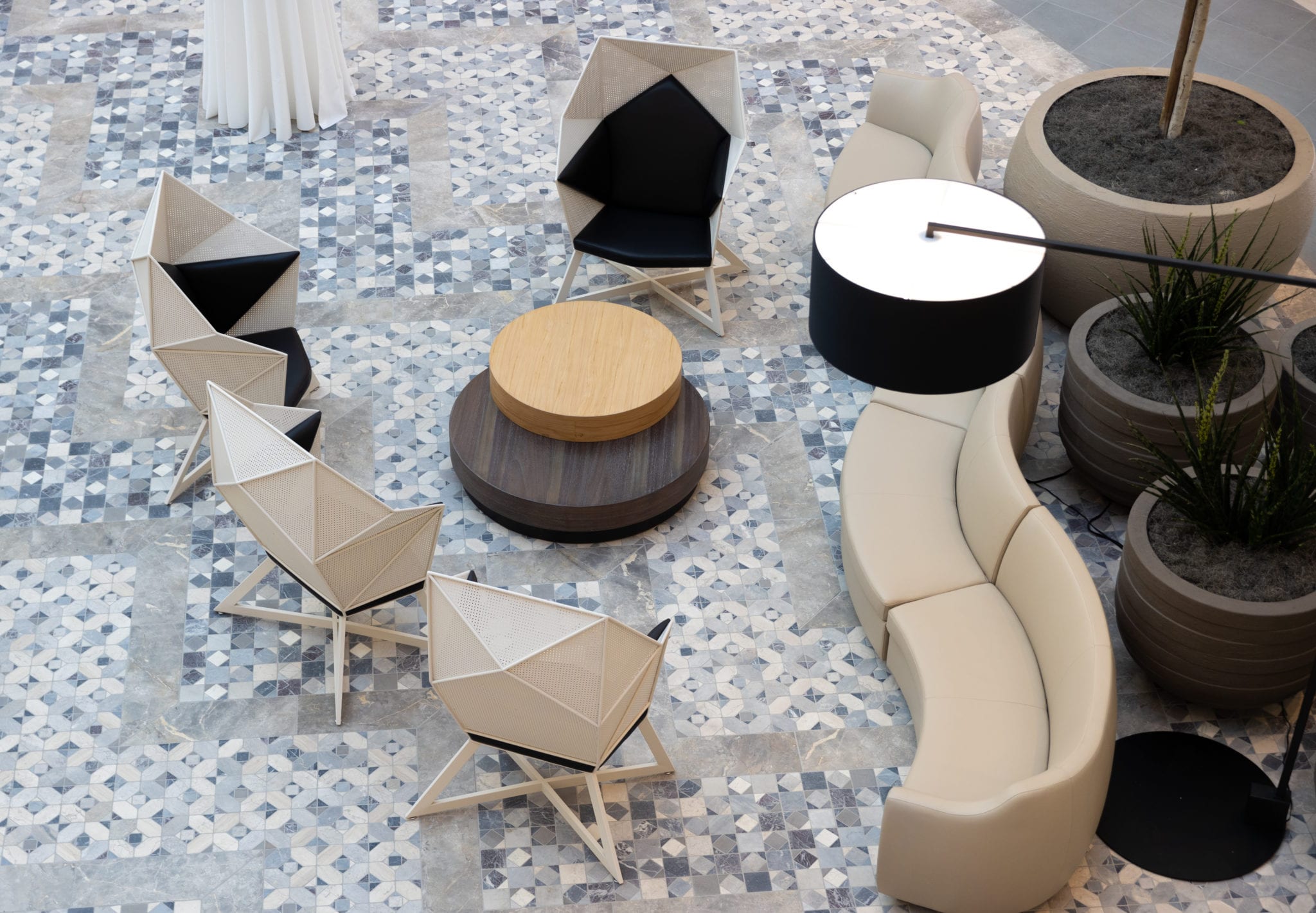 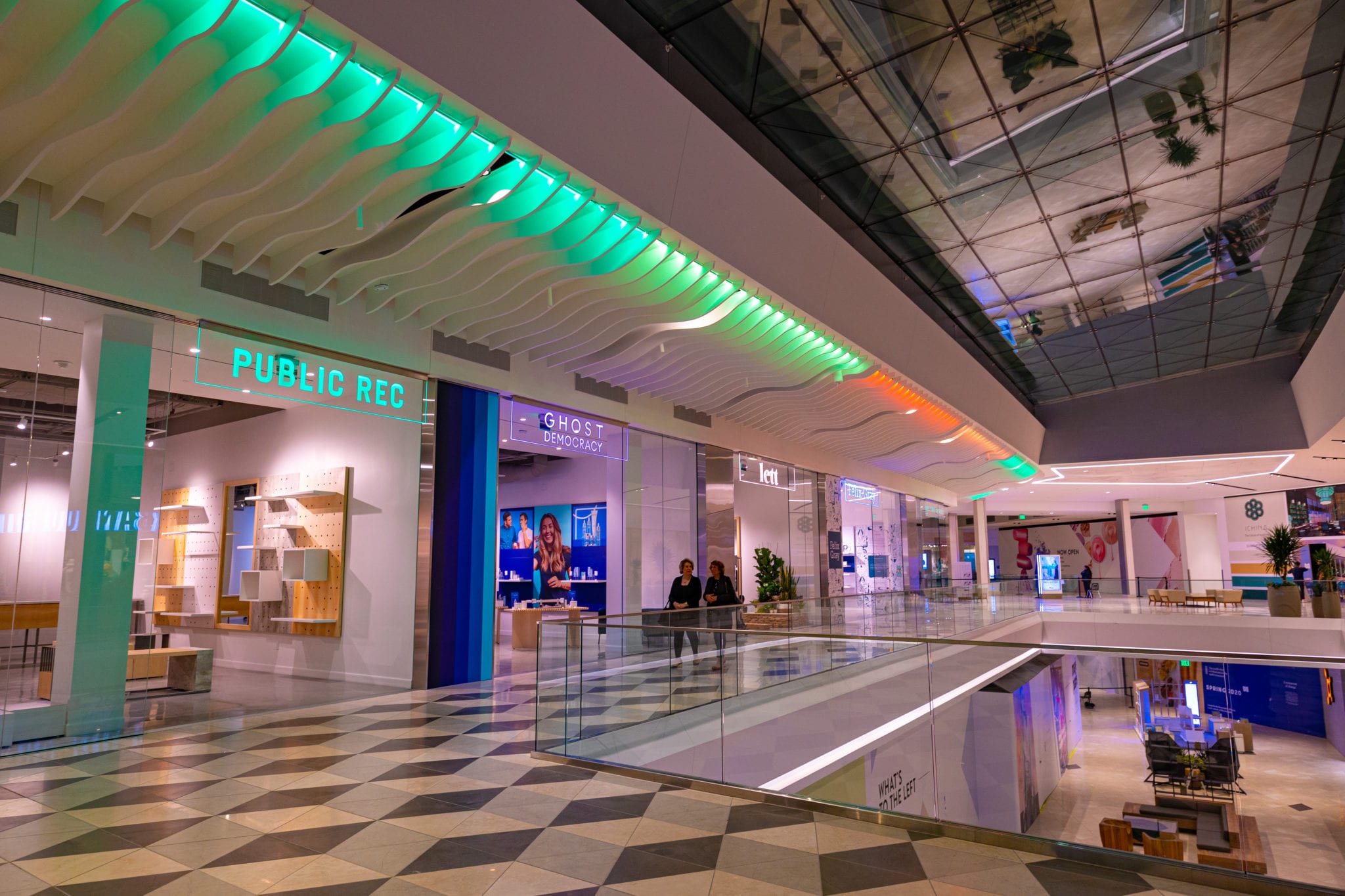 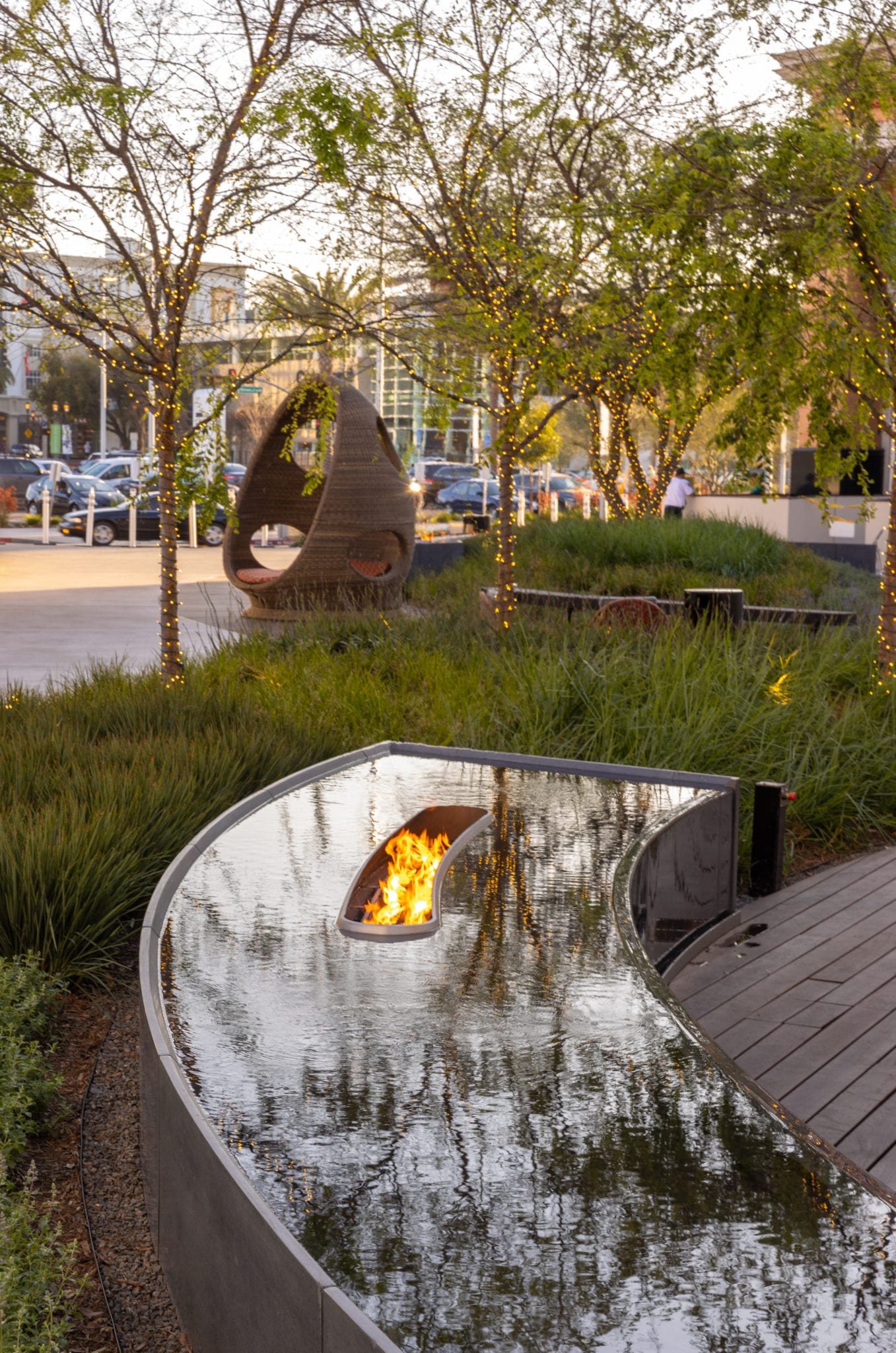 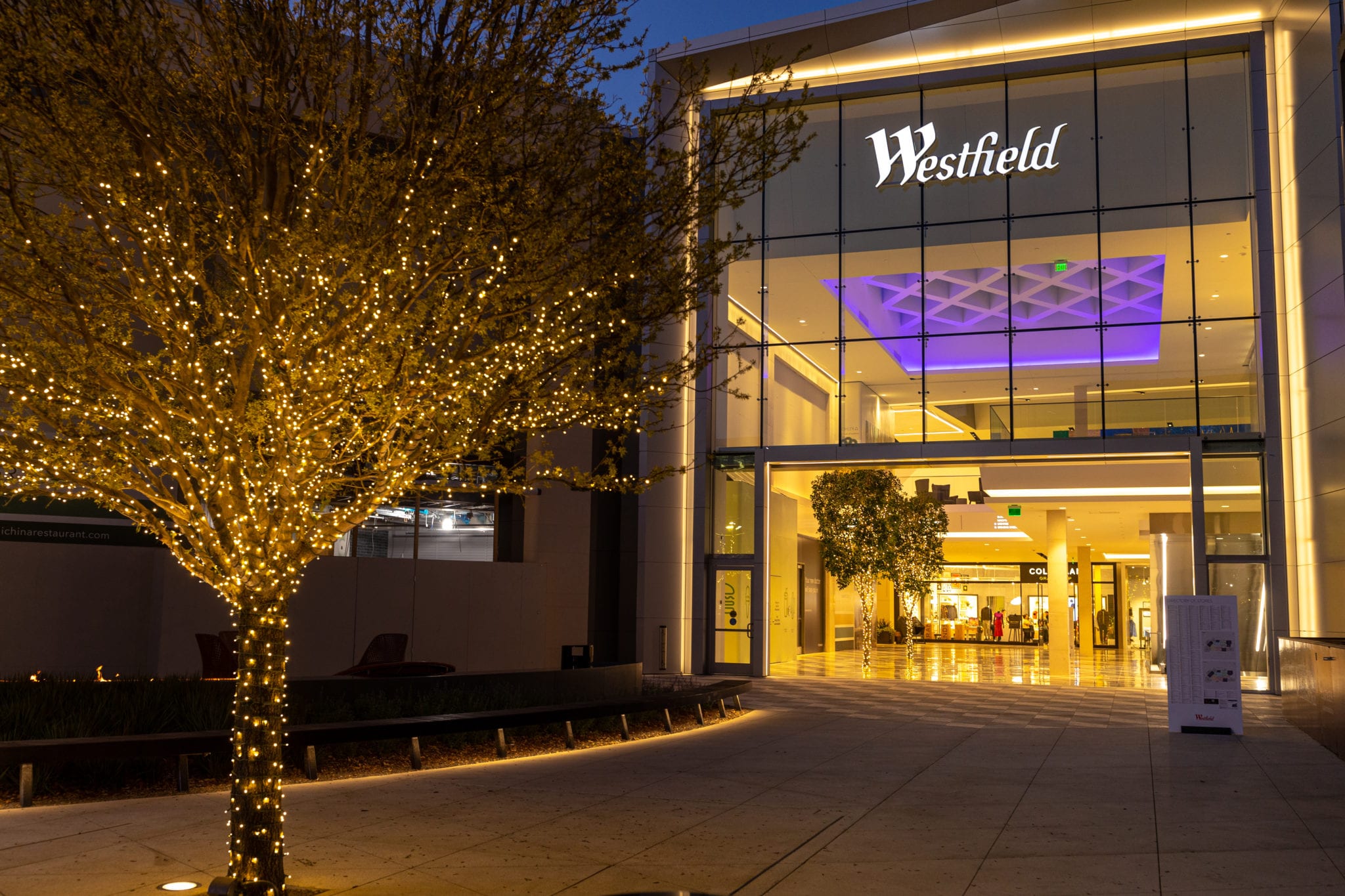 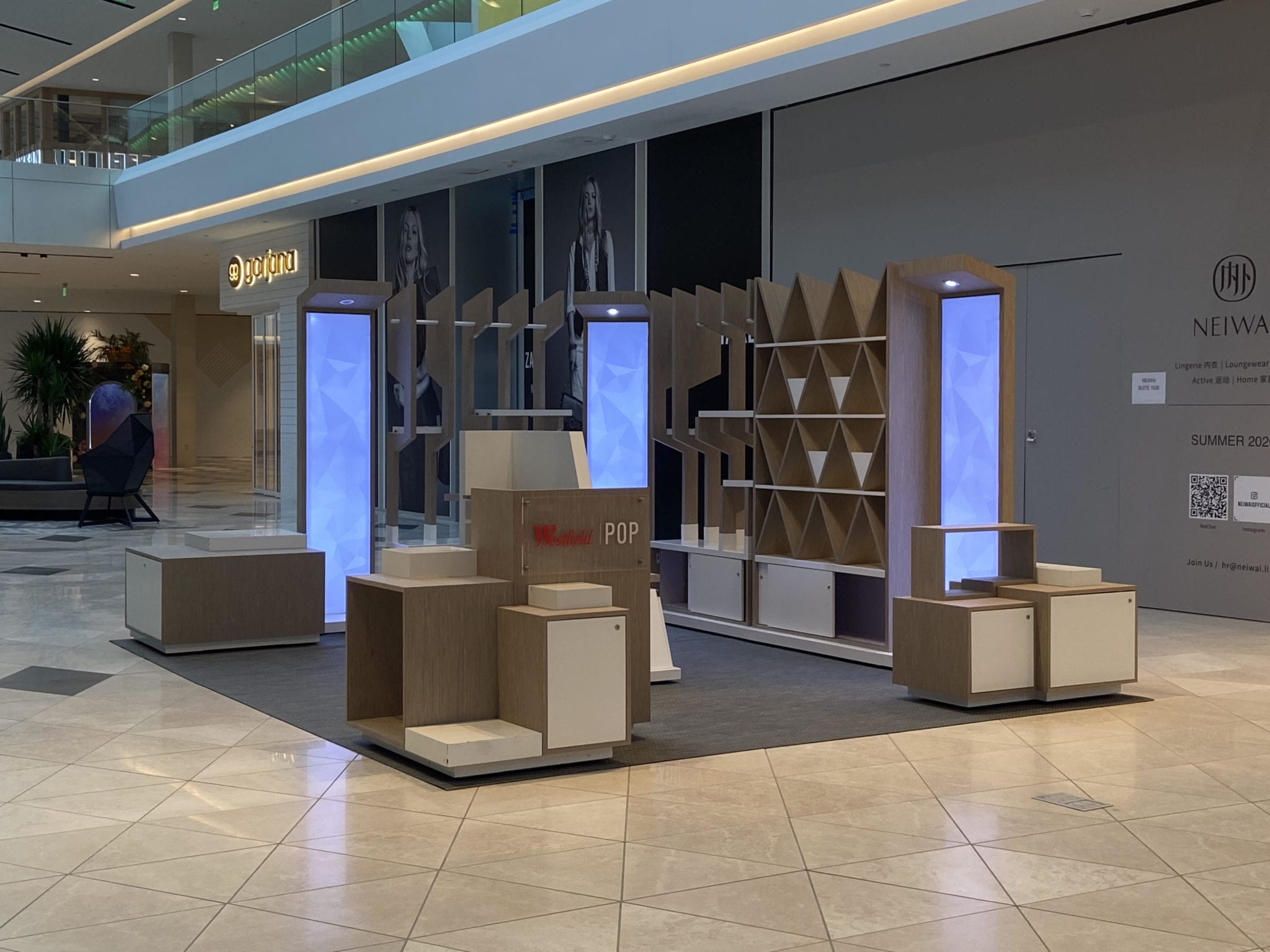 In addition to the fire fountain, URW also announced a new partnership with the San José Museum of Art to create a “borderless museum” by bringing curated and commissioned artwork onto the mall. The first piece, an outdoor sculpture along Stevens Creek Boulevard, will be unveiled this fall.

The shopping center owner has doubled down on its upscale appeal, even as retailers and shopping centers around the country struggle and close. But Valley Fair has stayed popular and lucrative, as has its neighbor, Santana Row, a mixed-use shopping center across Stevens Creek Boulevard that also focuses on upscale eateries and retailers.

Inside Valley Fair, the corridors are topped by skylights and lined with luxury designer stores like Gucci, Breitling, Bvlgari, Cartier, Tiffany & Co., Louis Vuitton and Prada.

The new expansion opens up into an outdoor dining area, which is where shoppers can find the fountains with fire coming out of the top as well as bougie restaurants and boutique eateries. A mural by Los Angeles based artist, TRAV, spreads across the second story of a building abutting the outdoor dining district.

The mural, TRAV said, aims to “document how technology’s kind of shifting the landscape that we live in,” and offer a nod to both San Jose and Santa Clara — cities that are often at odds, though they share one of the most lucrative shopping centers in the country.

Eventually, the new dining district will include the first Bay Area Eataly, a popular Italian marketplace that includes restaurants, baked goods, retail and a cooking school.

“The collection of retail here is something that is very unique … and this is not something we do every day,” Green said “There’s not another center in the country that I think has this kind of level of retail.”

The expansion isn’t fully complete. Many of the new retailers still have displays up promising each are “Coming Soon!”  Among them: A new Lucid Motors storefront, Aesop, Golden Goose, King’s Fish House and the first iChina restaurant.

But retailers like Anthropologie, Club Monaco, Fabletics, Indochino, Jimmy Choo, Urban Outfitters and UNTUCKit, are set to be up and running in March, aiming to catch the eyes of shoppers who come to check out the freshly unveiled Valley Fair mall expansion right away.

Justine Liu is opening her first brick-and-mortar location for Lett Clothing, a “luxe leisurewear” store that aims to make clothing that can be both around-the-house loungewear that can be worn in public.

“We’re really excited, it’s been really fun seeing this come to life,” Liu said in an interview Wednesday. “This was a really great opportunity to sort of dip our toe into what brick-and-mortar could look like for Lett.”

Lett is located in the Digital District on the second floor, along with Felix Gray, Ghost Democracy, We the People and Goodies, which is not yet open.

The average lease for retailers in the Digital District was meant to be simple and short term, with the average agreement lasting about 12 months, Valley Fair officials said. The goal is that those stores will eventually expand to a more permanent space in the mall.

Downstairs, not far from the new outdoor dining district, is Cole Haan, which is opening its first U.S. “GRANDSHØP” at Valley Fair mall this week.

“This first GRANDSHØP was designed for the young, extraordinary pioneers of Silicon Valley whose lives reflect their personal and professional passions and who work to disrupt the status quo,” David Maddocks, chief marketing officer and general manager of business development at Cole Haan, said in a statement.

Valley Fair’s expansion also includes a new 2,800-spot parking ramp near Stevens Creek Boulevard. Though the shopping center owner is exploring pay-to-park options, that’s not a factor at the moment, according to spokespeople for the center.

Last year, URW announced it would expand its solar program, starting with Valley Fair’s new expansion. Roughly 30 percent of the mall’s energy will be powered by its solar arrays, which will primarily be placed on top of the new parking garages as part of the group’s social responsibility program, called “Better Places 2030.” The promised panels are an early step in the retail giant’s efforts to halve its carbon footprint globally by 2030.