Business
by Janice Bitters
Valley Fair, which sits on the border of San Jose and Santa Clara, will be one of a select group of retail centers owned by URW to be outfitted with new solar panels as part of a larger mission to cut the company's carbon emissions by 50 percent by 2030. Image credit: Unibail-Rodamco-Westfield

When the newly-expanded Valley Fair Mall comes online next year, the busy shopping center will not only be bigger, but greener, according to the mall owners, Unibail-Rodamco-Westfield, known as URW.

Valley Fair, which sits on the border of San Jose and Santa Clara, is currently undergoing a $1.1 billion expansion and renovation and is one of the mall-owner’s largest properties, making it a prime candidate to be one of a select group of URW-owned retail centers powered by new solar panels.

Some solar arrays were already slated to be installed at the mall during the mall’s major overhaul, but the announcement this week expands on the company’s earlier commitment. When complete, roughly 30 percent of the mall’s energy will be powered by its solar arrays, which will primarily be placed on top of the shopping center’s new parking garages, according to Leah Heil, vice president of shopping center management at URW.

“Our shopping centres [sic] welcome 1.2 billion visits annually in 12 countries, our office buildings are home to hundreds of companies, our Convention and Exhibition venues host millions of visitors from all over the world,” Christophe Cuvillier, group chief executive officer at Unibail-Rodamco-Westfield, said in a statement Tuesday. “The potential is immense, so is our responsibility.” 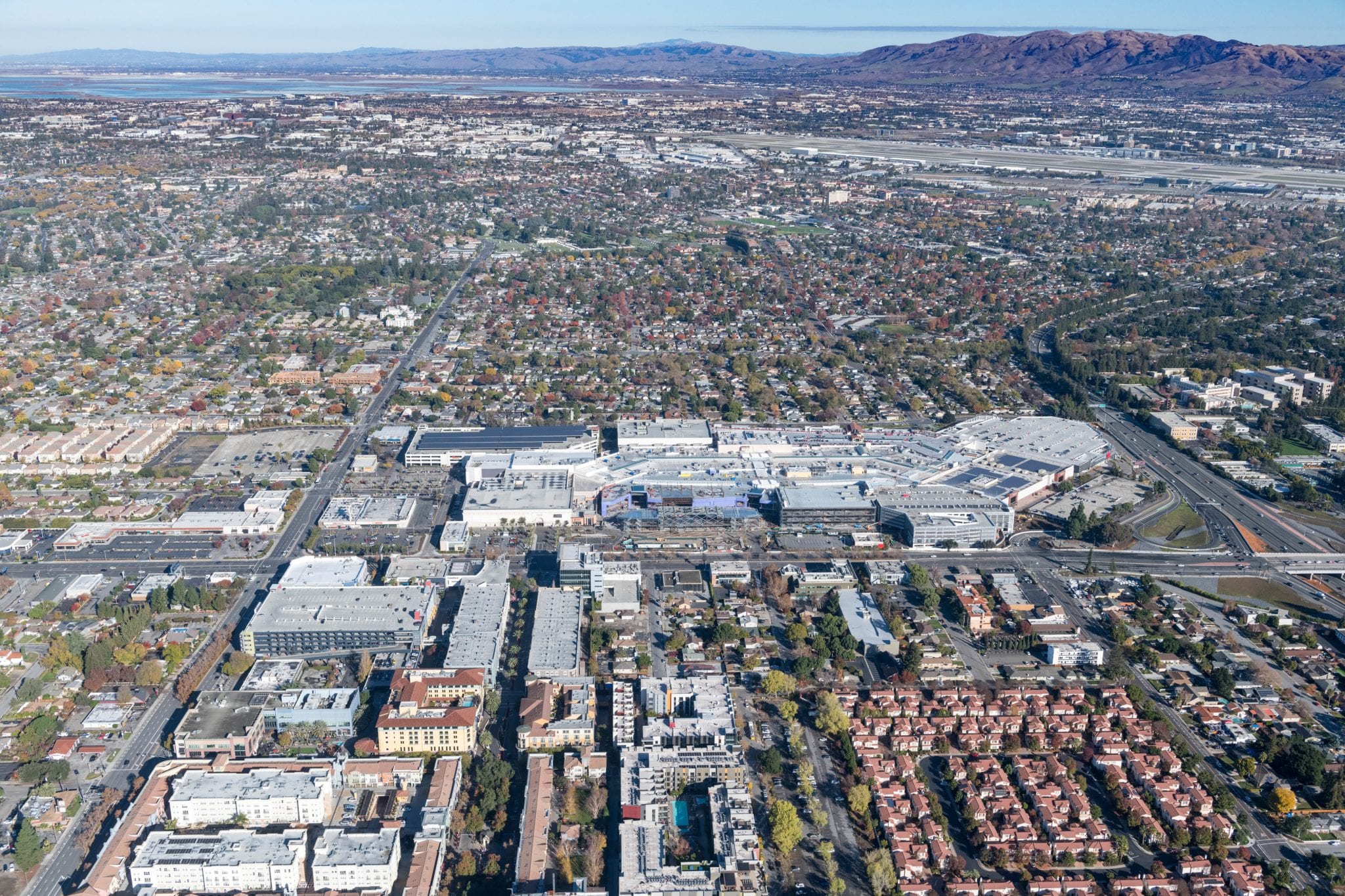 The company plans to meet that goal by working with the retailers in its shopping centers to reduce carbon emissions by 80 percent. It also plans to reduce its own construction, transportation and operations-related emissions and making “biodiversity action plans” for all of the company’s 92 properties across 12 countries.

In the United States, URW is working on transportation programs to promote carpooling, launching a national ride-sharing partnership with Uber and by adding more charging stations for electric vehicles at its properties, according to a release Tuesday.

Valley Fair is one of the company’s largest and “most productive” shopping centers in URW’s portfolio of retail hotspots across the globe. The 1.5 million-square-foot mall, which sits nearly adjacent to the busy Santana Row Shopping Center, is currently being expanded by 650,000 square feet. It will grow from 200 storefronts at the beginning of the overhaul, to more than 360 shops by the time it opens next year. Adding more solar panels to the plan won’t extend the construction timeline, Heil said this week.

The San Jose- and Santa Clara-based mall is one of three in the U.S. set to be part of the company’s solar initiative in 2020. The other two are the Westfield UTC in San Diego and Garden State Plaza in New Jersey. The three malls’ solar panels will have the capacity to generate more than 4.1 megawatts of energy, or 5.4 gigawatt hours — enough to power hundreds of homes.

“Our company’s commitment to ambitious environmental goals is at the very heart of our overall business strategy,” said URW President Jean-Marie Tritant. “We have no doubt that sustainability is paramount to our success and are continually seeking new ways to better serve our communities by improving our environmental footprint and strengthening our social impact.”