When San Jose first convened a community advisory group to weigh the massive redevelopment of Diridon Station, members were hopeful they’d have a voice in setting expectations for new construction around the city’s transit hub.

The Diridon Station Area Advisory Group — or SAAG, as it’s commonly called — was formed in 2018 and has 38 members, ranging from neighbors to business owners to policymakers. The group has met roughly every other month and has discussed topics ranging from California’s high-speed rail project to building height limits.

But some members say the city is no longer listening.

“I’m not so sure they really want to hear from the members anymore,” said Laura Winter, a SAAG member representing San Jose’s St. Leo’s neighborhood. “They’re doing it more now just to check a box.”

“The SAAG is not monolithic in its viewpoints,” Walesh said. “It includes 38 member organizations, and representatives have varying viewpoints.”

SAAG was created to advise the City Council

The advisory group was convened to give informal recommendations to the San Jose City Council on how to best approach the many construction projects proposed in and around Diridon Station, including a new BART station, high-speed rail and Google’s proposed megacampus. The city wanted to be able to gather feedback from a wide variety of community stakeholders in one place and time, Walesh said. The creation of the group came as critics of the massive Google project demanded that the tech titan help prevent displacement and gentrification in the area.

“The SAAG is not a decision-making body, nor does it make recommendations as a whole,” Walesh said. “It was created to provide input to the city.”

The changes the city has proposed to the Diridon Station Area Plan (DSAP) were based in part on the group’s feedback, she said.

“Both (Google’s) Downtown West proposal and the Draft Amended DSAP include substantial increases in housing above what current regulations allow,” Walesh said. In addition, the city drafted the plan to be more supportive of public transit use, which many SAAG members said was important, she said.

The city eventually listened to concerns about displacement and the need for more affordable housing, said Maria Noel Fernandez, a SAAG member who is also a community labor advocate with Silicon Valley Rising. But that came only after local groups demanded the city and Google put together a community benefits plan for the tech giant’s campus project to address such concerns.

“The fact that we are where we are now to me feels like there’s some improvement, there’s some movement, where I’m not having to make the case that community benefits are necessary,” Fernandez said.

Critics are concerned about who’s represented in the group

However, the city and Google have not yet released the details of the community benefits plan, so it remains to be seen what kinds of anti-displacement measures the city will require of the tech giant and what it will demand Google do to boost affordable housing in the area, Fernandez said.

“The proof will be in the pudding of what does it look like for some of the issues that we’ve raised,” Fernandez said. “We’re hopeful that we’ll see some of these things actually addressed. We’re still waiting to see.”

Another concern voiced by some SAAG members is who is represented in the group — and who isn’t. 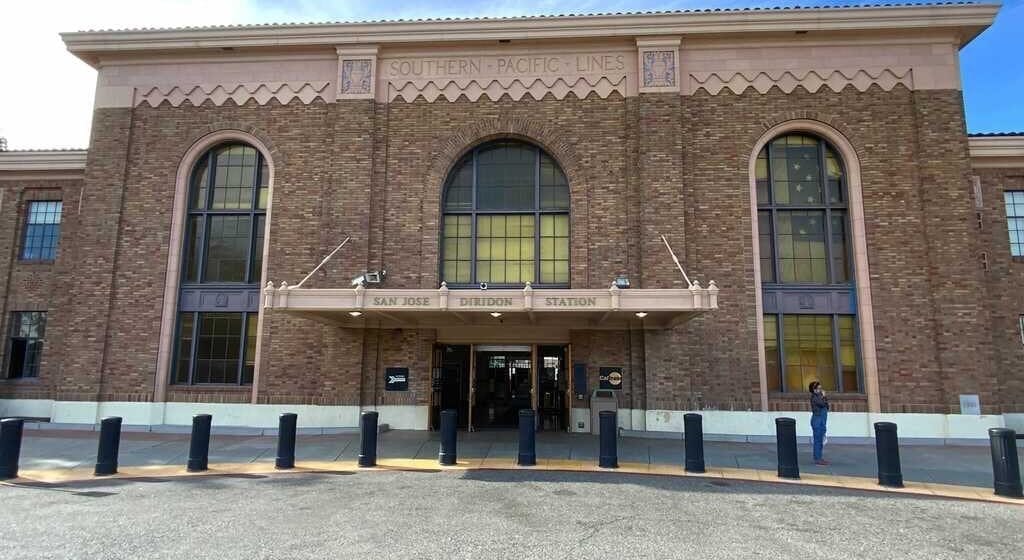 “There’s just a lot of people, particularly on the east side of San Jose, where they’re going to be feeling the impacts of this,” said Jeffrey Buchanan, a SAAG member and director of public policy at local economic thinktank Working Partnerships USA. “We didn’t see that kind of representation when the SAAG was being put together.”

SAAG was designed to get feedback from those living near the Diridon and Google developments as well as from regional stakeholders, San Jose Economic Development Director Nanci Klein said. But the city also has reached out separately in different ways — including through community organizations — to residents of other neighborhoods, including those in East San Jose and South San Jose, she said.

Even so, only a minority of the group’s members are actually area residents, Winter noted. Of SAAG’s 38 members, just 13 are representatives from neighborhood groups, including the St. Leo’s, Gardner and Delmas Park and downtown neighborhoods.

Members have struggled with meetings

The mix of organizations and people represented on the SAAG is a fair reflection of the citywide and regional impact of Diridon Station area projects, Klein said.

But the group has other problems, its internal critics said. The format of the SAAG’s meetings makes it difficult for members to be heard, they said.

“There’s a whole lot of content,” Buchanan said. “Any one piece of that content we could have an in-depth conversation about … It seems like there’s never enough time to really dive into the details of the projects.”

The online format of the meetings, a necessity during the pandemic, makes it difficult for SAAG members to engage in topics they’re unfamiliar with, Winter said.

“At the beginning of the SAAG process, when we were able to meet in person … there was a lot more engagement within the SAAG members,” Winter said.

Now that the city’s near the end of its public engagement process for these plans, there’s a lot less attention being paid to critical issues, she said.

The city is looking to approve its new Diridon Station Area Plan sometime in the spring. San Jose will reveal the proposed development agreement and community benefits plan for Google’s Downtown West project sometime before the next SAAG meeting, after which the San Jose Planning Commission and the City Council will hold public hearings.

Fernandez said she and other organizers will watch the process carefully to see whether the city has incorporated the group’s feedback into the project’s final plans.

“Then we need to be organizing around the priorities that communities have identified,” Fernandez said. “This can’t happen without community involvement. We won’t allow it to happen that way.”