This week was a big one for the area around San Jose’s Diridon Station, a busy transit hub where Google has submitted plans for a massive new campus, drawing other developers with their own projects as city planners race to keep up with it all.

And as city planners this week collected the last questions for an initial analysis of the environmental impacts from Google’s 80-acre proposed downtown project, transportation officials unveiled another critical part of the area’s growth: plans to remake the busy transit station itself. The rough plans touted this week are a response to months of community feedback about how the aging transit hub should grow with the area around it.

Over and over, planners heard from residents and travelers at the station that Diridon should transform from a stout, brick building with an echoing underground tunnel connecting riders to their trains to a “highly visible and iconic” landmark, according to Elizabeth Scanlon, the project manager for the initiative representing the four public agencies involved, including the California High-Speed Rail Authority, Caltrain, the city of San Jose and the Valley Transportation Authority.

Riders also said they wanted more frequent connections between the various transit lines that chug through the station today and those that will stop at the station in the future. Many people said they wanted active areas around Santa Clara Street, including indoor and outdoor public spaces, Scanlon added during a virtual meeting hosted by the agencies on Friday.

“In particular, the community really wants a short, direct and very intuitive connection between BART and commuter rail services,” she said.

The plan revealed this week show the agencies along with Amsterdam-based architecture firms Arcadis and Benthem Crouwel Architects have responded to that feedback with plans for a $6.4 million initial “concept plan.” The plan is expected to take about 18 months to complete as city and transportation leaders await major investments in the transit hub and the addition of high-speed rail and BART by about 2027. 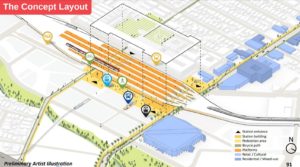 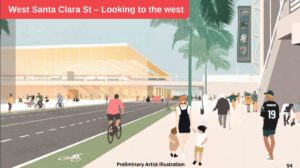 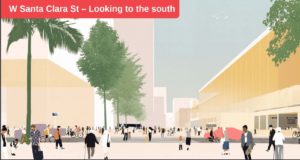 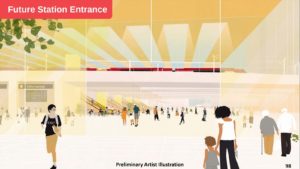 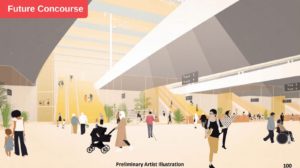 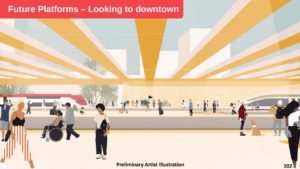 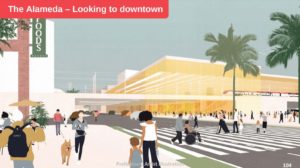 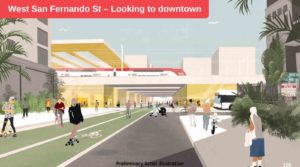 It includes a new primary entry at Santa Clara street, retailers and services for commuters, more tracks, some elevated and the old underground tunnel replaced with a path bathed in natural light. The long, slim platforms where transit users wait for their trains would be widened and could offer more protection from sun or rain, said Daniel Jongtien, a partner with Benthem Crouwel Architects.

“The objective for the platforms will be to have a great experience which is designed for people,” he said Friday. “You would also have a view of the city so you would immediately know where the city is and how to get to the new urban core and existing downtown.”

Those polled by the agencies also said they wanted the area to be open to future transit-oriented development, according to Scanlon, and those residents and transit riders are in luck.

The city is on its way to a late 2020 vote on Google’s plans for about 6.5 million square feet of office space and between 3,000 to 5,000 new homes alongside new retail, hotels and parks. Officials kicked off the environmental review process this month — a key milestone for the massive project stretched across 80 acres of Google-owned and publicly owned land on the west side of the city’s downtown.

The deadline to provide comments for the draft environmental impact report for the project was Friday, but the city and Google will host more community meetings regarding the project and the plans for the little brick station that sits in the middle of it all.

Planners are also simultaneously pushing forward a new specific plan for the 240-acre Diridon Station area that will govern how tall buildings will be allowed to rise — likely much higher than in the existing plan — along with other new design standards.

That plan is likely to come before the City Council for a vote at roughly the same time the Google project is slated to be scheduled for a vote, according to Timothy Rood, a division manager in San Jose’s Planning and Building department.

”They’re on separate tracks, but our goal is to bring both efforts together for the Planning Commission and City Council to consider by the end of 2020,” he said in an interview last month. “We’ll be analyzing these efforts — both the Diridon Station Area Plan and the Google project — for aligned and compatible objectives.”