JMA Ventures, LLC — new owners of the Hayes Mansion in south San Jose — has plans to begin a multi-million dollar makeover on the luxury hotel in December.

Although plans haven’t been finalized, the renovation includes an upgrade of the hotel’s guest rooms and common areas, said Hayes Mansion General Manager Jeff Carpenter in a recent interview with San José Spotlight.

“It’s going to be a very extensive remodel touching on every part of the hotel minus the exterior,” he said.

The idea, Carpenter added, is to preserve the old-fashioned character of the mansion —  constructed in 1905 — while upgrading the aging interior of the 214-room hotel.

This means that the mansion’s iconic marble floors and stained glass skylights will stay while the carpeting and wall covers will likely get an upgrade. New furniture and other various upgrades are expected as well.

Along with the physical changes, the hotel is slated to get a new name from a large hotel chain. Carpenter would not reveal the name yet because the process hasn’t been finalized, but said that “Hayes Mansion” will still be part of the official title. 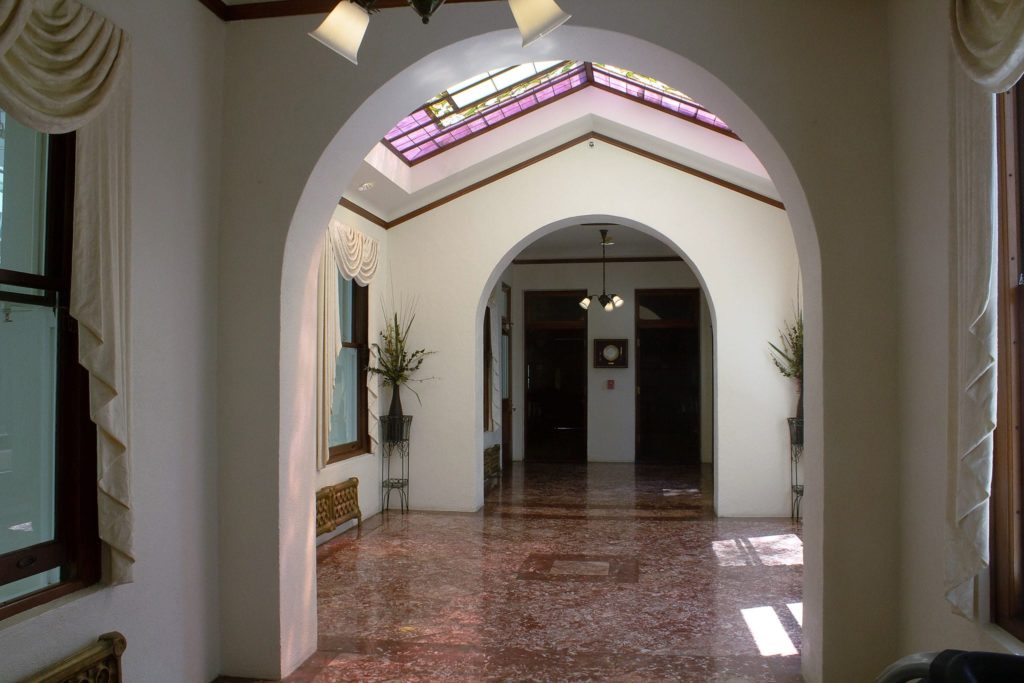 Earning historical landmark status with the city in 1981, the Spanish Colonial Revival-style manor carries a rich history that guests are reminded of from old photos displayed on the hotel’s walls.

The name comes from Mary Hayes Chynoweth who settled in San Jose with her sons and their families in 1887. Buoyed by riches secured from iron ore mining ventures in Wisconsin and Michigan, the family first purchased more than 200 acres of property in San Jose. They lived in a 22,000-square-foot mansion before it burned down roughly a decade later. It was replaced by the current Hayes Mansion though Chynoweth never had the opportunity to live in it as she died months before the construction was complete.

The mansion was owned by the city of San Jose before the San Francisco-based firm purchased the property in early February for $27.8 million. This followed several previous failed sale attempts with other prospective buyers. The city couldn’t seem to rid itself of the lavish mansion after it became a drag on city finances, costing millions to operate. In 2016, the debt on the historic Edenvale Avenue property was estimated at $40 million.

In 2016, the mansion was poised to sell to Asha Companies, a hotel developer based in Washington, D.C, for $47 million. That deal fell apart more than a year later when the company reportedly failed to come through with a promised $1 million deposit.

The city purchased the property in the mid 1980s for $2.5 million and later found itself $59 million in bond debt from its own renovations to the property. Those renovations included the addition of the hotel’s adjacent conference center, spa and swimming pool.

For years the city was paying off its debt on the project in annual installments ranging from $2 million to $6 million.

When the purchase went through earlier this year it came as a relief to the city who was burdened by the debt.

“(JMA Ventures) took it on and we got it off our books,” said San Jose Councilmember Sergio Jimenez. Jimenez serves District 2 where the Hayes Mansion is located and says he lives right around the corner from the property. He added that his office will be holding a housing meeting at the site next month.

Jimenez says he pushed for job protection of the more than 100 hotel employees during the sale. Carpenter says he expects more employees will be brought on following the remodel which is expected to wrap up in April.

The hotel is expected to remain open during the renovation.

The city has forgotten this 'hidden treasure' of North San Jose, residents say