Getting to the airport in a driverless car or electric train might be one step closer to reality—if San Jose officials are ready for it.

On June 29, The San Jose City Council will consider approving a $425,000 agreement with consulting firm ARUP to help progress a new type of transit system connecting Diridon Station to the Norman Y. Mineta-San Jose International Airport and beyond.

If hired, ARUP will help San Jose write a proposal request that tells potential contractors what to include in their proposals—such as team members, cost and timeline—and how to structure them.

The airport connector will be funded through a public-private partnership.

“We’re trying to change the business model around transit and rely more on the private side of things,” said Ramses Madou, division manager of planning, policy and sustainability in the city’s transportation department.

The project will first focus on a transit link from Diridon Station in downtown San Jose to the airport approximately four miles away, according to the city’s plans.

While similar connectors exist in the Bay Area—Oakland links BART with its airport on a driverless rail system—San Jose purports its project to be cheaper and quicker to build and easier to maintain.

For example, recent estimates say BART costs about $1 billion to build per mile, while recent VTA light rail expansion projects, such as the one near Eastridge Mall, have cost up to $245.8 million per mile. Transportation generates approximately 51% of the city’s carbon emissions, with cars making up a significant amount.

The city hasn’t finalized the project’s costs, but it is estimated at $500 million according to Plan Bay Area 2050.

“Ultimately what we’re trying to do is get a new kind of transit out there that’s easier to build and cheaper to build so we can see expansions in transit,” Madou told San José Spotlight. 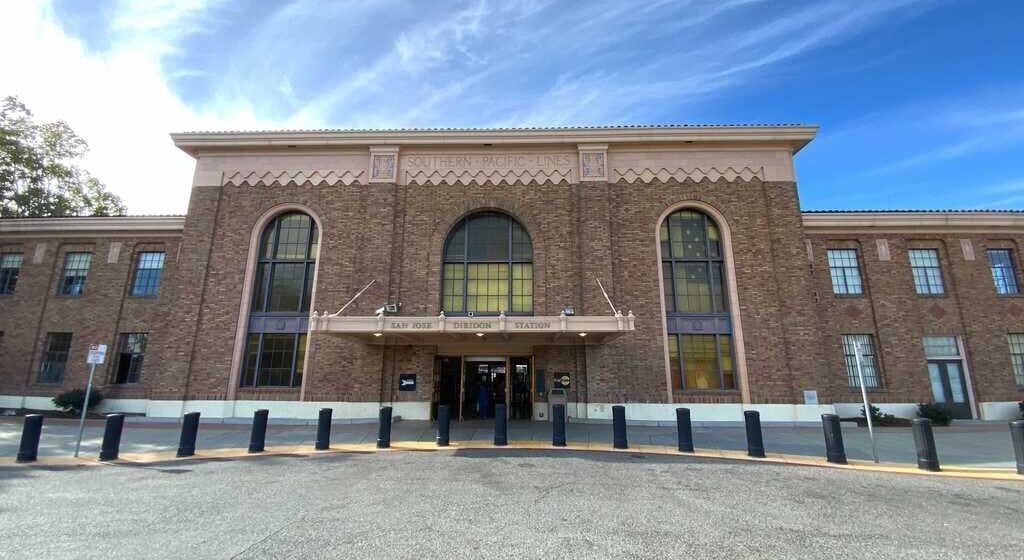 On June 3, VTA allocated $2.5 million to the city to help out with the proposal request and to study future development, Madou said. The council needs to approve that funding, which is expected to happen on June 29.

The airport connector project made it into Mayor Sam Liccardo’s June budget message, which outlines his priorities for the upcoming fiscal year.

“This is an opportunity for us, in the heart of Silicon Valley, to see if we can leverage some of that innovation to see if we can solve what has been a vexing problem for a lot of cities, which is connecting their airport to the rest of their transit system,” Liccardo told San José Spotlight.

The city received 23 early proposals that embrace green technology and aim to increase transportation access for residents, according to Madou.

Some transit advocates, like San Jose local Monica Mallon, say the city should focus less on a transit project that will only be used by the average resident a few times a year and instead expand existing transit options.

“I think we should really not be spending billions of dollars on something like this when people can barely get around to places they actually need to go to on a daily basis,” Mallon told San José Spotlight “Most people aren’t flying every single day.”

The project’s second phase will be a massive coordination effort between neighboring cities. The city plans to run the airport connector through the Westfield Valley Fair and Santana Row shopping centers on the border of San Jose and Santa Clara and then eventually to De Anza College in Cupertino.

“That (phase) is a lot more complicated because there’s a lot of other cities involved,” Madou said.

There is no clear timeline yet for construction, but most of the current proposals estimate starting between four to eight years after approval. A study by North Carolina-based engineering consultant Kimley-Horn, which has offices in San Jose, says numbers should be “treated with some skepticism” due to varying estimates for completion times.

An airport connector has been in the works for decades but got a serious boost in 2000.

That year, Santa Clara County voters passed Measure A, a 30-year tax to fund transit projects such as connecting Diridon Station to the airport, bringing BART to San Jose and other transportation improvements. The city has looked at a possible transit link from downtown to the airport since the 1990s, according to a city memo.

In February 2019, the City Council directed officials to explore the possibility of such a connection. The plans garnered some headlines when San Jose entered informal talks with The Boring Company, Tesla founder Elon Musk’s tunneling project, which submitted a proposal.

The Boring Company will open a similar but highly criticized system Tuesday in Las Vegas—a 1.7-mile tunnel route across the city’s mammoth convention center that uses Tesla cars. According to the company, the tunnel can handle as many as 4,400 passengers per hour at peak times—a claim contested by other news outlets.

Efficient, inexpensive access to the airport is part of a broader goal by San Jose officials to create a more walkable, transit-oriented city that is also accessible to historically underserved communities, such as low-income residents.

“A connector between what will be the most active transit station in the west and the airport is just immensely valuable,” Madou said. “We’re trying to build a city that allows people to live without a car.”