Three years into his role serving in the California State Senate, Scott Wiener has made a major name for himself, creating excited fans and vocal critics of his highly controversial housing bills aimed at spurring more development across the Golden State.

But sometimes, the towering 49-year-old senator admits, he misses being in the middle of the local action, having cut his teeth in politics on the San Francisco County Board of Supervisors, and in county and regional transportation leadership roles.

Even so, he wouldn’t trade his role in tackling California’s largest policy issues, he said Wednesday.

“It is frustrating to me at times, where I wish I were back, right in the middle of everything happening in the neighborhood,” he said of his transition to state politics during a talk hosted by this news organization Wednesday night. “But it does give you some space to really think about the big issues facing our region and our state, and so I’m enjoying it a lot.”

Sen. Scott Wiener, who represents San Francisco and the northern part of San Mateo County, sat down for an exclusive fireside chat with San José Spotlight Board Chair Victor Gomez at San Jose’s Uproar Brewing Company Wednesday to talk about housing issues and legislation, including the hotly-contested SB 50, his bill to increase density around high-frequency transit lines.

The San Francisco-based state leader took a nuanced stance on whose responsibility it is to fix the state’s housing crisis, including the intersecting roles of the state, local cities and tech giants. He also weighed in on the likelihood of Proposition 13 changes in the coming year.

Wiener and his team knew that SB 50 (introduced in 2018 as SB 827) would come with a fight, but he didn’t anticipate the intense reaction of both love and hate it would garner.

“It’s just the level of public awareness about the bill exceeds anything that I ever could have imagined,” he said. “Not just the press coverage, but the fact that people knew the bill number — no one ever knows the bill number other than the insider activists.”

But Wiener’s bills have come with so much controversy that Californians often do know the number of his bills. Last year, when SB 35 — a bill aimed at streamlining housing development — went into effect, it became an almost household name for many. Since then, several Bay Area projects have been proposed using the bill, though they’ve all come with their individual fights.

Critics of both SB 35 and SB 50 say the laws trample on local governments’ ability to design their cities, but Wiener argues the bills offer cover for local leaders who want to approve homes, but face intense backlash over any vote for new development. That’s primarily why the state got into the crisis it’s in, he said.

“At some point we have to look in the mirror as a community and say, ‘Hey, maybe it’s our fault too,’” he said. “For 50 years, California has completely deprioritized housing and we have passed law after law … to make it harder and harder and impossible to build enough housing.”

SB 50, Wiener said, is a response to that, though not a “magic bullet” that will solve all of California’s housing woes. Tech giants who are jumping into the affordable housing crisis now with billions of dollars in grants, loans and land don’t move the needle on the Bay Area’s biggest issue, which is that 75 percent of land zoned for housing only allows for single-family homes, he said. That is “unsustainable” land use policy for the growing state, he added.

“What (SB 50) does is it goes to the heart of one of the foundational problems that we have with housing, which is that we don’t zone for enough of it,” he said.

SB 50 will be considered by state lawmakers again in the coming legislative session. Candidates for California Senate District 13, covering San Mateo and part of Santa Clara counties, were split on their support for the bill during a housing forum last month.

Wiener maintains that polling over the last year shows most Californians — whether old, young, renters or homeowners — are in favor of the changes mandated by the bill, though many still worry about displacement through redevelopment of existing homes. The senator, however, claimed that tearing down existing homes to build new ones is “an exception to the rule.”

When it comes to displacement, he says it’s the lack of housing that is causing people to move or become homeless. Wiener advocates for stronger renter protections, which were passed this year statewide, and additional funding by bringing back a “better form of redevelopment.” California’s now-defunct redevelopment agencies were shut down about five years ago by then-Gov. Jerry Brown because some cities were abusing the money intended for affordable housing and revitalization projects.

Prop. 13 heads to the ballot box

California’s 40-year-old Prop. 13 was passed as the “keep grandma in her house” bill, but it does much more than keep the state’s grandmothers in their homes. The law limits the increases in property tax that property owners, whether a home or an office building, must pay each year. 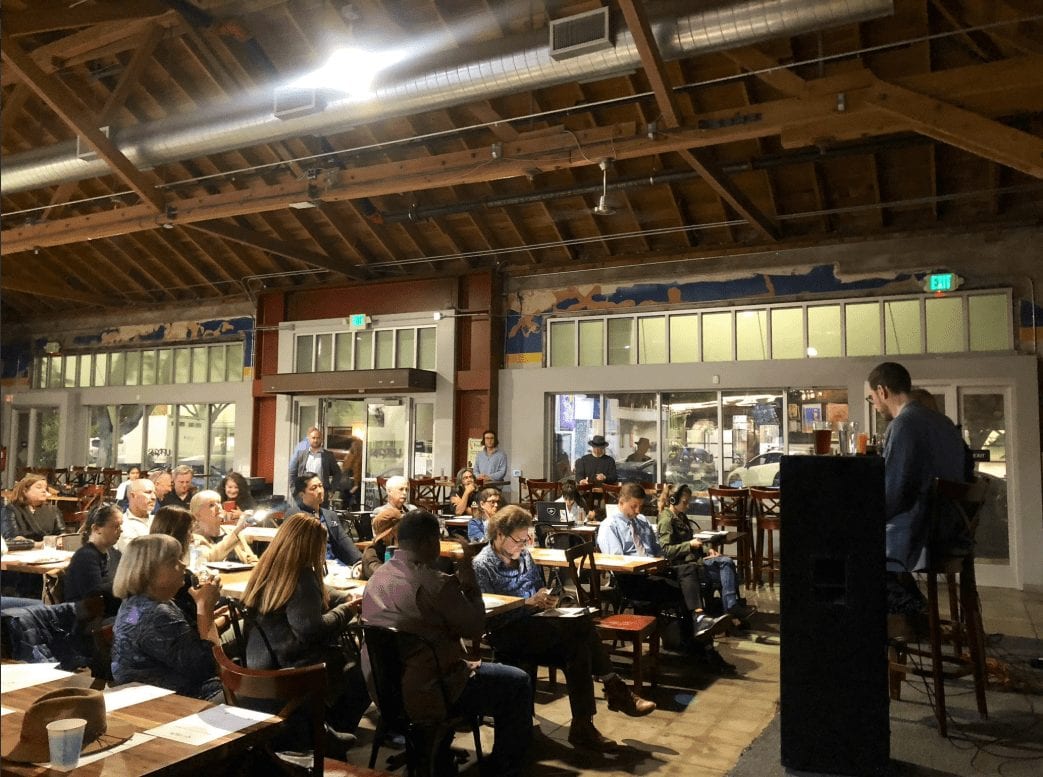 Decades later, the result is a controversial catch-22, keeping residents in their homes despite fast-rising property values, but also disincentivizing people to move. It also incentivizes cities to approve developments that will bring in other types of revenues, like sales and business taxes.

Lawmakers have been discussing reforming the law for years to no avail, but Wiener said he supports a 2020 ballot question that would create what’s known as a “split roll,” making most commercial space subject to taxes based on the market rate value of the property.

However, he notes in no uncertain terms that the split roll will “not fix the housing aspect of Prop. 13.”

“There are arguments we can have about ‘Should we be able to pass your Prop 13 low property tax down by generation?’ and ‘Should second homes have Prop. 13 protections?’” he said. “But I think it’s very unlikely that it’s going to be a real change to the residential piece of Prop. 13.”

His answer is regionalizing business taxes and sales taxes “so the cities have less of an incentive to favor commercial,” he said, though he notes that, too, is a hotly controversial proposal. Whether a bill proposed for it in the next legislative session becomes a household name remains to be seen.