Santa Clara’s mayor is lobbying Gov. Gavin Newsom to help a major real estate firm save money on the largest mixed-use development planned in the state—months before the developer made a six-figure donation to her campaign.

Mayor Lisa Gillmor wrote a letter to Newsom on March 4 advocating that Related Companies, which is developing a massive $8 billion mixed-use project in Santa Clara, should not be required to pay prevailing wages to workers, according to records obtained by San José Spotlight. The New York City-based developer is set to develop 9 million square feet of office space, hotels, shops, restaurants and nearly 1,700 apartments across 240 acres of city-owned land near Levi’s Stadium.

Just last week, Related formed a local political action committee to support Gillmor as she runs for reelection against Councilmember Anthony Becker, and funded it with $100,000, according to campaign finance records. Executives from the company also donated to Gillmor’s mayoral election campaign in 2018, two years after the project was approved by the Santa Clara City Council.

Political observers and experts say Gillmor’s intervention in the wage matter, along with the financial support from the company, raises questions about her ethics.

“The perception of this looks bad for Mayor Gillmor,” John Pelissero, a senior scholar at The Markkula Center for Applied Ethics at Santa Clara University, told San José Spotlight. “It’s never a good idea for public officials to accept campaign contributions at a time in which they are also trying to help the provider of those campaign funds with some sort of special consideration from government.”

A spokesperson for Related Santa Clara, Evette Davis, declined to answer questions about why the company is spending $100,000 to support Gillmor in this election and the ethics of the campaign support.

“The mayor is an outstanding leader for the city of Santa Clara and an important partner for almost a decade on the largest public-private development in the state,” Davis told to San José Spotlight.

Gillmor did not respond to multiple requests for comment.

Pelissero said it’s clear the developer could benefit from Gillmor’s actions to push back against prevailing wages, but it’s not clear how the public benefits from her intervention.

“It wouldn’t be unusual for the public to ask questions about, was there some sort of a deal made here between the mayor and the developer?” Pelissero said. “What the mayor may be doing could be entirely above board with the best interest of the public at heart, but the public may look at this situation and say, this just doesn’t look right.”

In 2020, the International Union of Painters and Allied Trades, District Council 16—which represents workers in Northern California and Nevada—filed a request with the California Department of Industrial Relations, asking its director to deem the Related development as a public works project, which would require workers be paid prevailing wages.

David Bini, director of the Santa Clara & San Benito counties Building & Construction Trades Council, said the organization supports the union’s view that prevailing wages should be paid on this project, because it includes public investment in the form of a “favorable rent structure” and some infrastructure will be built by the city. 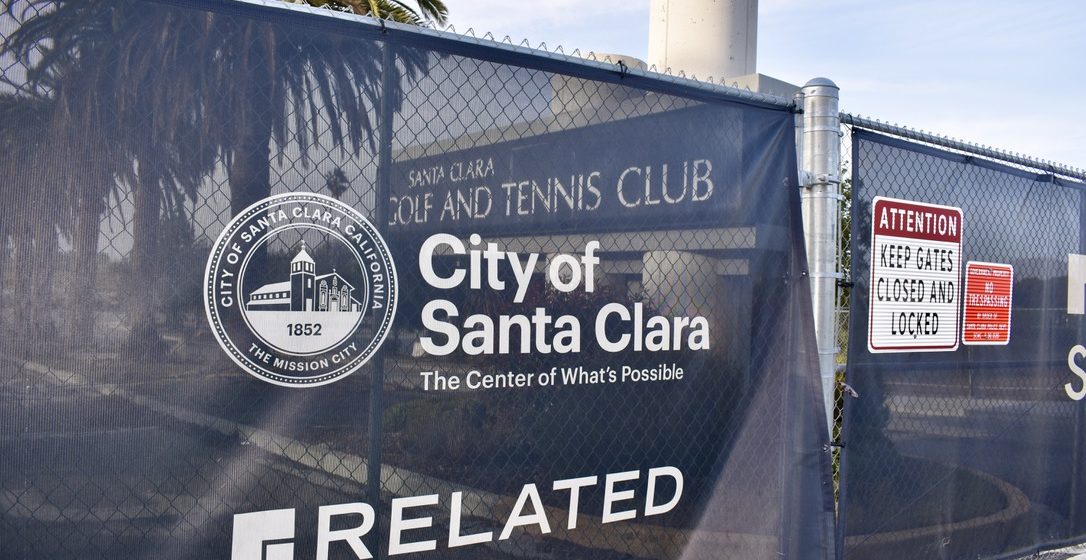 “I am deeply disappointed that Mayor Gillmor would go to such lengths, including using city resources and requesting the governor to intercede, in an effort to ensure that construction workers could be paid less than the going rate for their work. The mayor of Santa Clara should be a champion for working families, instead of undermining their ability to earn family-supporting wages and benefits,” Bini told San José Spotlight.

While a decision on the complaint has not been issued yet by the state, Gillmor went above the director with her letter to Newsom, countering the union’s request.

“I was heavily involved in the review and approvals for this project and I can assure you that Related Santa Clara did not receive discounts on the fair market value of the lease and nothing in the rent structure suggests this project is a public work that would be subject to California’s Prevailing Wage Law,” Gillmor wrote.

Gillmor called the project “transformative,” noting the city has worked with Related since 2013 on the project. She added the time being taken to make a decision could delay the project.

“As the former Mayor of San Francisco, you understand first-hand how vital partnerships with the private sector are in creating opportunities that otherwise would never come to fruition,” she said in the letter. “For that reason, I respectfully request your thoughtful consideration of this matter and look forward to your response.”

A senior Newsom counselor, Jason Elliot, did not respond to a request for comment.

Jessica Levinson, a Loyola Law School professor who studies money in politics and who was the past president of the Los Angeles Ethics Commission, said Gillmor’s actions are par for the course when it comes to politics.

Rich Robinson, a political consultant and contributing columnist to San José Spotlight, said Gillmor should be advocating for workers on such a banner project, not against them.

“Why doesn’t the mayor call Related and have them pay prevailing wage on a $8 billion project? It seems to me that Related is sort of stepping over dimes to pick up nickels,” Robinson told San José Spotlight. “Why isn’t she fighting for the workers?”