There are moments that we take for granted in terms of their importance for our environment and the well-being of our future generations.

The conservation and preservation of 937 acres of Coyote Valley will be seen by future generations as an immeasurable gift. This gift was wrapped and delivered by the city of San Jose, Peninsula Open Space Trust (POST) and the Santa Clara Valley Open Space Authority (OSA). It is the only undeveloped valley floor and the low-point of Santa Clara Valley. Let’s break down what this will accomplish.

First and foremost, the climate resiliency need for this area cannot be understated. The floods of 2017 showed the need for a flood plain to absorb the excessive rains that will become a more regular occurrence due to climate change. The drone videos of the Coyote Valley area during the floods demonstrate how natural infrastructure is more effective than man-made levees and flood protection. The July fire in the Coyote Creek area shows how San Jose is not immune to the fire risk seen throughout California. We need to provide a fire break to our neighborhoods in South San Jose.

The risk of contamination of our groundwater basin is way too great if this area gets developed. As we have seen across the country, industrial development has a bad history of discharging waste and toxin into the ground. There is not a feasible way for any industrial user to guarantee that they will not have a discharge, deliberate or not, into the groundwater. What is the health and well being of our citizens worth? Those uses are going elsewhere and we need to accept that trend is happening.

Coyote Valley is an important wildlife corridor connecting the Santa Cruz Mountains to the Diablo Range. By maintaining this corridor, we can ensure that wildlife reduces the risk of low genetic diversity by being able to maintain migratory pathways. This issue is important and can’t be overlooked.

A stall tactic to slow down the preservation of the whole Coyote Valley is the question of how to “transfer” the jobs within the San Jose 2040 General Plan.

The city has approved 470,000 new jobs within its city limits, according to the plan. Where to put the jobs and what type of jobs will be preserved is a common rejoinder of what I call the “Coyote Valley Job Crusaders.” They cry for the need for jobs to improve the San Jose jobs-to-housing ratio and they claim the need for more jobs outweigh the environmental importance of conservation.

When you suggest the world has changed and that there’s a better place to accomplish the jobs goals, they claim the jobs-to-housing ratio can only be accomplished by utilizing Coyote Valley. This argument is misguided and intellectually dishonest. An inconvenient truth about developing this area is that the city will lose money in the process. A fire station would need to be built (easily tens of millions of dollars), staffed and operated at a yearly loss until enough property taxes are collected over time.

“In addition, the new fire station will require ongoing funding of approximately $3.7 million per year for personnel, operating, and maintenance costs once the fire station is built,” according to the city’s Public Safety 2018-2022 Proposed Capital Improvement Program report, The jobs-to-housing ratio argument is based upon the fiscal argument of improving the yearly balance of the city’s General Fund.

That will not happen developing this area — the property taxes will not cover those costs in any foreseeable horizon.

San Jose needs to convert the entire Coyote Valley to open space and put the jobs planned there into a “jobs bucket.” That bucket can be allocated in the future wherever the market deems it needed. For all intents and purposes, Coyote Valley has been used as a jobs bucket.

But there are 35,000 jobs still pinned to Coyote Valley and they need to move.

The most obvious place to put them is downtown San Jose. The 18.5 million square feet of potential office development will need to tap into the bucket of jobs I’m proposing. Let’s keep it simple and just let downtown San Jose transform into the urban metropolis planned for decades. 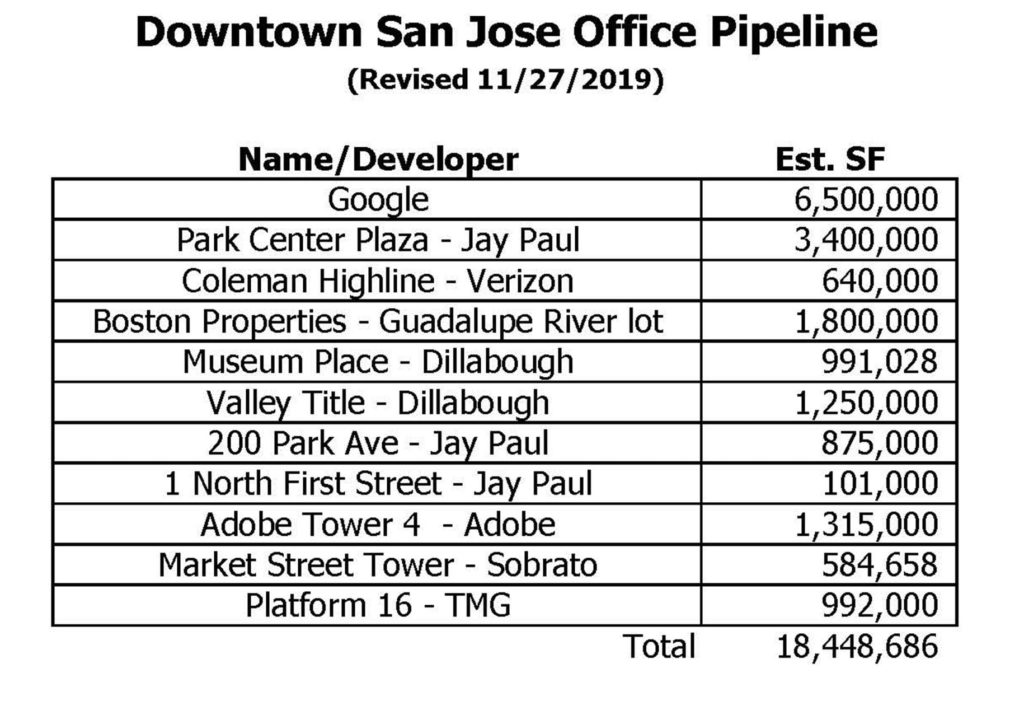 The Envision San Jose 2040 Task Force four-year review has kicked off and Coyote Valley will be discussed on Feb. 27, 2020. In my personal opinion, I believe the city should move all of the jobs off Coyote Valley following the review next year. Let it be a clear and decisive action that the city will honor the mantra, “Coyote Valley For All, Forever.”

Visit the websites for the OSA, POST and Protect Coyote Valley to learn more about Coyote Valley, its benefits and how to get involved.

Philbrick: Think twice before you try to 'beat the train'