Columns
by Bob Staedler
The Black Lives Matter banners at San Jose City Hall are pictured in this file photo.

San Jose like other parts of the country is dealing with the harsh realities of past racial injustice.

This has sparked “equity lens” and fairness conversations in the city’s budgeting of vital services. One of the undeniable wrongs that can’t be ignored is redlining. Redlining was a practice of creating racially segregated neighborhoods in every metropolitan area.

Coined by sociologist John McKnight in the 1960s, the term derives from how the federal government and lenders would literally draw a redline on a map around the neighborhoods they would not invest in based on demographics alone. In the 1930s, on the basis of risk mitigation, the federal government began redlining real estate and marking neighborhoods risky for federal mortgage loans on the basis of race. Congress passed the Community Reinvestment Act in 1977 to help prevent redlining, however discrimination still occurs through other avenues.

Let’s take a look at an example of a redlining map of San Jose: 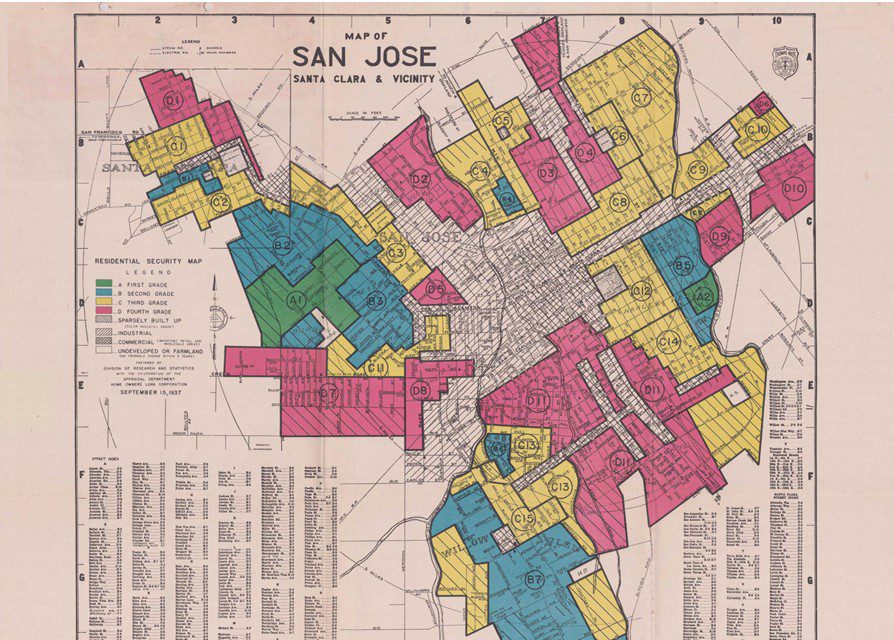 Redlining quietly and slowly became a widely accepted practice beginning in the 1930s. It took until the 1970s for action to be taken against it.

San Jose, despite giving lip service to equity and fairness, has begun down its own redlining path. Instead of mortgage lending, San Jose is using the California Environmental Quality Act (CEQA) to achieve this same goal.

It started with SB 743, signed into law in 2013. This law updated CEQA guidelines and created a new way lead agencies evaluated transportation impacts under CEQA. Per the Governor’s Office of Planning and Research website, new methodologies under CEQA (were) needed for evaluating transportation impacts that are better able to promote the state’s goals of reducing greenhouse gas emissions and traffic-related air pollution, promoting the development of a multimodal transportation system, and providing clean, efficient access to destinations.

As of July 2, 2020 agencies analyzed projects through a new metric called vehicle miles travelled (VMT) instead of level of service (LOS) analysis.

VMT measures how much auto travel a proposed project would have on existing road networks. The purported benefits range from commute by biking and walking, reducing crash fatalities and creating a more equitable transportation system. This all sounds great, but let’s look at the VMT map that the city of San Jose has created showing the new rule of development. 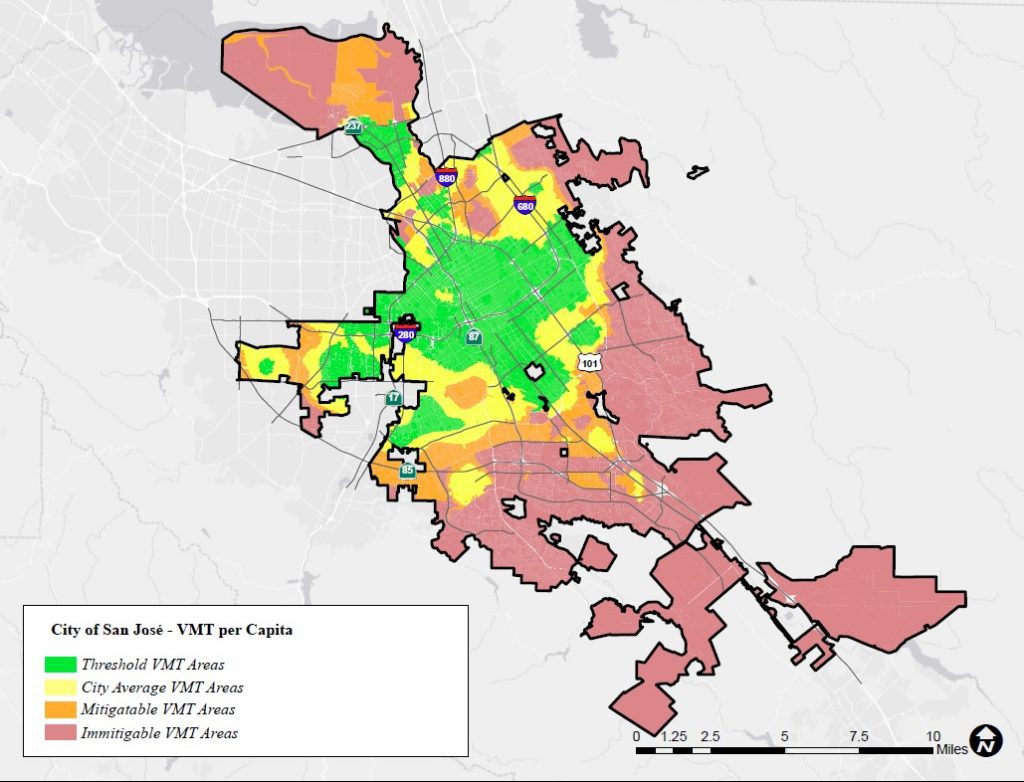 Does the map above look familiar?

The city of San Jose’s VMT policy has redlined development on the east and south side of San Jose. The red immitigable VMT areas have been created by city staff to stop badly-needed housing in the eastside. City officials have been dragging their feet on creating a policy what would allow the city council to override the immitigable area for sorely needed projects. The excuses range from it has just been adopted or claims that promises have been made to the neighborhoods that things would not change.

These types of excuses kept traditional redlining in occurrence during the ‘50s and ‘60s.

The time of city officials gaslighting the city council is over and it’s time for tough decisions to be made based on what’s best for the public, not what is best for city administrators.

Our elected leaders were voted in to make decisions about where housing is located. Doing little to next to nothing has cost the city of San Jose way too much. The time for action is now: We need to update the VMT policy allowing the city council the ultimate authority on where housing gets built.