Silicon Valley’s school board races have become the focus of a local right-wing group, and experts and school officials worry the outcomes could become politically polarizing.

The infiltration of far-right candidates in local school board races could have an impact on curriculum and day-to-day district governance.

The Silicon Valley Association of Republican Women is recruiting and grooming a slate of school board candidates on the ballot this November. The effort is part of a national movement to put more conservative voices in down-ballot seats.

Dozens of candidates are running in more than 30 school board races in districts that serve hundreds of thousands of students. If elected, board members will be responsible for millions in funding and tackling issues like school safety and police on campus, as well as education disparity and teacher housing.

The recruitment and training by the Silicon Valley Association of Republican Women began when the group hosted meetings with potential candidates over the summer, said Jan Soule, president and co-founder. The group even helped school board candidates file papers, launch campaigns and lobby for donations.

There are at least 13 school board members and candidates who align with far-right values, according to a San José Spotlight analysis, and have been endorsed by the GOP women’s association. It’s the most candidates the group has ever endorsed.

The group opposes critical race theory, which examines racism in systems and communities throughout history, and comprehensive sex education, its website says.

“We need to find a counterbalance on the school boards,” Soule told San José Spotlight. “That was the impetus to start looking around, seeing if anybody was interested in running.”

The goal is to have school boards that address parents’ voices, Soule said, especially those with conservative values.

The flood of conservative candidates in educational races is a national and statewide movement.

The California Republican party kickstarted its ‘Parent Revolt’ program ahead of this year’s election cycle, providing strategies and step-by-step guidance for conservative school board candidates. The race for superintendent of public instruction —the state’s top elected education official— has been rife with discussions on issues like book bans, sex education and COVID-19 measures like masking.

The effects of national and state politics are trickling down, and political polarization is now being felt at the local level.

“Sixty percent of parents believed that national politics and issues not relevant to their communities have negatively influenced school board meetings,” said Julie Marsh, a professor at the University of Southern California and co-director of the Rossier Center on Education Policy, Equity and Governance.

“I accepted the endorsement, and I spoke in front of their group. They were able to help me with fundraising, and because of that, I was able to afford a ballot statement,” Macias told San José Spotlight. He said he’s open to getting endorsements from Democrats too. 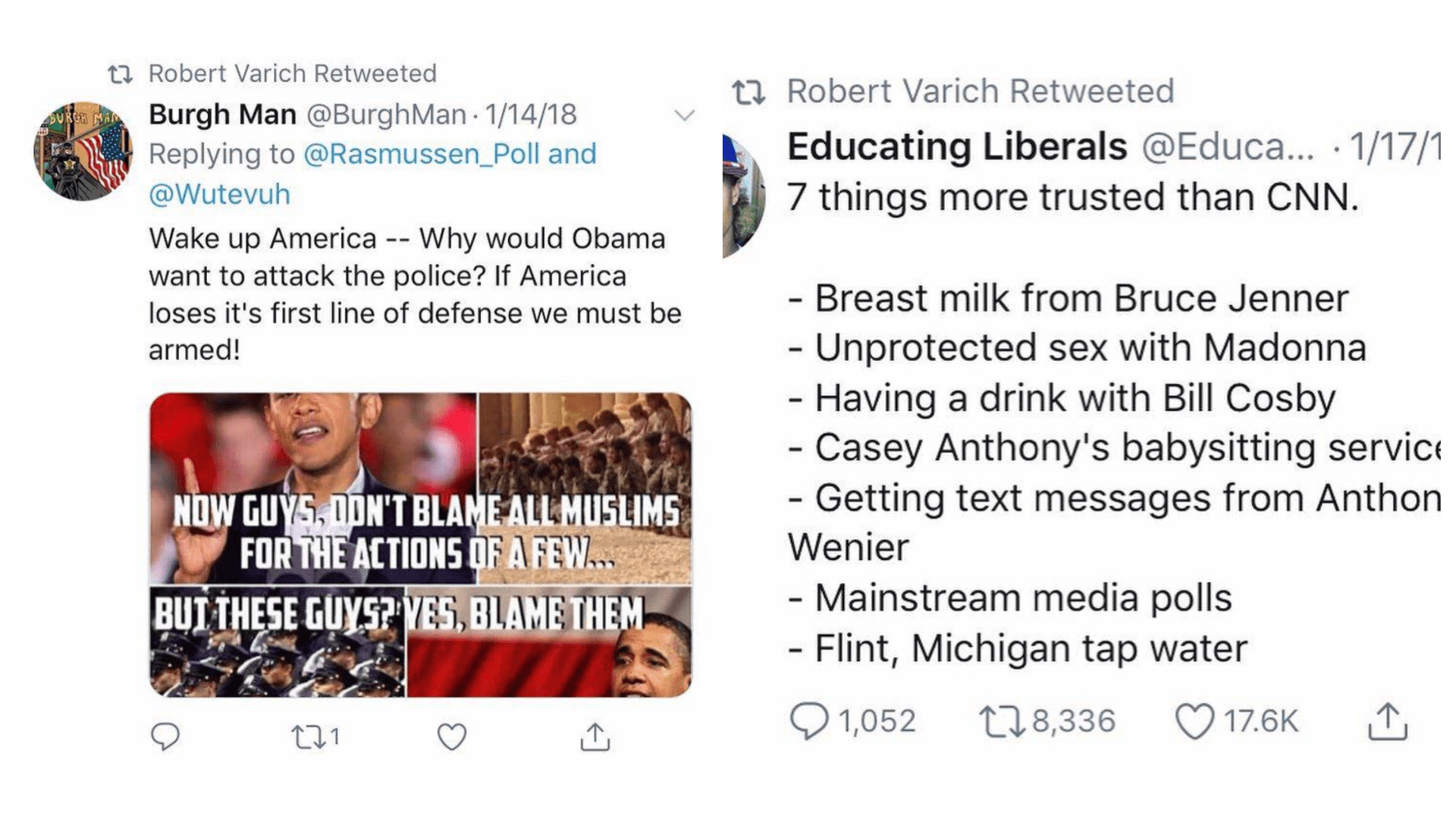 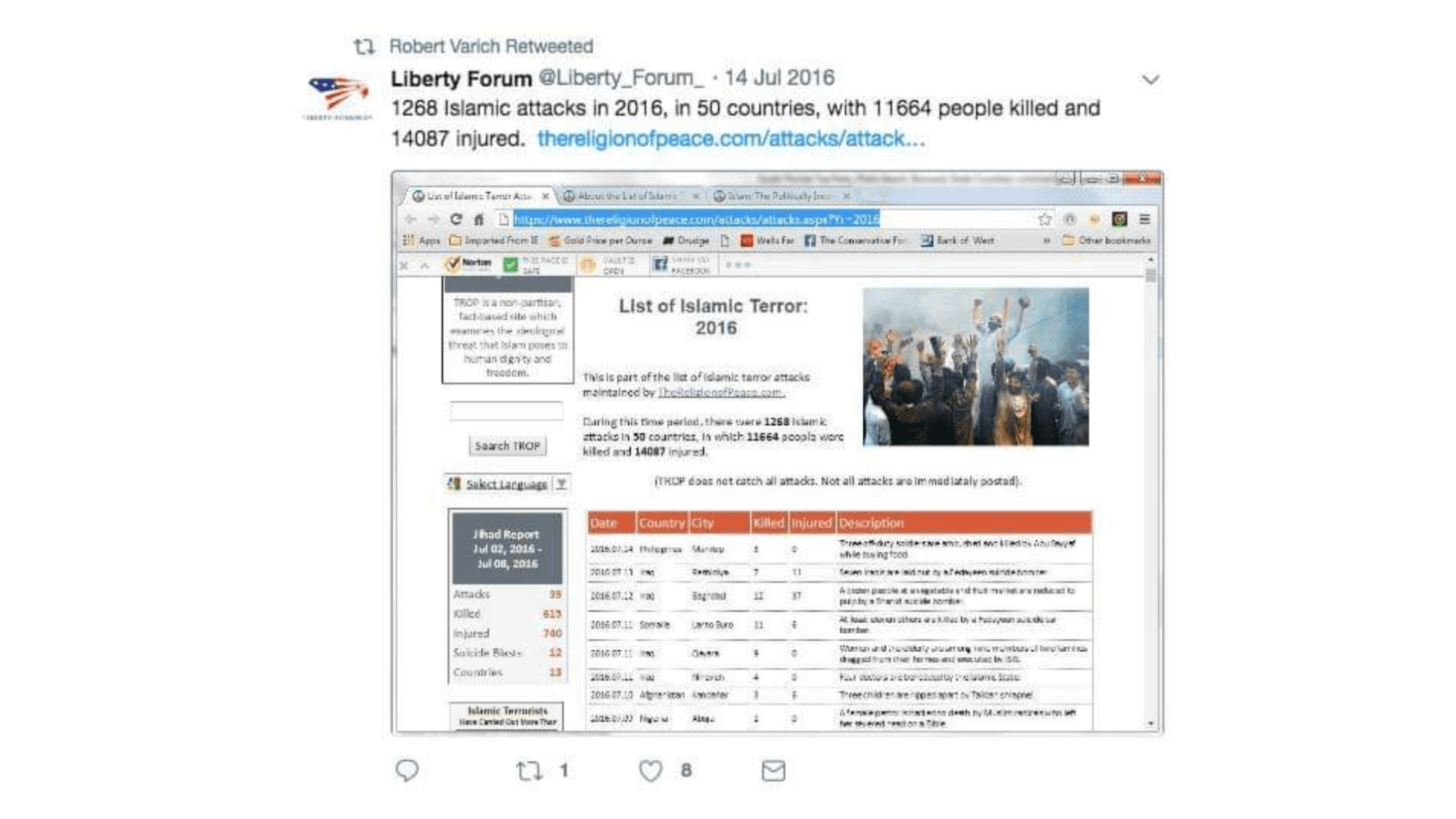 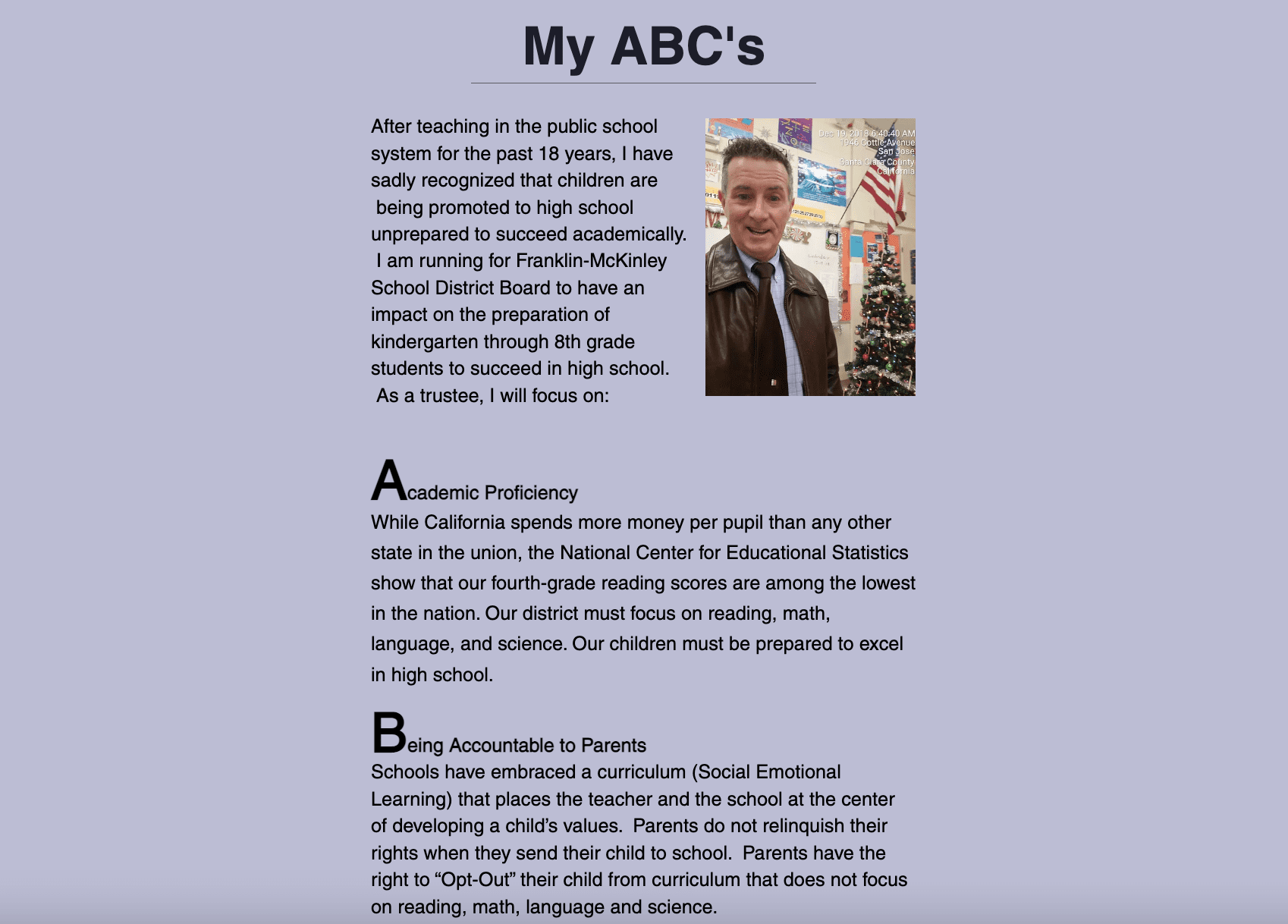 Marc Cooper, a candidate for Franklin-McKinley School District, parents have the right to remove their child from curriculum. Screenshot from Cooper's campaign website. 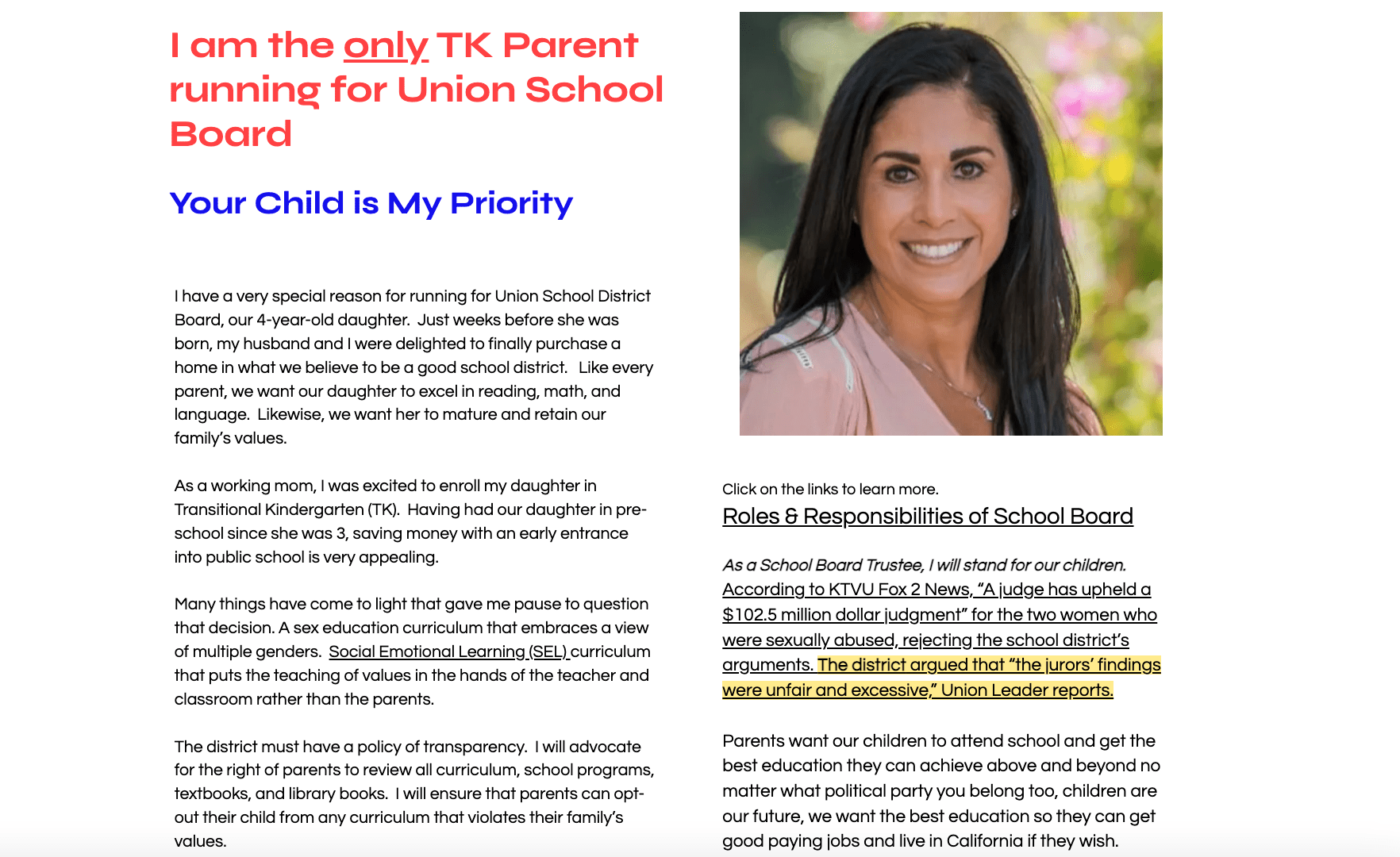 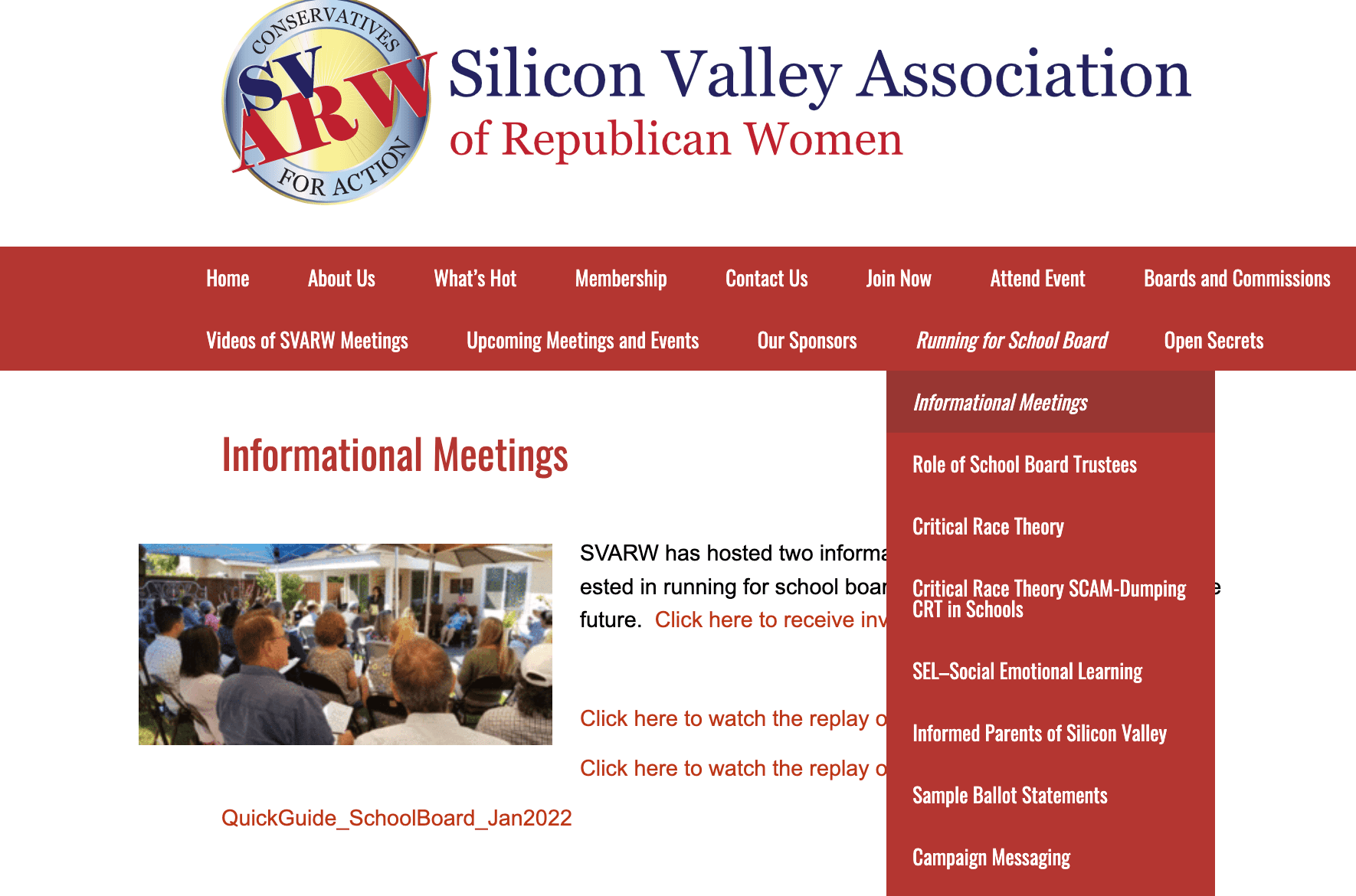 The Silicon Valley Association of Republican Women is recruiting and training school board candidates. Screenshot of SVARW's website.

Zoila Rollins, a far-right candidate running in the Union School District race, said on her website that she advocates for parental oversight over textbooks, and the right of parents to opt their children out if materials don’t align with personal values. She questions a “sex education curriculum that embraces a view of multiple genders.”

Franklin-McKinley School District board candidates Marc Cooper and Tammy Lariz are also endorsed by the Silicon Valley Association of Republican Women. Cooper argues parents “have the right to opt-out their child from curriculum that does not focus on reading, math, language and science” in his campaign materials. Both candidates could not be reached for comment.

Rudy Rodriguez, a current Franklin-McKinley board member running for reelection, said right-wing backlash over critical race theory and ethnic studies could place district programs in jeopardy. Candidates with these views, he said, are dangerous to the region’s diverse community.

“I fear that would include closing down our newly-established Vietnamese dual language immersion program and also our recently-established Spanish language dual immersion program,” Rodriguez told San José Spotlight. “Those types of programs, including our recent passing of K-8 ethnic studies curriculum for our schools, are vital to our young children learning about diversity.”

In one post from 2016, Varich retweeted material from an anti-Muslim site, including a list of supposed “Islamic terror” attacks. In another from an unidentified year, Varich retweets a post that contains transphobic, misogynistic and racist content.

Stacey Brown, a progressive Campbell Union High School District board member, has served three years with Varich. She said political divides are not new among school board members but they often cross political lines to get things done. Brown terms out in December and is not seeking reelection.

“I have served with people that do not share the same ideological views that I do, (that) are on the opposite side of the political spectrum,” Brown told San José Spotlight. “We have a unity of purpose, which is usually a vision for how we’re going to deliver the student outcomes that our community wants.”

Whether these GOP-recruited candidates succeed is ultimately in the hands of voters.

“It’s the voter’s responsibility to know who they’re voting for,” Brown told San José Spotlight. “Do the homework.”