Elections
by Madelyn Reese
The polls are open at the Register of Voters for those who want to vote early. File photo.

With Election Day little more than a month away, it’s time to make sure you’re registered to vote, you know what will be on the Nov. 3 ballot and how to cast your ballot.

To register, go to www.registertovote.ca.gov. Voters must also re-register to vote if they are changing political parties. All registered voters in California will receive a mail-in ballot, regardless of whether they requested it. Ballots are sent to the registered address.

You can check your voter registration status at Santa Clara County’s voting registrar website here. If you’re 16 or 17, you can also pre-register to vote using this link. Santa Clara County residents will begin receiving ballots in the mail the week of Oct. 5.

The deadline to register in California is 15 days before the election. If you forget to register before that deadline, you’ll be able to register at the county elections office or a polling place.

A list of vote centers and drop boxes in the county can be found here or by toggling the interactive maps below. Drop boxes open Oct. 5 and close at 8 p.m. Nov. 3. 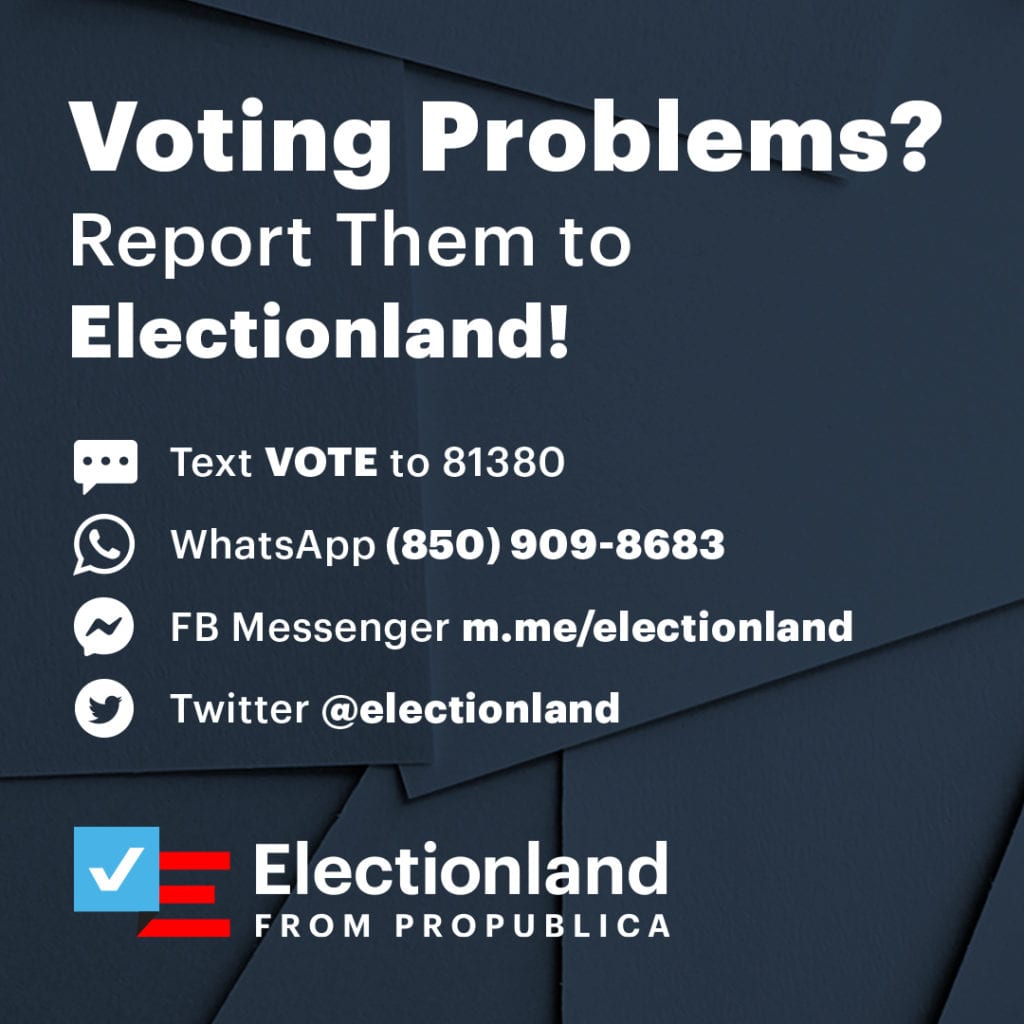 San José Spotlight is a local partner with ProPublica’s Electionland collaboration, offering Santa Clara County voters the opportunity to notify us if problems arise at the polls in 2020. Voters can report issues that include long lines, harassment at the polls, changed voting locations and vote disruption caused by hacking.

Electionland is a partnership program between the New York-based nonprofit and local news organizations nationwide that will cover the Nov. 3 general election.

San José Spotlight will be notified whenever a voter reports a problem, allowing us to investigate issues and disperse information to readers.

A full list of candidates, local races and ballot measures is available on the county’s website here.

The San Jose City Council seats in Districts 4 and 6 are up for election. In District 4, incumbent Councilmember Lan Diep will face off with challenger David Cohen, who currently serves as a Berryessa school board trustee. In District 6, current Councilmember Dev Davis will fight for her seat against Jake Tonkel.

As Dave Cortese terms out of his seat on Santa Clara County’s Board of Supervisors, former Sunnyvale Mayor Otto Lee and Assemblyman Kansen Chu will compete to replace him as the District 3 representative. Chu is stepping down from his seat in the state Legislature to run for office. Lee is a patent attorney and a 28-year veteran of the United States Navy.

Seats for Districts 1, 4, 5 and 6 are also up for election for Santa Clara City Council.

In District 1, Santa Clara Cultural Commissioner Harbir Bhatia and current Councilmember Kathy Watanabe will grapple for the spot to represent the north end of the city. Councilmember Teresa O’Neill is defending her seat as District 4 representative against engineer Kevin Park.

At the state level, Cortese and former FCC chair Ann Ravel are vying to represent Senate District 15. The district spans most of Santa Clara County, including San Jose, Campbell, Cupertino, Los Gatos, Monte Sereno and Saratoga, and is home to more than 900,000 residents. The seat is held by outgoing Sen. Jim Beall.

This measure decides whether the powers of San Jose’s Independent Police Auditor are expanded. If approved, Measure G would give the auditor the ability to investigate allegations against police officers for use of force and review reports of officer-involved shootings.

The measure also asks voters if the Planning Commission should be restructured and have its seven members grow to 11. It would impose term limits for members and prohibit lobbyists from serving. Finally, the measure would allow councilmembers to extend the timeline for redistricting due to potential delays with the U.S. Census results.

This message would raise the city’s card room tax to 16.5% from 15%. The increase would generate $15 million every year for San Jose’s general fund. That money would go toward fire protection, disaster preparedness, 911 emergency response, street repair and youth programs.

The measure would also add 15 extra tables games per establishment for a total of 30 more tables citywide.