WASHINGTON, D.C. —  Rep. Ro Khanna, D-Fremont, is running for re-election against Republican challenger Ritesh Tandon. Khanna was elected to Congress in 2016. He is a member of the House Budget Committee, the House Armed Services Committee and the House Committee on Oversight and Reform.

Khanna and Tandon recently were given the opportunity to answer the same 10 questions from San José Spotlight. Read Tandon’s responses here. Answers were lightly edited for length and clarity.

Why do you believe you are the best candidate to represent the 17th district?

In my two terms representing California’s 17th district, I have worked to spread the success and innovation of Silicon Valley across the country. I have passed multiple pieces of bipartisan legislation that have been signed into law while continuing to push back against policies that are detrimental to our future. I pledged to be an accessible and transparent representative, refusing contributions from special interests and lobbyists, while continuing to hold monthly town halls to discuss the issues with the community. 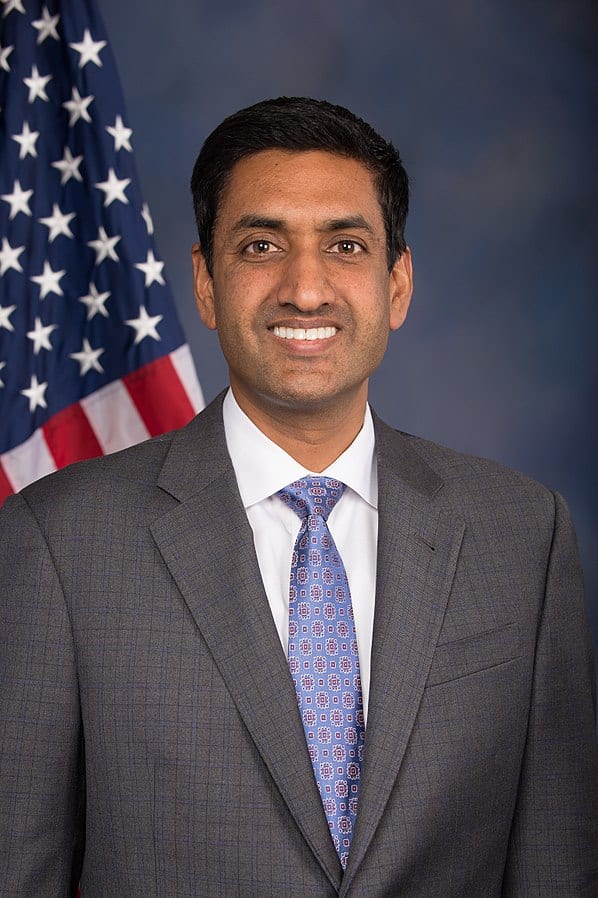 California is home to an estimated 2 million undocumented immigrants. What are your views on immigration reform and border security?

It’s no secret that we need to significantly overhaul our immigrant system. When I visited the Del Norte Processing Center in El Paso, I saw firsthand the effects of this administration’s return-to-Mexico stance. Many come to the United States to work and make some money before going back to their home countries. We need a bipartisan plan to provide work permits and have to invest in asylum processing centers before migrants reach the Mexican border.

According to the United Nations, there were approximately 26 million refugees worldwide at the end of 2019. What role, if any, do you believe the United States should play in the global refugee crisis?

The United States has to be a leader in addressing the global refugee crisis. We can accomplish this by ending trade deals that displace workers, ending our involvement in foreign conflicts and by investing in greater economic cooperation.

A report from IBM estimated 120 million workers worldwide will need to be retrained by 2022 due to artificial intelligence. What steps, if any, should the federal government take to help the nation prepare for the emergence of AI?

A darker side of the digital revolution is that it has left behind a large digital divide in our country. The federal government first needs to invest in broadband infrastructure in rural areas so that students across the country have the necessary tools to learn skills for high paying tech jobs. Additionally, we need to invest in more two-year and trade schools. I have partnered with Silicon Valley companies to bring tech training, apprenticeships and jobs to rural swaths of the country. By investing in these communities, we will build a workforce that allows us to remain competitive in a 21st century economy.

The killing of George Floyd last May sparked nationwide protests, including some in Silicon Valley, against police brutality. What are your views on police reform?

George Floyd’s death was another stark example of the need to codify a national set of standards law enforcement officers must follow. After Stephon Clark’s death, I introduced the PEACE Act mandating that the use of force be an absolute last resort, which was included in the Justice in Policing Act passed earlier this summer.

More than 200,000 Americans have now died from the coronavirus. Do you think the federal government is effectively managing the pandemic? If not, what do you believe should be done going forward to contain the virus?

The administration’s response to the pandemic has been based out of fear and denial instead of listening to the science and the experts. The federal government needs to establish a national testing program, invest in contact tracers and a national vaccine strategy. My Essential Workers Bill of Rights mandated enough personal protective equipment and premium hazard pay to essential workers, which were included in the HEROES Act.

What do you think the federal government should do to help the nation economically recover from the pandemic?

I have introduced a bill that provides Americans with $2,000 a month for up to 12 months to cover lost wages and support the economy. A one-time $1,200 is not enough to sustain Americans through this pandemic. The government needs to provide enough assistance to workers who have been displaced by the shutdown and ensure that individuals aren’t forced to choose between their safety and their paychecks.

How should legislators approach climate change?

Climate change is not only devastating to the environment and the economy, but it also disproportionately impacts low-income communities and communities of color. The government has to pass the Green New Deal, and we need to invest in innovative solutions to combat climate change. By investing in renewable energy and new technology, the United States will create new jobs and be a global leader in the fight against climate change.

The United States has grown increasingly divided in recent years. Do you believe this is problematic? If re-elected, how would you try to tone down the divisive rhetoric in society and how would you work to find bipartisan solutions in Congress?

We need to return to a time when we treated everyone with basic empathy and respect. Unfortunately, the president’s rhetoric does not help. I have worked across the aisle to pass multiple bipartisan laws and will continue to reach out across the aisle.

Is there anything else you would like to say to voters?

When I was elected in 2016, I pledged to bridge Silicon Valley with Washington D.C. I have held a town hall once a month since I was elected, and have worked with local leaders to address issues affecting the community. I am thankful for the chance to continue my work in Congress.

Can you help us make a difference?

Nonprofit news gives power to people, but power doesn’t come for free. If you value San José Spotlight’s reporting, please consider a tax-deductible donation today so we can continue doing the local reporting that matters to you.