WASHINGTON, D.C. —  Rep. Anna Eshoo, D-Palo Alto, is running for re-election against Democratic challenger Rishi Kumar. Eshoo was elected to Congress in 1992 and currently chairs the Subcommittee on Health and serves on the Subcommittee on Communications and Technology.

Eshoo and Kumar were recently given the opportunity to answer the same 10 questions from San José Spotlight. Read Kumar’s responses here. Answers were lightly edited for length and clarity.

Why do you believe you are the best candidate to represent the 18th district?

My experience, leadership, effectiveness and commitment to my constituents make me the best candidate to represent the 18th district, especially now as I chair the House Subcommittee on Health during this COVID-19 pandemic. I have called the Administration to account for their oversights, called witnesses to testify of their interference with scientific experts and shined a light on decisions made in the shadows.

As a San Mateo County Supervisor for 10 years, I led the establishment of the Health Plan of San Mateo, took on the AIDS crisis to save lives, preserved thousands of acres of open space and protected the most vulnerable citizens. As a member of Congress, I’ve served on the House Intelligence Committee and protected Americans’ civil rights; drafted portions of the ACA as a member of the Health Subcommittee and championed Net Neutrality for a free, open and accessible internet for all.

I am proud to be the author of 45 bills signed by four presidents, Democrat and Republican. I’m proud to stand on my record. 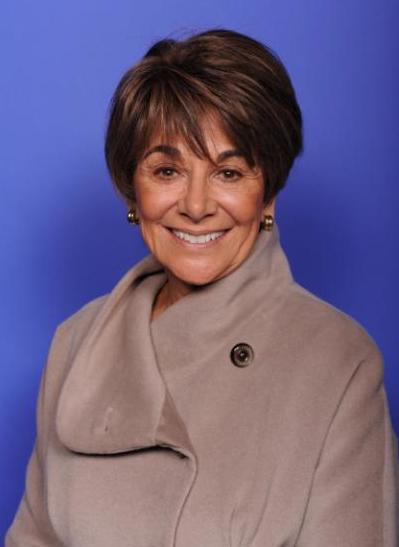 California is home to an estimated 2 million undocumented immigrants. What are your views on immigration reform and border security?

I have voted for comprehensive immigration reform that provides a timely pathway to citizenship for our undocumented community and especially Dreamers, modernizing our visa program, providing humanitarian relief for those fleeing violence, enhancing border security and increasing employer accountability for employing undocumented workers.

According to the United Nations, there were approximately 26 million refugees worldwide at the end of 2019. What role, if any, do you believe the United States should play in the global refugee crisis?

As the daughter of immigrants who fled from their home countries to escape religious persecution, I have a special place in my heart for refugees and believe the United States should play a larger role in the global refugee crisis. I have vigorously opposed people seeking asylum and refugee status being detained upon their arrival and housed in detention centers, and support expanding the federal refugee and asylum programs, thereby increasing the number of refugees and asylees that are welcomed in the United States.

A report from IBM estimated 120 million workers worldwide will need to be retrained by 2022 due to artificial intelligence. What steps, if any, should the federal government take to help the nation prepare for the emergence of AI?

History shows us that technological shifts yield more jobs than they cost on the whole, and I don’t see any evidence that AI is or will be different. However, the government should help people who lose jobs to automation. In terms of retraining, community-based organizations tend to be most effective. The role of the federal government should be to fund and enable local programs of these kinds. The federal government also needs to ensure that individuals who are between jobs don’t lose access to health care and other basic needs of life.

The killing of George Floyd last May sparked nationwide protests, including some in Silicon Valley, against police brutality. What are your views on police reform?

The brutal murder of George Floyd pierces the conscience of our nation, as it should. I applaud and have stood with peaceful protesters of police brutality and support police reform. To that end, I was an original co-sponsor and voted for a House Resolution that condemns police brutality, racial profiling and the use of excessive force.

In addition, I co-sponsored and voted for the George Floyd Justice in Policing Act that would prohibit police from using chokeholds or otherwise applying pressure to the throat; work to end racial, religious and discriminatory profiling; set uniform standards for police departments regarding use of force, civilian review, transparency, due process, body cameras and training; eliminate qualified immunity for police officers; require allegations of police misconduct to be investigated by independent prosecutors; prohibit the transfer of military equipment that is not appropriate for police work, including grenades, armored vehicles and silencers from the military to local police departments; and provide grants to states that mandate cultural competence and unconscious bias training for law enforcement.

More than 200,000 Americans have now died from the coronavirus. Do you think the federal government is effectively managing the pandemic? If not, what do you believe should be done going forward to contain the virus?

The federal government’s management of the COVID-19 crisis has been a dismal failure and has resulted in countless unnecessary deaths and economic devastation. The pandemic has exposed deeply troubling issues for Americans. As chair of the Subcommittee on Health, I sounded the alarm on these issues in January and held hearings to call the Administration to account for its abdication of responsibility, to prompt action and to better understand what can be done to prevent such failings in the future. I introduced (legislation) this year that would achieve the following and more:

● study the effects of COVID-19, short and long-term, on all patients

● require the formation of a committee of experts by the National Academies of Sciences, Engineering, and Medicine to study the issue of dependence on foreign drug manufacturing and report findings and recommendations to Congress within 90 days

What do you think the federal government should do to help the nation economically recover from the pandemic?

I have voted for comprehensive coronavirus relief bills such as the HEROES Act that we passed in the House in May and the updated HEROES Act. I will continue to introduce my own legislation to improve the well-being of all. The Senate needs to pass and the president needs to sign into law a comprehensive coronavirus relief package that includes strong support for our heroes on the frontlines, the unemployed, small businesses, education, child care and state and local governments, and invests in testing, tracing and treatment.

How should legislators approach climate change?

Legislators should act now to protect future generations from the devastating impacts of climate change such as the unprecedented wildfires we experienced this summer. I support the Green New Deal, which is an aspirational statement of environmental policy ideals. I have cosponsored and voted for legislation, such as the Energy Innovation and Carbon Dividend Act, that would impose a fee on carbon emissions and the Moving Forward Act, a landmark infrastructure bill, that would drive energy efficiency gains across the economy.

The United States has grown increasingly divided in recent years. Do you believe this is problematic? If re-elected, how would you try to tone down the divisive rhetoric in society and how would you work to find bipartisan solutions in Congress?

It is a serious concern and I have consistently worked to build bridges and cross them. I served as co-chair for the House of Representatives’ Bipartisan Retreat for a number of years. It was a great opportunity to spend time with colleagues away from the office and make human connections. That is the best way I have found to reduce the tendency to view everything through an adversarial lens: learn about people’s families, their histories and hobbies. It’s much harder to demonize someone who roots for your team.

Is there anything else you would like to say to voters?

We have an obligation to collect the lessons of this year and share them with the next generation so we can spare them the loss, suffering and upheaval we have experienced. I take that responsibility seriously, particularly when it comes to how our nation practices public health. Representing the 18th District is a privilege I never take for granted. I am grateful to be your representative in Congress.