The Vietnamese American Service Center in San Jose kicked off construction in a groundbreaking ceremony Saturday morning, marking a milestone in Vietnamese American history after the first wave of immigrants came to the U.S. nearly half a century ago.

The 30,000 square-foot center, located on Senter Road, is slated to open its doors in late 2021. VASC will offer a host of health services as well as community events.

Hundreds from the Vietnamese community joined lawmakers in celebrating the project, the buzz of chatter and sounds of laughter filling the air. Many of the women were in the traditional Vietnamese garment, áo dài, in vivid colors like sunshine yellow and bright red. 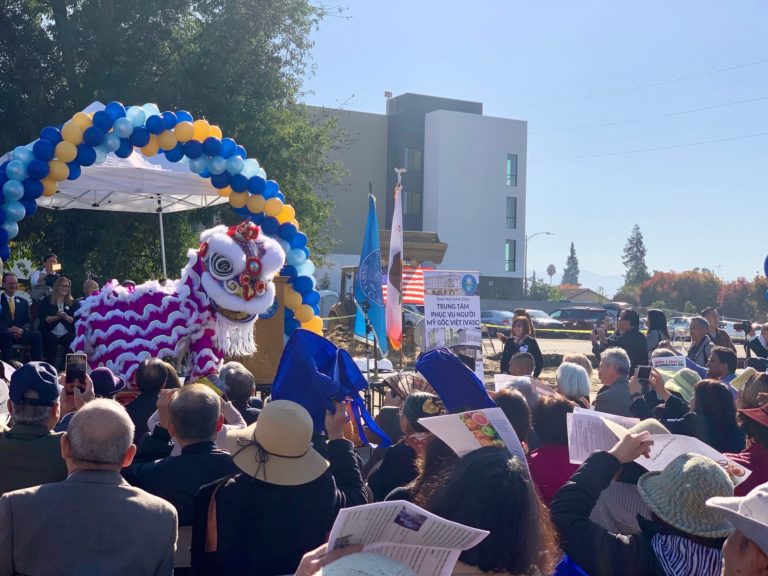 Lion dancers gave the crowd a show, dancing to the beats of cymbals, gongs and drums. Photo by Loan-Anh Pham. 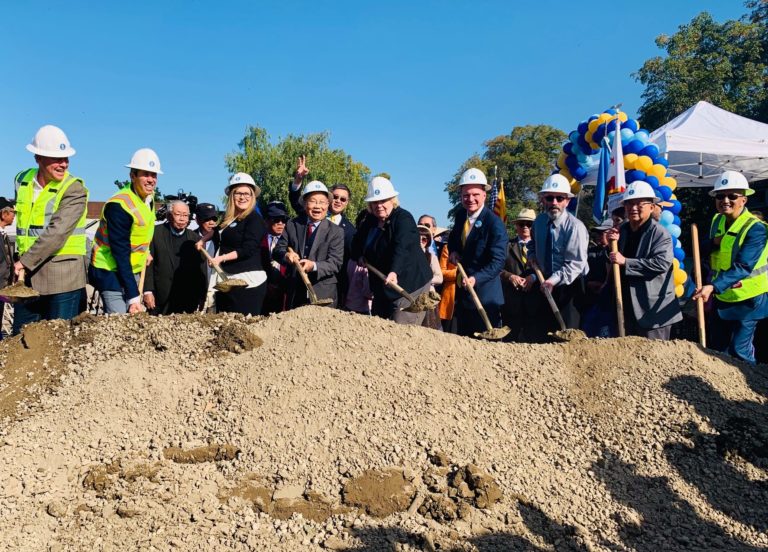 Lawmakers and audience members alike put on hard hats and grabbed a shovel for the actual groundbreaking. Photo by Loan-Anh Pham. 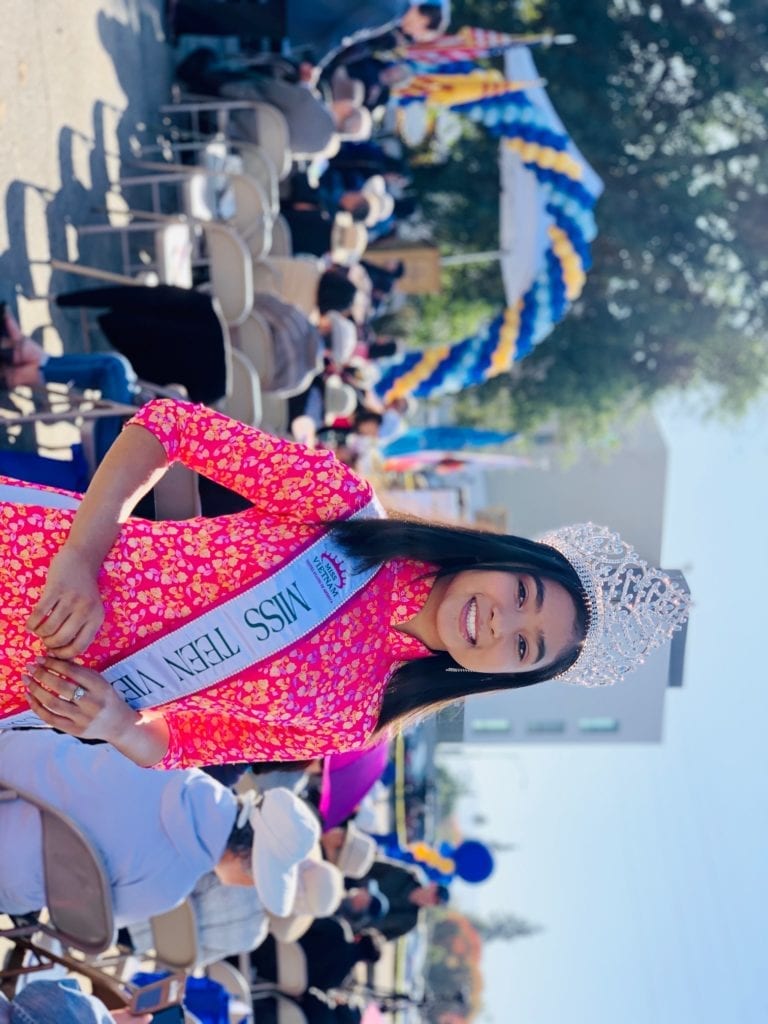 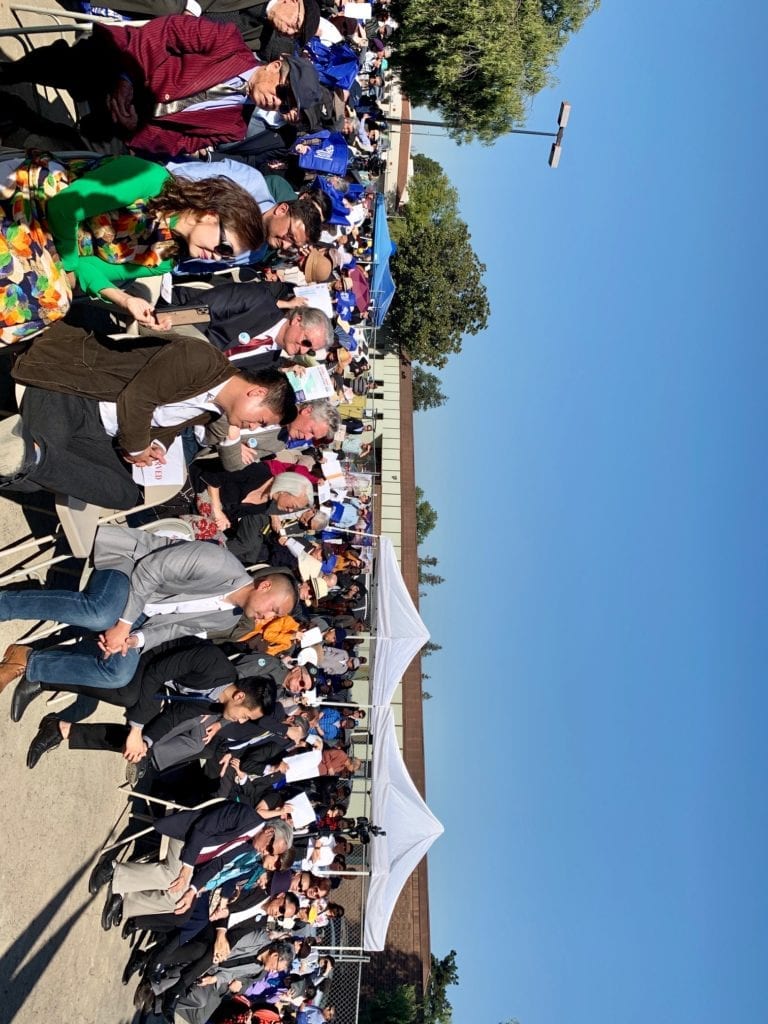 The hundreds strong crowd filled the seats and the surrounding areas. Photo by Loan-Anh Pham. 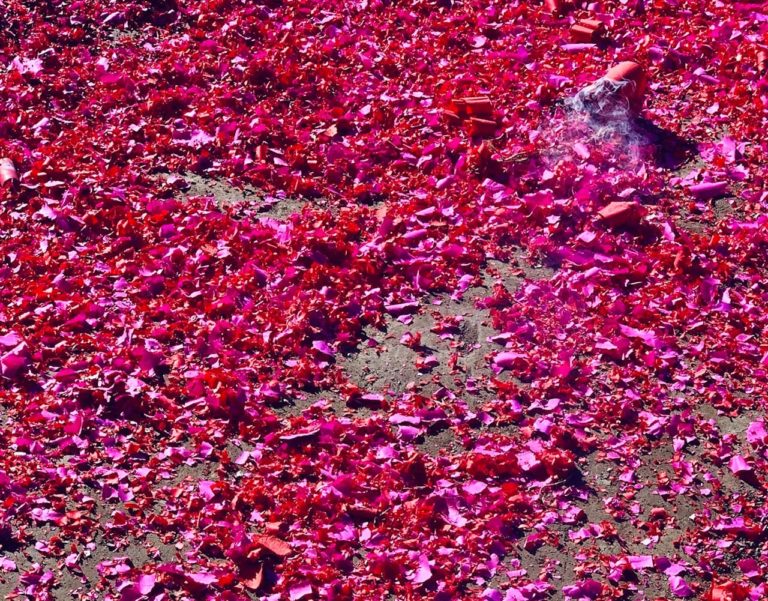 Firecrackers kicked the groundbreaking off with a bang. Photo by Loan-Anh Pham.

The opening ceremony included a performance of the U.S. and Republic of Vietnam’s national anthems by young singers Victoria Thúy Vi McDowell and Jenny Triệu Đan Anh, followed by lion dancers who took to the stage to the festive beats of cymbals, gongs and drums, performed by the Far East Dragon Lion Dance Association. These performances preceded a series of guest speakers, including General Nguyễn Khắc Bình.

Nguyễn said it was the Vietnamese community’s “happiest day.”

Santa Clara County Supervisor Dave Cortese started off his speech with a Vietnamese greeting, “Kin chào quý vị,” to friendly laughter and applause. Cortese started the process of establishing the historic center in 2011, urging the county’s Public Health Department to conduct a health assessment on the Vietnamese American community.

Supervisor Cindy Chavez, who led the VASC Stakeholder Assessment with Cortese and requested funds for VASC in 2014, said Santa Clara County lawmakers have “listened and learned” from the Vietnamese community.

“We are grateful for your vision, for your ideas, for your energy and for your leadership,” Chavez said. “This center will reflect your values and your vision and the services that you told us you wanted.”

San Jose is home to the most Vietnamese residents of any city outside Vietnam. City leaders in recent years created a much smaller Vietnamese American Cultural Center at the George Shirakawa Community Center in San Jose and opened the country’s first small business center specifically for Vietnamese business owners. In addition to a large presence in the business community, Vietnamese residents have become a formidable and highly-sought voting bloc here in Silicon Valley.

Diep and Tran, alongside candidate David Cohen, are expected to face off for the north San Jose council seat early next year.

The actual groundbreaking was punctuated with the deafening sounds of firecrackers and cheers from the crowd.

On this sunny Saturday morning, I'm here for @SJSpotlight at the groundbreaking for the Vietnamese American Service Center! Everyone is chattering away as we wait for the event to start. ???? pic.twitter.com/XaZT7AhJEw

Victoria Thúy Vi McDowell, 16, a Los Gatos High School student and the 2019 Miss Teen Vietnam USA, donned an eye-catching ensemble: a hot pink áo dài and a towering, glittering crown on her head. She accompanied the look with a warm smile.

The groundbreaking ceremony was a great opportunity for everyone to come together, McDowell said, and VASC, once opened, will let that same spirit of community shine.

“I think (VASC) will also help the young people be able to connect with the older generation,” McDowell said.

Bryan Bùi, 61, a machinist who lives in Berryessa was chatting with a friend in the shade before the ceremony. VASC, he said, will be a home away from home.

“The elderly are very lonely,” Bùi said. “So I think that if there is a place for them every day, this is a small hometown for us, for people to come and see each other. It’ll be a source of joy for everyone.”

The center also will help provide a glimpse of Vietnamese culture and history, Bùi said.

The building’s architect, Thắng Đỗ, CEO of Aedis Architects, said VASC’s goals are twofold: to represent Vietnamese culture and heritage in the building itself and to provide health services to a community that traditionally shies away from topics such as mental health.

“The idea of the center is to make it highly accessible,” Đỗ said. “The center creates an opportunity for low-risk, soft contact between community members and county services.”

The building’s design incorporates extensive community input, featuring a large “V” on the main windows (for Vietnam) and visitors will see Vietnam’s coastline etched on the floor in the iconic “S” shape. A diaspora diagram will show where Vietnamese communities have sprung up around the world.

“There may be other facilities,” Đỗ said. “But not to this degree of sophistication and size.”