Washington, D.C.— America has a familiar routine when it comes to mass shootings: Vigils are held, thoughts and prayers offered, money is raised to support the victims’ families and heated arguments ensue over gun control. Then comes the eventual return to the status quo, until the next mass shooting, when the cycle repeats itself.

The recent mass shooting at a VTA light rail yard in San Jose, which left 10 dead including the gunman, hasn’t deviated from the script so far—but Rep. Zoe Lofgren (D-San Jose) said the deadly cycle must stop.

“I believe it would be wrong to only offer the victims’ families our thoughts and prayers,” Lofgren told San José Spotlight. “The VTA yard shooting should make us recommit to actions to end the epidemic of gun violence in our country.”

Lofgren was among House legislators who passed a pair of bills in March intended to expand background checks on all firearm sales. Reps. Anna Eshoo (D-Palo Alto) and Ro Khanna (D-Fremont) also supported the measures. 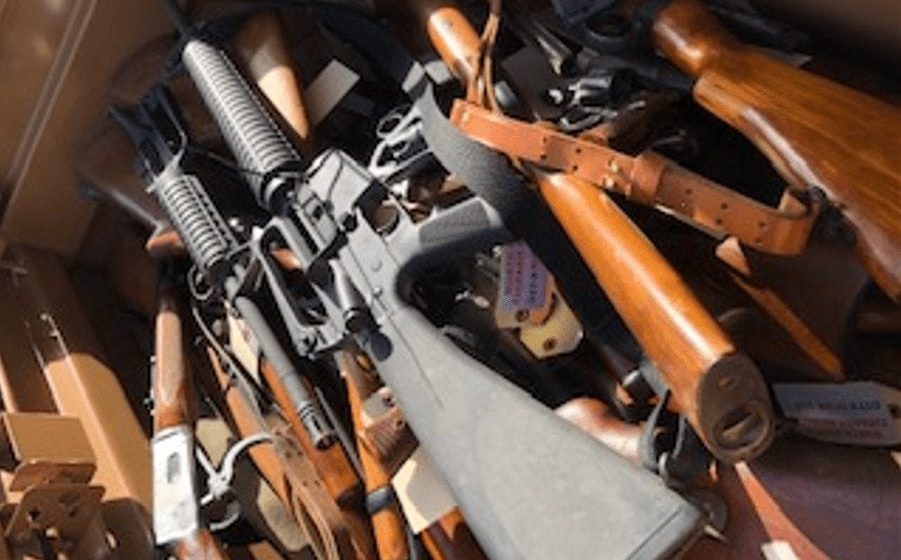 Neither bill would enact sweeping changes. But Lofgren believes the measures could still save lives—if they pass the Senate.

“It’s unconscionable that Senate Republicans continue to defy the will of the American people,” she said. “America does not have to be the only country on earth where mass shootings are a near daily occurrence.”

But getting any type of gun reform to clear the Senate is difficult because a filibuster can block legislation that would otherwise pass with a simple majority. To stop a filibuster, 60 senators must vote in favor of ending it, meaning Senate Democrats would currently need support from 10 Republicans to overcome this tactic.

“We must get rid of the filibuster to make meaningful change,” Khanna told San José Spotlight.

Abolishing the filibuster is controversial, with Republican lawmakers and a few Democrats opposed. Senate Minority Leader Mitch McConnell (R-Kentucky) recently called the filibuster the “essence of the Senate” in an op-ed, and argued it serves as a stabilizing force that prevents the Senate majority from having too much power.

But Khanna believes eliminating the filibuster would be a life-saving step in regards to gun violence.

“What happened at the VTA facility was a horrific reminder of just how much our government has failed to protect our communities,” he said. “We have to put the lives of Americans today ahead of archaic Senate traditions.”

Slightly more than half of Americans surveyed support increasing overall gun control, according to recent data from the Pew Research Center. The nonpartisan center found the number of Americans who believe the U.S. needs stricter gun laws was 52% in 2017, 60% in 2019 and 53% in 2021.

Support for some specific gun control measures, however, is notably higher.

This year, the center found 87% of Americans want to block those with mental illnesses from acquiring guns, while 81% support background checks for private gun sales and sales at gun shows. The APM Research Lab found a majority (70-77%) of Americans also support red flag laws, which would let police or family members petition the court to temporarily confiscate an individual’s firearms if they are a threat to themselves or others.

California already has some of the strictest gun laws in the nation. Some gun rights proponents say this is evidence that laws cannot prevent gun violence, while gun control advocates argue consistency is needed across all states.

In a blow to gun control supporters, a federal judge on Friday overturned California’s longtime ban on assault weapons. In the ruling, U.S. District Judge Roger Benitez of the Southern District of California said the ban was unconstitutional and likened the AR-15 rifle to the Swiss Army knife.

The state will file an appeal against the ruling, according to a statement from California Attorney General Rob Bonta.

“There is no sound basis in law, fact or common sense for equating assault rifles with Swiss Army knives, especially on Gun Violence Awareness Day and after the recent shootings in our own California communities,” he said.

Gov. Gavin Newsom decried the ruling and credited state laws for helping California achieve one of the lowest firearm-related death rates in the nation. San Jose Mayor Sam Liccardo also slammed the ruling on Twitter, calling it one of the worst opinions of 2021.

Liccardo, who recently spoke with San José Spotlight about gun control, was among a handful of leaders who gathered at City Hall on Tuesday to propose local gun control measures, including a law that would require all firearm owners to carry liability insurance.

Meanwhile, Brandon Combs, president of the Firearms Policy Coalition in Sacramento, said the overturning of California’s assault weapons ban was a historic victory for individual liberty.

“Judge Benitez held what millions of Americans already know to be true: Bans on so-called assault weapons are unconstitutional and cannot stand,” he said in a statement.

The May 26 mass shooting in San Jose came on the heels of several others, including deadly incidents at spas in Atlanta and a FedEx facility in Indianapolis. Days later, another mass shooting occurred at a concert in Miami over Memorial Day weekend.

The nine victims in San Jose all worked for the VTA. Khanna praised their commitment to the community.

“These were public servants and frontline heroes who kept San Jose running during the darkest moments of the last year,” he said.