Hundreds of families are bracing for an upcoming court battle with the city of San José, Santa Clara County and Santa Clara Valley Water District, nearly two years after their homes were destroyed and lives upended by the flooding of Coyote Creek.

About 150 flood victims filed a lawsuit last year in Santa Clara County Superior Court, citing negligent infliction of emotional distress and breach of mandatory duty, among other claims. All three public agencies have vowed to fight back at a court hearing on January 11th, citing state laws they say let them off the hook.

Officials neglected to prepare themselves or residents for the storms, the lawsuit claims, calling it the government’s “failure to properly and reasonably design, control, maintain and operate” overspilling and flooding at Anderson Dam and Coyote Creek, and to alert residents ahead of time about the approaching flood. More than 14,000 Rock Springs and Olinder Park residents were displaced by the February 2017 disaster that caused $100 million in property damage and that the victims said was avoidable and easily foreseen.

Court documents also blame the city for not adequately managing emergency shelters or prioritizing affordable housing for citizens, which subjected “displaced plaintiffs and and their neighbors to additional trauma and distress.” 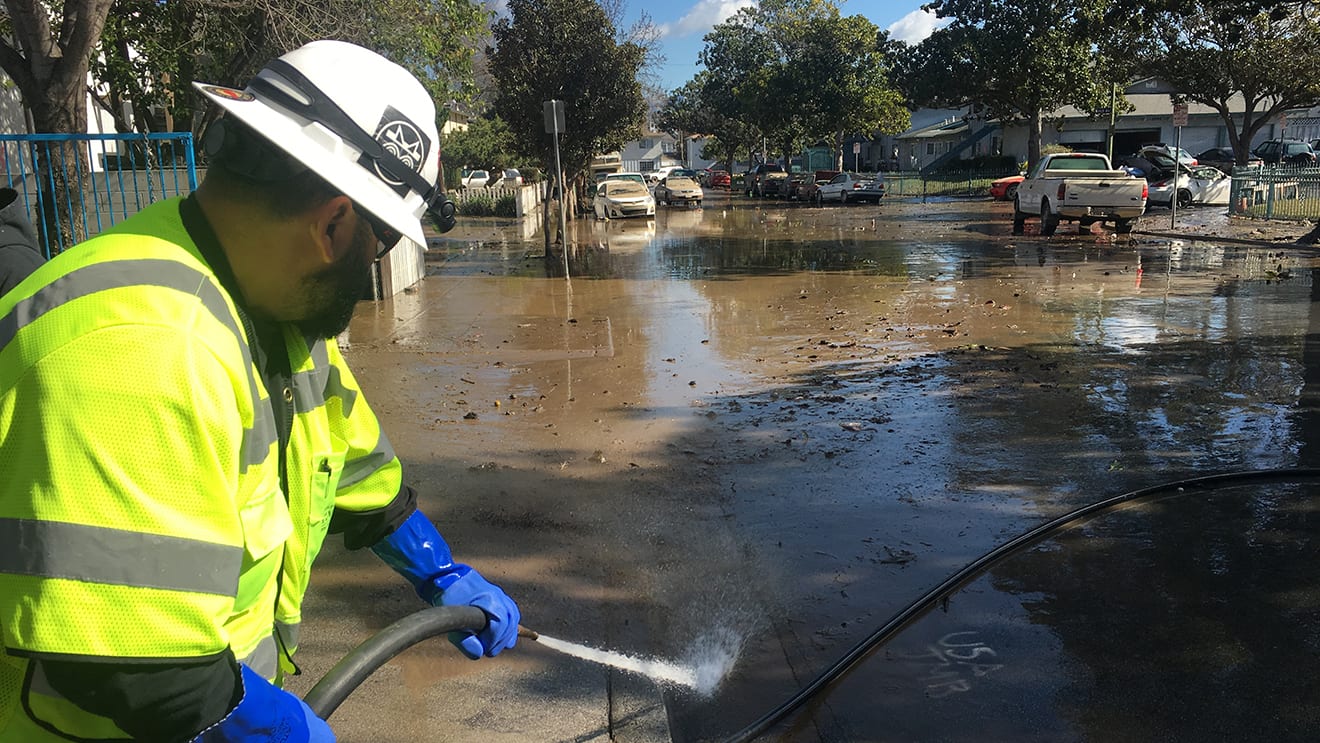 “The city took great efforts to deal with the flood victims as best they could,” Doyle said, adding they were “very aggressive” about working with nonprofits to help get victims back on their feet.”

Attorney Amanda Hawes, who represents the mostly working-class families in the suit, said in an interview that officials are guilty of brushing off their duty to the public.

Government means you have to do something, she added, not ‘it’s an emergency so we don’t have to do anything.’”

Doyle said the city and water district have collaborated on public outreach since the flooding, including hosting winter preparedness workshops and meetings in affected neighborhoods, and improving communication systems.

Long-time Rock Springs resident Hien Nguyen, who is in her 70s, said it’s been too little, too late for herself and her neighbors.

Nguyen lost everything except the clothes on her back and another set that she managed to save while escaping more than four feet of water in her apartment. Most of the assistance that Nguyen said she received right after the disaster came from private groups like Sacred Heart Community Service and Catholic Charities, giving her food and shelter in hotels for five months until she and her disabled roommate could move back into their remodeled home.