Erickson served as the city auditor for more than a decade, probing into controversial topics such as the city’s billing systems, lack of oversight in environmental services, rent control, taxi regulations and towing services. Her office conducts detailed audits of city departments and services, looking at costs and quality of services. The goal is to independently assess city operations and services to strengthen public accountability.

Erickson’s last day will be March 29. 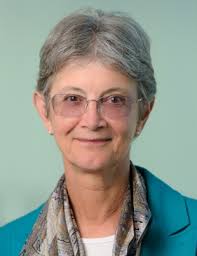 “It has been my great pleasure to work with a group of extraordinary public servants who are passionate about their local government and focused on improving services for residents,” Erickson said in a statement Friday. “Thank you for the opportunity to assist with those efforts.”

Erickson started her career in San Jose in 1989 as a program performance auditor, according to her retirement announcement.  She stayed in that position for 12 years before taking on a job as Palo Alto’s city auditor, and then coming back to San Jose in 2008.

“I thank Sharon for her decades of service to the residents of San Jose. In that time, she has been a trusted, steady voice for government accountability and effectiveness,” Mayor Sam Liccardo said in a statement. “We are all sad to see Sharon go, but are enormously grateful for her leadership and service.”

Erickson, who graduated from Stanford with a degree in political science, is a Certified Internal Auditor and a Certified Government Financial Manager. In 2008, she won the 2008 David M. Walker Excellence in Government Performance and Accountability Award.

Liccardo and the City Council will conduct a nationwide search for Erickson’s replacement.