Santa Clara
by Sonia Waraich
The Santa Clara City Council is pictured in this file photo.

Santa Clara leaders Tuesday night praised the City Council for voting to ditch Columbus Day and instead celebrate a day that highlights indigenous people and cultures.

“We’re particularly happy and proud that our task force was able to make this recommendation while also acknowledging another thing that we saw in our surveys,” said Neil Datar, chair of the city’s Task Force on Diversity, Equity and Inclusion, “which is the role Columbus Day plays in terms of Italian American heritage.”

Councilmember Raj Chahal suggested the idea and said he was happy to see it move forward because it’s time to correct the historical record when new evidence comes to light.

“We all make mistakes, but correcting those mistakes is what matters,” Chahal told San José Spotlight.

What’s next for the controversial Thomas Fallon statue 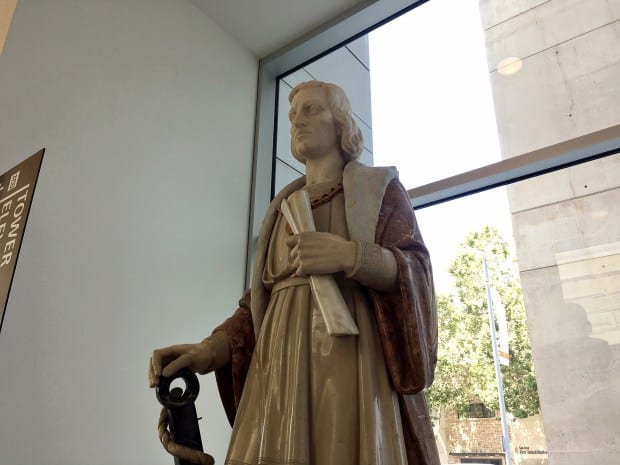 San Jose booted the Christopher Columbus statue, but not the holiday

Locally, San Jose decided to stop celebrating the day in 2020. Three years earlier, the city booted a statue of Columbus from inside San Jose City Hall after receiving a petition for its removal from the San Jose Brown Berets. San Jose’s Italian American Heritage Foundation opposed the idea.

People who supported maintaining the status quo said the holiday was intended to celebrate Italian heritage and not observing it would be the equivalent of rewriting history.

Datar said the task force wants to reinforce its commitment to find new ways to celebrate all the cultures within the city.

“There are very few political decisions that you can make where everyone’s happy,” Park told San José Spotlight. “In fact, that’s impossible.”

Editor’s Note: A previous version of this story inaccurately reported a vote to eliminate Columbus Day would happen Tuesday. The vote occurred in December, and the council recapped the issue on Tuesday.