Rental rates are going up and affordable homes are scarce in Silicon Valley, a regional think tank says.

Four out of 10 multi-family renter households spend more than 30% of their income on rent, according to a recent report from the Joint Venture Silicon Valley’s Institute for Regional Studies. This is considered a moderate to severe financial burden to renters, per the U.S. Department of Housing and Urban Development.

Based on building permits issued in Silicon Valley in 2021, the estimated number of new homes is expected to be more than double that of 2020. There are 15 large multi-family developments under construction in the region, with 10 in San Jose, Sunnyvale, Mountain View and Santa Clara, totaling 5,932 units. For the developments with available pricing, the average starting price for a studio or 1-bedroom apartment is $2,660. Of the nearly 6,000 planned units, only 189 are considered affordable to low-income households. 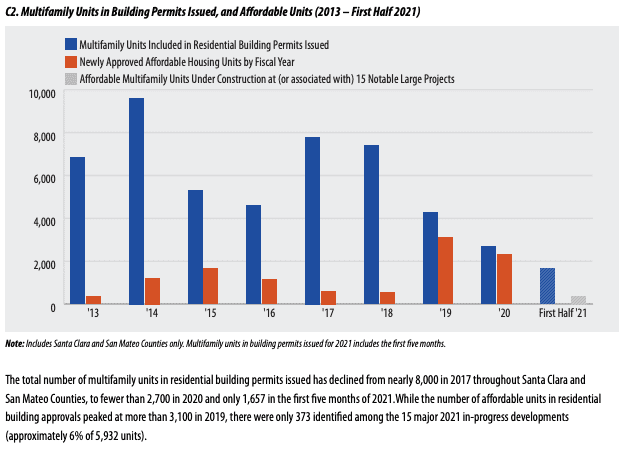 Rachel Massaro, vice president and director of research for the Silicon Valley Institute for Regional Studies, says it’s striking to see how few homes are being made affordable in new developments.

“Obviously we all know there’s a housing crisis in Silicon Valley and that we don’t have enough housing for all the workers, and we have all sorts of traffic and congestion problems,” Massaro told San José Spotlight. “To see that such a small percentage of the under construction units are affordable was surprising—it was eye-opening.”

San Jose: The second most expensive place to rent in the country

There’s also a significant drop in the number of multi-family residential units completed in 2021. So far, only 726 units have been completed this year, compared to the yearly average of more than 7,400.

Massaro added that there is a significant price difference between older and newer developments.

“You’ll see there’s a real small chance of lower income residents affording any of these new developments,” Massaro said. “It’s not a new story, but it highlights the problems that we’re facing here with respect to affordable housing.”

Increasing the stock of affordable housing remains one of the most pressing issues in Santa Clara County, and especially San Jose. A report from the National Low Income Housing Coalition shows San Jose residents pay the second-highest rental rate in the country, with a two-bedroom home going for $3,051 a month.

Two new state laws will dramatically expand zoning for multi-family housing development across the state, and there’s a similar proposal for a local ordinance in San Jose, but there’s no guarantee these changes will lead to more affordable units. In the meantime, the housing crunch is exacerbating the region’s homelessness crisis, and civic leaders are seeking all manner of solutions, including building prefabricated homes on public land. 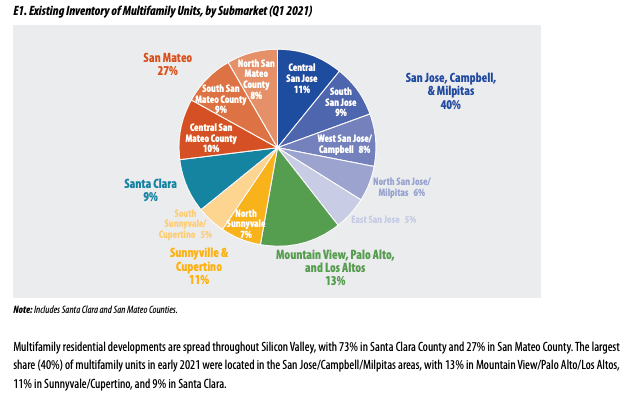 “It’s a complete disgrace,” said Sandy Perry, president of the Affordable Housing Network. “Our political leaders have been completely unable and unwilling to change it—they don’t even propose different solutions.”

Perry told San José Spotlight that commercial development in going ahead full steam in San Jose with no regard for where people will live, citing the example of the City Council’s recent approval of the massive Almaden Office Project.

“San Jose cannot continue going in this direction and expect the housing crisis to be resolved,” Perry said.