The viral posts documenting attacks or harassment targeting Asian Americans amid the novel coronavirus pandemic are not isolated incidents, nor is the South Bay excluded from it, academic researchers and law enforcement say.

While these incidents have been shown in everyday interactions ranging from grocery stores and tenant disputes, researchers say the racism has been prompted by the nation’s highest office, as President Donald Trump and his administration have used language like the “Chinese Virus” and “Wuhan Virus” to describe COVID-19, the disease caused by the virus. These terms have also been deemed inappropriate by the World Health Organization and the U.S. Centers for Disease Control and Prevention.

“Words matter,” said Hien Do, a San Jose State professor of sociology and the coordinator of the Asian American Studies Program, citing Trump’s language regarding the virus. “We need to have the courage to stand up and fight for one another and call out any racist act, especially for communities of color.”

A database allowing people to report incidents of discrimination against people who are Asian and Pacific Islander saw more than 370 cases in its first four days, according to its researcher, Russell Jeung, a San Francisco State University professor of Asian-American studies. The report form — created by the Chinese for Affirmative Action and the Asian Pacific Policy Planning Council — has shown incidents of racial slurs, but also more egregious acts of spitting and coughing at people across the country.

“Because it’s a disease that could be spread, people feel like they can cough and spit on us,” Jeung said. “They’re going to be the super-spreaders of the virus, not Asians … it’s sort of ironic.”

Jeung’s research, featured in the New York Times, found these incidents are not just happening to Chinese Americans, who submitted half of the responses, but across all Asian groups that responded. Women were three times more likely to be attacked than men, Jeung said. 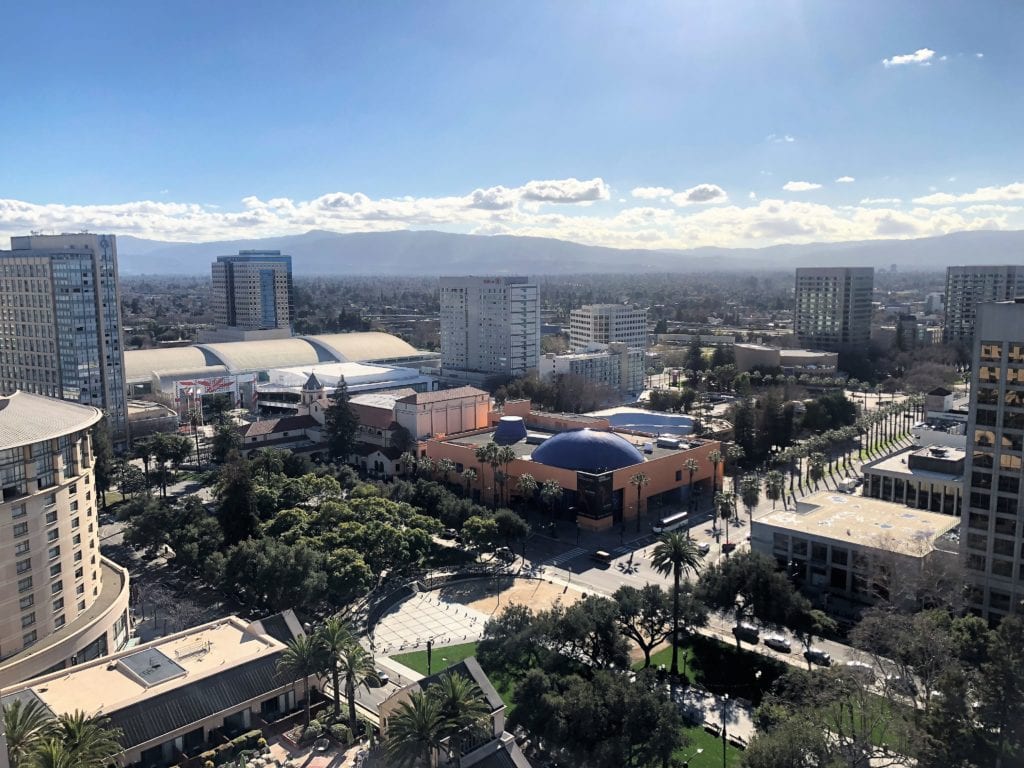 The actions, both researchers say, follow a long history of discrimination against Asian people in the U.S. In addition to policies directed specifically at Asian groups like the Chinese Exclusion Act, people of Asian descent have been subjected to racially motivated hysteria around disease transmission, including the quarantine of San Francisco’s Chinatown in the early 1900s.

The Santa Clara County District Attorney’s Office is taking note of a rise in incidents targeting people of Asian descent that have been covered by news outlets and disseminated on social media, though prosecutors say they must differentiate between hate crimes and hate incidents. The DA’s office filed its first charge for a misdemeanor hate crime related to coronavirus on April 2, according to spokesman Sean Webby, for a crime which involved a defendant who threatened a Vietnamese couple in San Jose.

Chief Assistant District Attorney Jay Boyarsky said criminal evidence is needed to prosecute hate crimes. Often, crimes include vandalism or assault, but hate crimes must also show evidence that the crime happened because of a person’s ethnicity, nationality, gender or religion, among other legally protected categories.

“When there’s a hate crime, it’s not just that one individual that’s victimized, it’s the entire community — the people that fit that same demographic,” he said. “A hate crime can have many victims.”

Hate incidents, on the other hand, may not see a courtroom, but officials say they are taking steps to create solidarity to oppose the hateful message and implement education into the community. Boyarsky encouraged people to report hate incidents to local law enforcement to help raise awareness of the issue, even if it may not rise to a criminal act.

The DA’s office recently released a public service announcement with information about hate crimes, with prosecutors of diverse backgrounds condemning terms like the “Chinese” or “Italian” virus to describe COVID-19. “Viruses do not have ethnicities, religion, sexuality or gender,” Cheri Hawkins, a deputy district attorney, said in the video.

The first Santa Clara County resident to test positive for COVID-19 issued a statement condemning xenophobia amid the pandemic.

“Please stop stigmatizing people,” the man said, who asked to remain anonymous for medical privacy reasons and to protect his identity. “This is not the time to be hurting each other. It is the time to be kind to each other so we can get through this together.”

One incident to recently receive a high amount of publicity in the Bay Area came from Tracy Lee, who posted on Facebook about racist remarks that were made by a Cupertino grocery store clerk who told her she brought the coronavirus to the region. More than three in five residents of the South Bay city identify as Asian, according to census data.

An argument ensued, eventually resulting in Lee posting the incident and garnering thousands of comments in support and shares over social media. ABC 7 reporter Dion Lim documented the incident as she sought to speak out about increasing discrimination against Asian Americans. Lee did not respond to a request for comment.

“This is very painful,” Lee wrote in her post. “This kind of behavior is hurtful and jarring. I’m saddened that members of our community would turn on each other rather than support each other in these times of crisis.”

The store, Oakmont Produce Market, apologized on Facebook on March 22, saying a worker had been fired. “We will work to make this right as we appreciate all of our customers and are aware that the local community is what keeps us going every day,” the post read.

The Law Foundation of Silicon Valley handled a recent case of a local Asian man who allegedly was told by his landlord to immediately move out because the landlord did not want him to spread the virus, according to Nuemi Guzman, a community worker for the foundation’s housing program.

“I feel like there’s probably more folks going through this, but they’re probably afraid,” Guzman said.

Researchers and officials agree. “We also see that for every incident, there are many that do not, and it’s unacceptable in Santa Clara County,” Boyarsky said.

Derek Cheng, a 48-year-old software marketing director, said the rise in incidents gives him pause about going to the grocery store amid the county’s shelter in place order. His friends have talked about their fears going out, and one is considering getting a gun, Cheng said.

Cheng’s mother, who lives in Hong Kong and gets news from the Chinese government, is worried about him going out because of reports of violence against Asian people, he said.

“This is something that’s affecting the entire world population,” Cheng said. “In some ways, the Earth is trying to kill us — not Chinese people. So if you’re going to be mad, be mad at nature because if it wasn’t for this pandemic, it would be some other pandemic. We’re all hurting right now.”

He compared the rise in incidents to the aftermath of 9/11, when people thought to be Muslim were subjected to racially motivated attacks.

Trump recently told Fox News that he will stop using the term “Chinese virus” to not “make any more of a big deal out of it.” However, Jeung says the president’s language has worked to deflect from his administration’s response. Jeung’s wife is a physician who doesn’t have enough medical equipment to protect herself or patients, he said.

“Now he’s trying to shift the blame to Chinese people and he’s putting my family at even greater risk — risk to racism,” Jeung said. “I think it’s irresponsible and unconscionable that he’s doing this kind of politics. That’s the big picture, it comes from the top.”