It was a police officer.

Police officers are among the highest paid government officials in San Jose, earning almost $400,000 a year with at least 60 percent of their salary attributed to overtime, according to a public database showing city officials’ salaries for 2018.

That means some cops in San Jose earn nearly as much as President Donald Trump. Thirteen police officers or sergeants earned more than $300,000 in 2018, including Liccardo’s security detail, Ted Trujillo.

The data reflects a trend in ballooning overtime pay for public safety departments such as the police and fire departments — attributed to rising pension costs and insufficient staffing, according to a public pay and pension database. According to public records, San Jose spent more than $71 million on overtime wages in 2017. 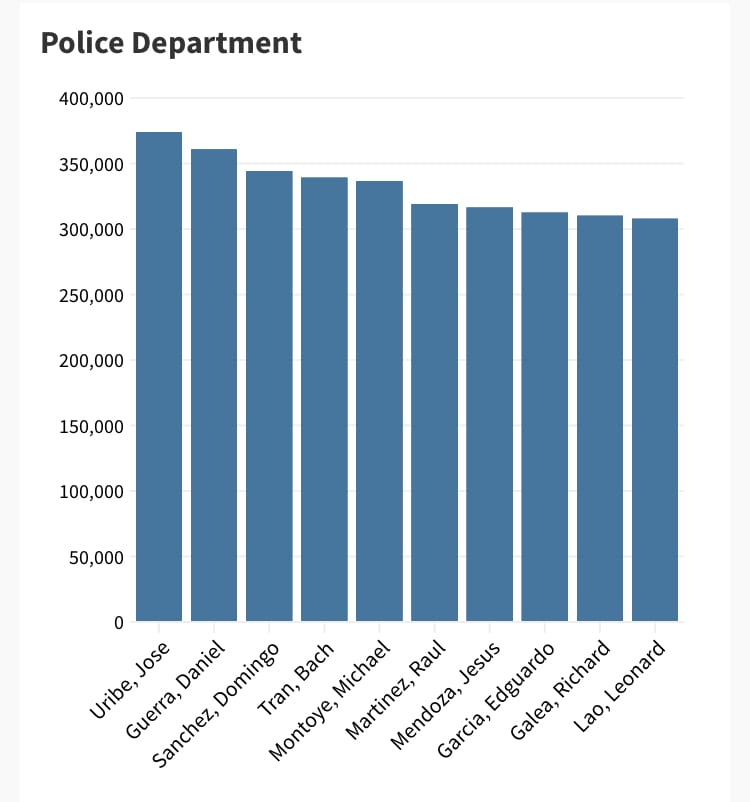 The top five officials with the highest pay included three police officers, one police sergeant and a fire battalion chief.

The highest paid individual in 2018 was police officer Jose Uribe, whose base salary is similar to City Councilmember officials at around $125,000, although he received nearly twice his base pay in overtime wages — a whopping $227,697 in overtime wages.

His overall pay — $373,653 — rose above that of his boss, Chief Eddie Garcia, who came in 12th on the list, earning $312,028, as well as the salaries of Liccardo and any other individual working at City Hall. And not much has changed: San Jose in 2017 topped a New York Times report for having five police officers earning more than $400,000.

Pensions for fire and police personnel in California allow some to retire in their 50s, where most private companies don’t offer pensions at all.

“We already have a crisis,” Joe Nation, a professor of public policy at Stanford University, told the newspaper. “How does it end? It will be a political fix. Or, you’ll have lots of cities that just say, ‘Uncle. We can’t do this.’”

A spokesperson for the San Jose Police Department could not be reached for comment Friday.

Overtime wages, however, are not pensionable.

“In fact, having an employee provide work on overtime avoids the pension cost of having to hire another employee who would do it as part of their base pay, which is pensionable,” added Kaldor. The city controls overtime pay, and according to Kaldor, can hire more employees to reduce overtime.

While crime is important to address, Khamis said, it’s also important to staff appropriately to prevent such high overtime wages. 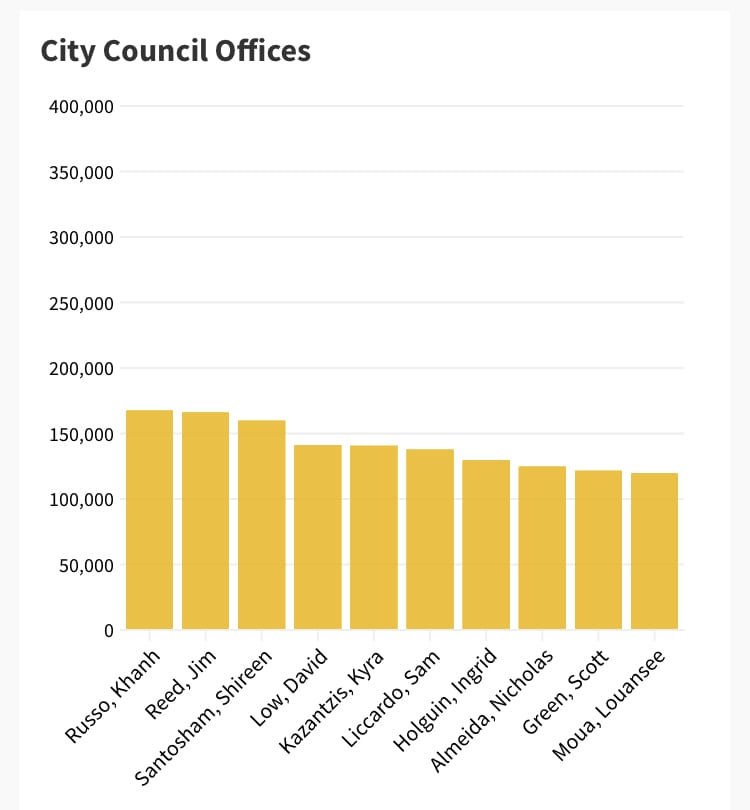 “It’s unfortunate, but the fact that we have so much overtime means that we’re having problems recruiting police officers,” added Khamis.

Nine of the top 10 earners within the City Council offices are from Liccardo’s office, including the top earner, Khanh Russo, director of strategic partnerships, who earned $167,062, and Liccardo’s Chief of Staff Jim Reed, who earned $165,553 last year.

March for Our Lives draws hundreds to downtown San Jose