CoronavirusHousing
by Katie Lauer
Silicon Valley is one of the most competitive rental markets in California. File photo.

Even in the pricey Silicon Valley market, rents are expected to drop as tenants across the country settle into stay-at-home mandates that have upended their finances amid the coronavirus crisis.

Market-rate Bay Area rents saw the slowest start of the season since 2017, rising 2.3 percent compared to last year, landing at an average monthly rent bill of around $3,000 in the South Bay, according to online apartment listing service RentCafé.

In fact, the newly released report notes that 75 percent of the nation’s renter “mega-hubs” saw slower yearly rent increases in March than in February. Additionally, Google traffic to rentcafe.com, where renters can hunt for apartments and landlords can post listings, dropped 25 percent compared to the week of March 11 to March 17, the day Santa Clara County issued the nation’s first shelter-in-place order. 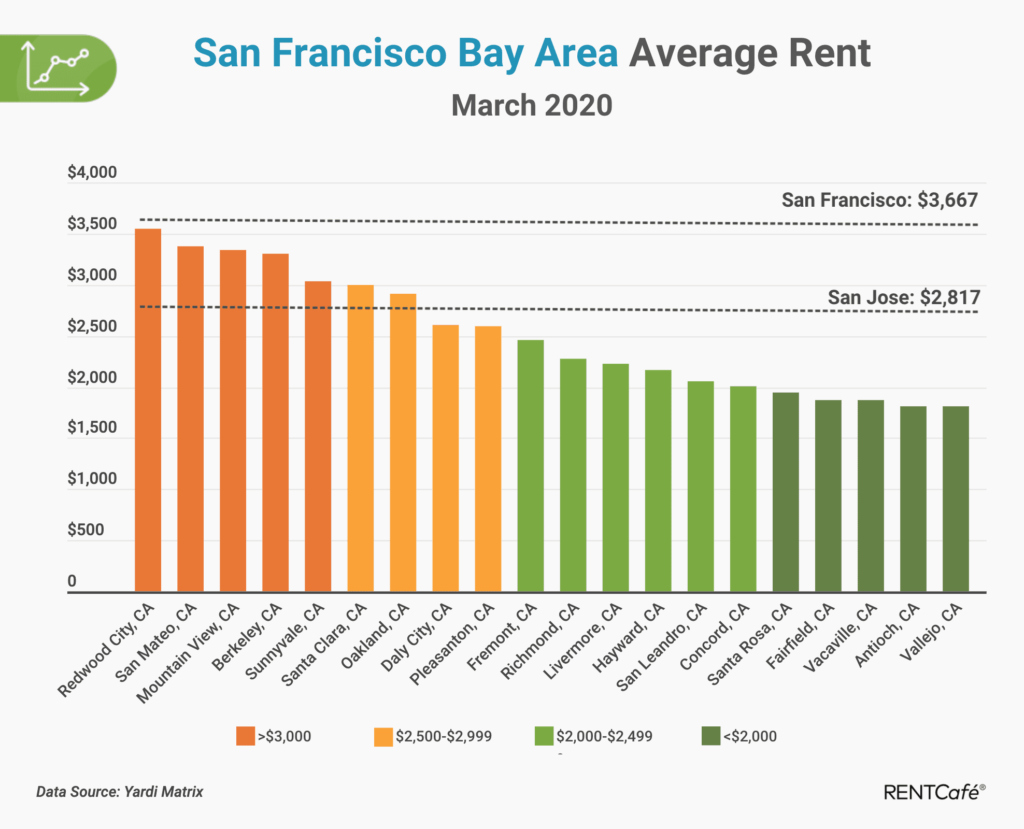 The data was pulled from surveys of market-rate, multi-family properties with 50 or more units. “Fully affordable” properties are not reported in rental rate averages.

Monthly data for the Bay Area rental market hasn’t been visibly impacted by the coronavirus crisis, but Doug Ressler, manager of business intelligence at Yardi Matrix — RentCafé’s sister company that compiles this data — said that will soon change.

“Given the volatility of current economic conditions, we expect our projections will change materially over the coming weeks and months,” he said. “We expect the impact of coronavirus to last three to six months before a steady recovery boosts the economy once again.”

Numbers for the month of April will most likely start to gauge the full effect of the pandemic, Ressler said. 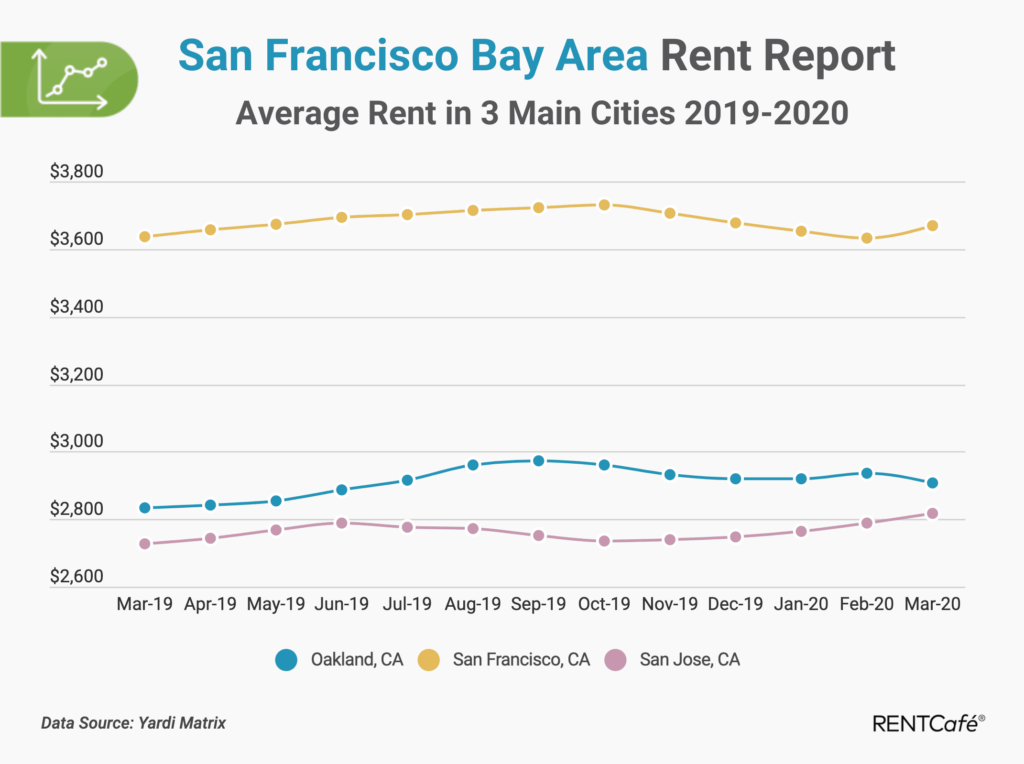 Projections for 2020 show many renters opting to stay in place, with landlords pushing for renewals. And as the stability of the housing market and economy as a whole remains uncertain, the Yardi Matrix report said changes in monthly rents play a large part in the equation.

Of the 44 cities listed in the Bay Area report, about 44 percent of residents rent their homes. In San Jose, 43 percent of residents in the nation’s 10th-largest city are paying nearly double the national average. Because of this, some San Jose city lawmakers are pushing for some of the most comprehensive renter protections in the country — going beyond moratoriums on evictions.

A proposal to waive residents’ rent entirely was heard by the City Council last week, as job loss, hourly cuts and sick leave due to COVID-19 have some worried about simply delayed evictions. Ultimately, that proposal was shelved, but councilmembers this week will mull freezing rents in place and adding new renter protections during the coronavirus outbreak.

“A rent pause will protect the families that are facing the difficulty of making their next rent payment and protect them from the real prospect of eviction,” Councilmember Raul Peralez said last week. “If they can’t pay their rent due to the coronavirus — whether they’re sick and cannot work or because they’ve lost their job or had their hours cut back by their employer — it is our job to look further down the line and not only protect our community’s health but their housing and economic security as well.”