A Gallup poll found in 2015 that San Jose had one of the lowest LGBTQ+ populations of any large metropolitan area. Six years later, it’s tough to know if that’s changed—such basic information on the local LGBTQ+ population is missing because the U.S. census didn’t ask for it.

In a major first, the 2020 census allowed U.S. residents to indicate same-sex relationships in their households. But there was no way for respondents to specify sexual orientation, and the gender options remained limited to “male” and “female,” meaning the census could not collect critical data on single and transgender/nonbinary members of the LGBTQ+ community.

The nation’s decennial survey is a critical tool the government uses to determine federal funding allocations, election districts, needs for social services and infrastructure and even document family histories. Local social service organizations such as the Billy DeFrank Center rely on census data to develop programs and services that adequately address community needs.

The National LGBTQ+ Task Force’s Queer the Census movement encourages LGBTQ+ residents to fill out the survey, despite its erasure of gender identity and sexuality. The organization asserts that filling out the census will ensure the community has “access to federal funds for programs like SNAP, Medicaid, and public housing, representation in state, local and federal government and enforcement of their civil rights.” The task force website states that 22.7% of American LGBTQ+ families are part of the SNAP program, and 20.9% use Medicaid. But there are still many gaps left by the lack of data.

“If the census were to collect SOGIE (sexual orientation gender identity and expression) data, it would enable many possibilities for both national and local assessments that would aid in better understanding the experiences of LGBTQ+ communities,” Daniel Moretti, program manager at the Santa Clara County Office of LGBTQ Affairs, told San José Spotlight. “As a data-driven office, national research and reports from institutions such as the Williams Institute are instrumental in helping guide our priorities and programs to be as responsive to the community as possible.” 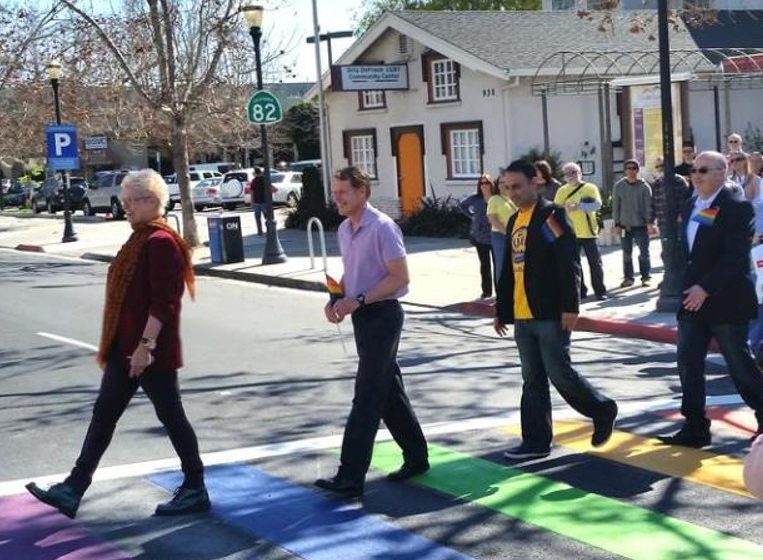 40 years of fighting for LGBTQ rights in San Jose

The Williams Institute is a think tank housed within UCLA’s School of Law that conducts research on sexual orientation and gender identity law and public policy.

The county office of LGBTQ affairs works with various organizations to provide inclusive health care, shelter, education and public spaces. In addition, the office advocates for policies related to restroom access and anti-discrimination in the workplace. Data informs this programming and policy work.

Ken Yeager, Santa Clara County’s first openly gay elected official who served on the Board of Supervisors and San Jose City Council, says it’s not enough that the U.S. Census Bureau include questions for the LGBTQ+ community. Queer Americans also need to feel comfortable with disclosing information about their identities.

“Overall there’s a lack of data regarding LGBTQ people. People are hesitant to answer (questions about sexual orientation and gender identity) when they don’t know who has access to that information,” Yeager told San José Spotlight.

Yeager pushed for more LGBTQ+ research in San Jose and found that health care is another area where a portion of the queer population remains effectively invisible.

“In 2013 I had asked for a health study of the LGBTQ community with focus groups to get a better idea of the overall health of the community,” he said. “One thing we found was that people were hesitant to tell their primary physicians that they were LGBTQ.”

While national data from the census offers an incomplete picture of the LGBTQ community, city and county research like that 2013 health study provides better representation. San Jose’s 2019 Homeless Census and Survey asked about sexual orientation and gender identity, and 12% of the homeless population surveyed identified as LGBTQ+.

Santa Clara County’s Status of LGBTQ+ Health assessment identified a need for culturally competent health care services in the area. The survey found that almost 50% of transgender individuals surveyed reported considering suicide or self-harm, over 10% of respondents faced discrimination in health care settings and nearly half of those surveyed expressed a need for help with mental health or substance abuse concerns.

The Household Pulse Survey taken during the COVID-19 pandemic was the first federal survey to allow respondents to indicate their sexual orientation and gender identity. That national research found that LGBTQ+ adults are more likely to experience food and financial insecurity.

But the U.S. Census Bureau has yet to capture the whole picture of queer America. Without comprehensive data on LGBTQ+ Americans, organizations are left to their own devices. In order to provide adequate social services for a population that is virtually invisible, San Jose groups must spearhead their own research efforts.

“We commission and lead local research where there are data gaps, for example the Santa Clara County LGBTQ+ Older Adult Survey that is currently open and an upcoming Santa Clara County Transgender Employment Study,” Moretti said.