In the Spotlight
by Carina Woudenberg

When she was young, Jolene Smith dreamt of being a teacher.

Growing up in East San Jose in the 1950s she would often play school with the neighborhood kids and take the position at the front of any makeshift classroom. Today, Smith plays a critical role in helping children succeed as the chief executive officer of First 5 Santa Clara County.

“I’m the boss,” Smith said with a laugh in a recent interview with San José Spotlight. “On the Myers-Briggs, I’m a driver… I guess that plays true to form.”

While Smith didn’t become a teacher, she works with educators every day and prioritizes the needs of children in the South Bay. “I have this soft place in my heart for kids,” she said. “It’s almost like a compelling mission for me.”

The 74-year-old has worked in a variety of public service roles over the course of her career — from a high school youth counselor to her work with Santa Clara County as a program manager for the Health and Hospital System and the Social Services Agency.

In the 1990s she worked with former Santa Clara County Supervisor Blanca Alvarado to develop the plan that would later shape the county’s First 5 program, which provides services for young children, most of them from low-income or vulnerable families.

When the Children and Families Act, or Proposition 10, passed in 1998, it provided the necessary funding for the organization stemming from an up-to-$1-tax on tobacco products. Today there is a First 5 in every county in California.

Santa Clara became one of the first counties to establish its First 5.

The organization’s title is named for the first five years of a child’s life — including the time before birth. In Santa Clara, the staff works with doctors, educators and families to promote education, healthy living and tackle barriers leading to early childhood success through a variety of programs and partnerships.

Smith is fond of the expression “it takes a village” to describe First 5’s success.

“We have incredible leadership in this community and support,” Smith said. 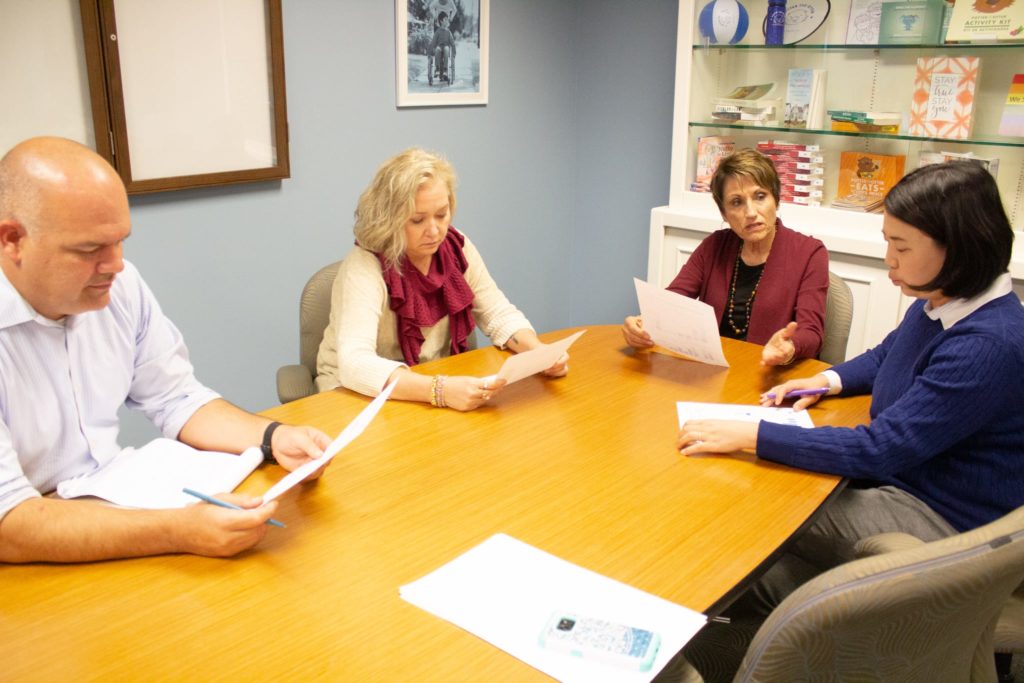 And while Smith doesn’t want to take credit for the program’s success, others say she’s made an incredible impact in the lives of countless children and families.

“Jolene is the most passionate advocate for children that Silicon Valley has almost ever had,” said Chris Wilder, chief executive officer of the Santa Clara Valley Medical Center.

Wilder says Smith was instrumental in creating a “Reach out and Read” program through the center in 2004. In this program, children receive a new book at each of their regular check ups — passing out a total of 40,000 books to the children each year.

Smith also played a crucial role in getting the center’s Medical-Legal partnership going, Wilder added. The center works with the Law Foundation of Silicon Valley to provide legal help for issues such as mold in apartments and other hazardous living conditions.

Fred Ferrer, chief executive officer of Child Advocates of Silicon Valley, first met Smith when he served on the First 5 Commission and, along with the other commissioners at the time, was responsible for hiring Smith into her current position.

Ferrer describes her as “tireless” and credits her for helping to establish the Court Appointed Special Advocate (CASA) program, which provides foster children with support through the legal system. Ferrer said Smith also helped establish programs that help incarcerated parents stay connected to their young children.

“Jolene’s the one who says this is not right. We’ve got to do something about that,” Ferrer said.

Santa Clara County Superintendent of Schools Mary Ann Dewan said Smith is a driven person who has her hands in a variety of projects.

Smith also takes an active role with Potter the Otter, the furry First 5 mascot who teaches children healthy living lessons, such as eating vegetables and drinking enough water, through a series of books. Smith works with the series’ author to help shape the books, and next year, a Potter the Otter themed production is headed to the Children’s Discovery Museum.

Smith says she has no intentions of slowing down anytime soon. And while each day is filled with important work for the county’s children, she carves out plenty of time for her own family. On a recent day packed with meetings, she still made time to take her 6-year-old granddaughter to a dance lesson.

Even when she does retire one day, Smith says she’ll continue to offer her expertise to the community. For Smith, it’s an investment that just makes sense.

“Your child is our future,” she said. “They’re 23 percent of the population of our county (but) they’re 100 percent of our future.”