Despite the decision, some voters this holiday season received a one-page mailer detailing all of the legislator’s accomplishments in Sacramento — but the “paid for” disclaimer at the bottom is what raised eyebrows. 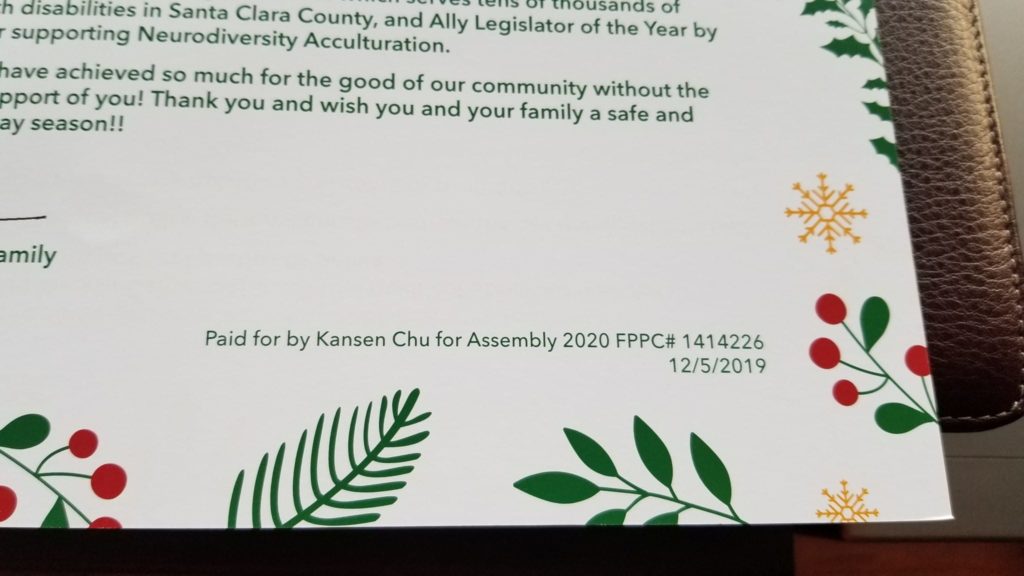 The mailer from Chu said it is a “privilege” to serve constituents in the Assembly district and detailed legislation he helped pass by working with colleagues from “both political parties.” Of the 149 bills Chu said he co-authored, 23 of them stemmed from suggestions from his constituents.

But since Chu isn’t seeking re-election to his Assembly seat next year, some voters who received the mailer were left confused. One voter said he doesn’t even live in Chu’s Assembly district — but does live in the county’s district 3, where Chu is running against three others to replace termed-out Supervisor Dave Cortese.

Chu defended the mailer by saying the campaign committee that paid for it was opened in 2018 for “non-state business” such as sending holiday greeting cards to friends. 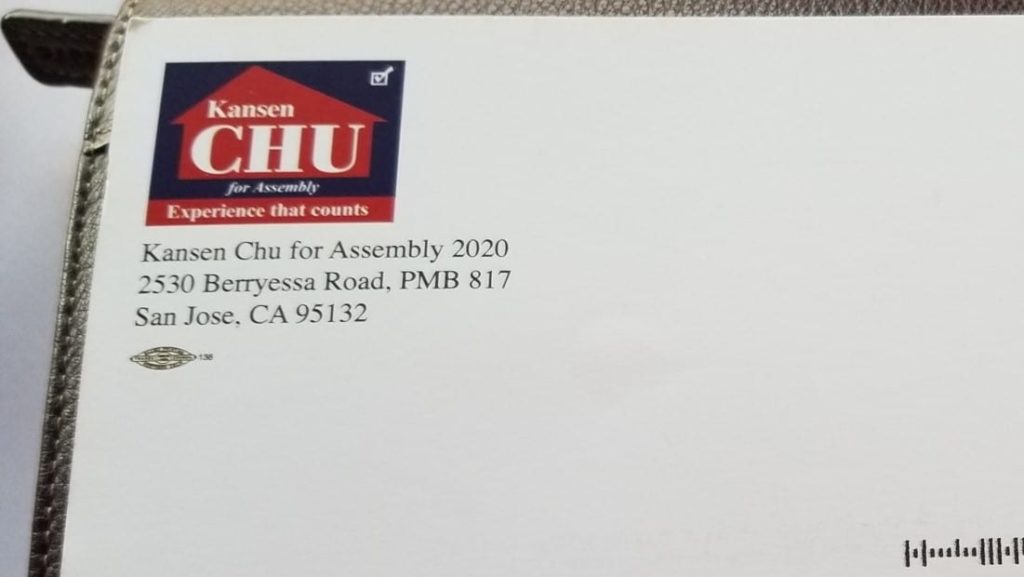 “There are rules governing the content of the mailers we have to follow,” Chu explained. “There’s no rule that we have to verify that the receivers have to live in a specific district. I received holiday cards from my colleagues from all over California.”

State officials told San José Spotlight that a campaign committee, once opened, can continue raising and spending money — including on holiday cards — as long as it doesn’t advocate for a different office.

“Generally speaking it’s permissible to use campaign funds for holiday cards as long as the correct sender ID is included and as long as it doesn’t advocate for a different office,” said Jay Wierenga, a spokesman for the Fair Political Practices Commission. “The use of campaign funds is generally designated for a political, legislative or governmental purpose.”

So it appears Chu’s mailer passes muster — even though the legislator isn’t looking to return to Sacramento in 2020.