Housing
by Janice Bitters
Abodu's 495-square-foot model "backyard home" sits in a lot in Redwood City, but soon the founders hope more will crop up around San Jose. Image courtesy of Abodu. 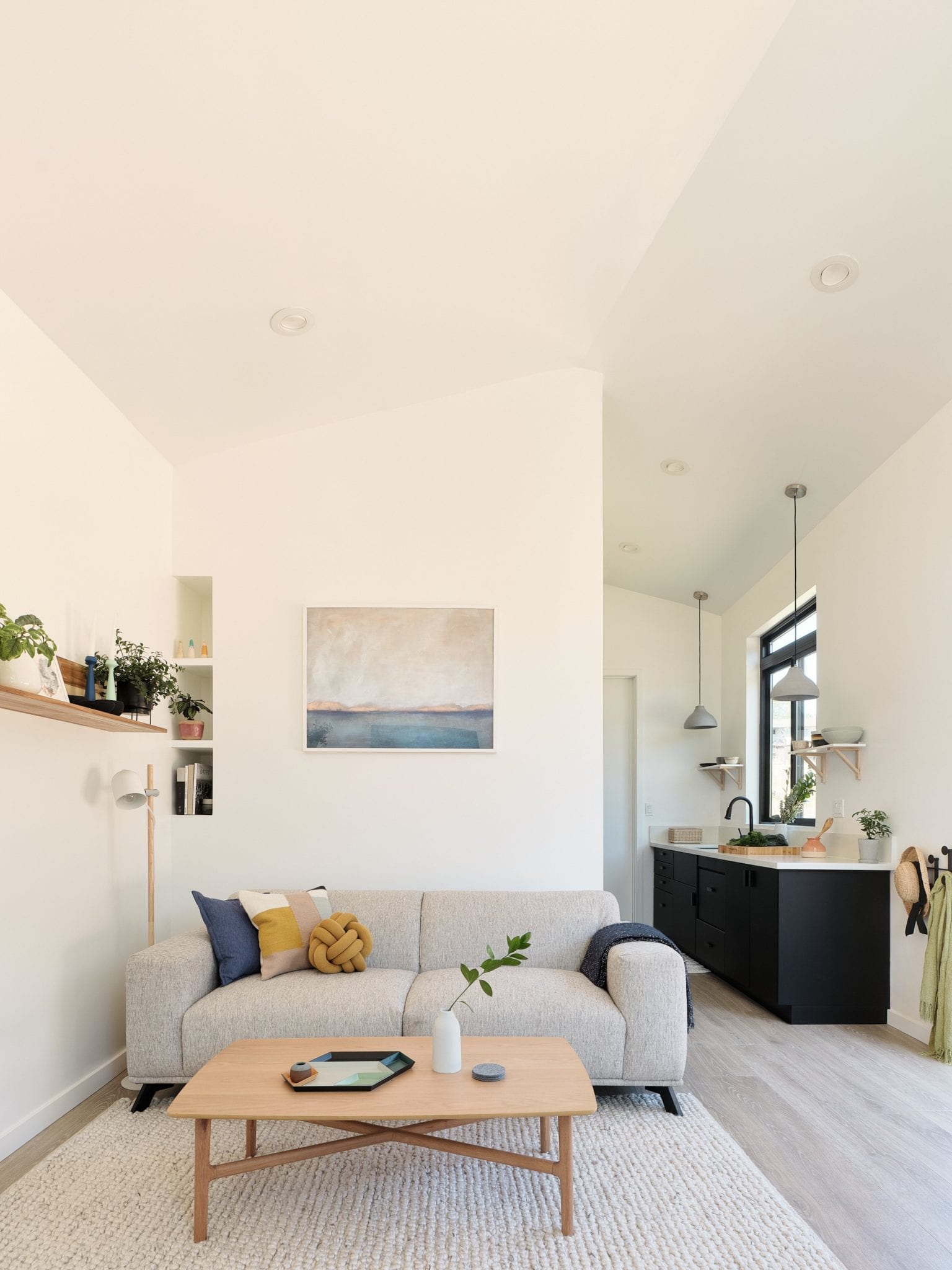 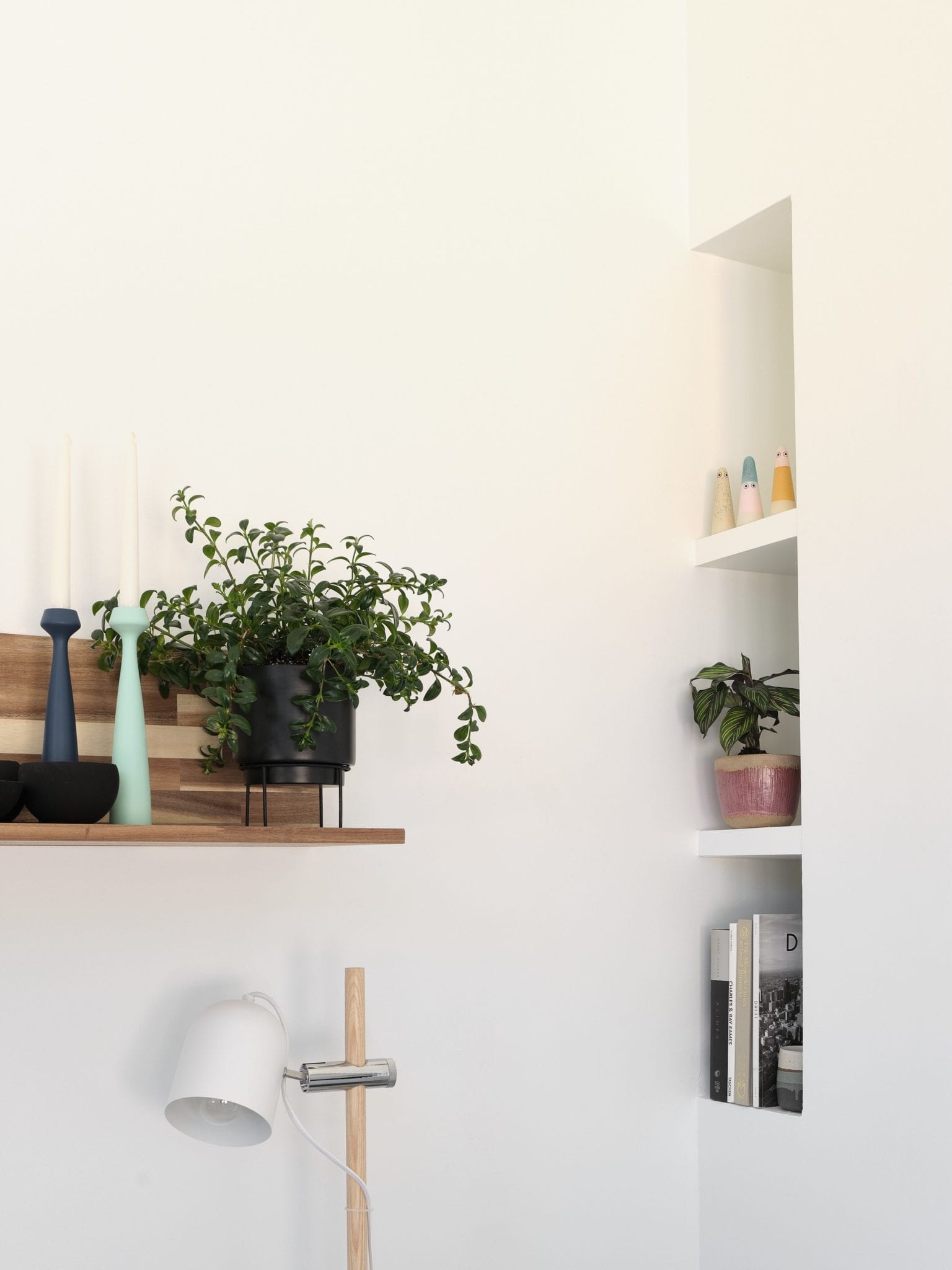 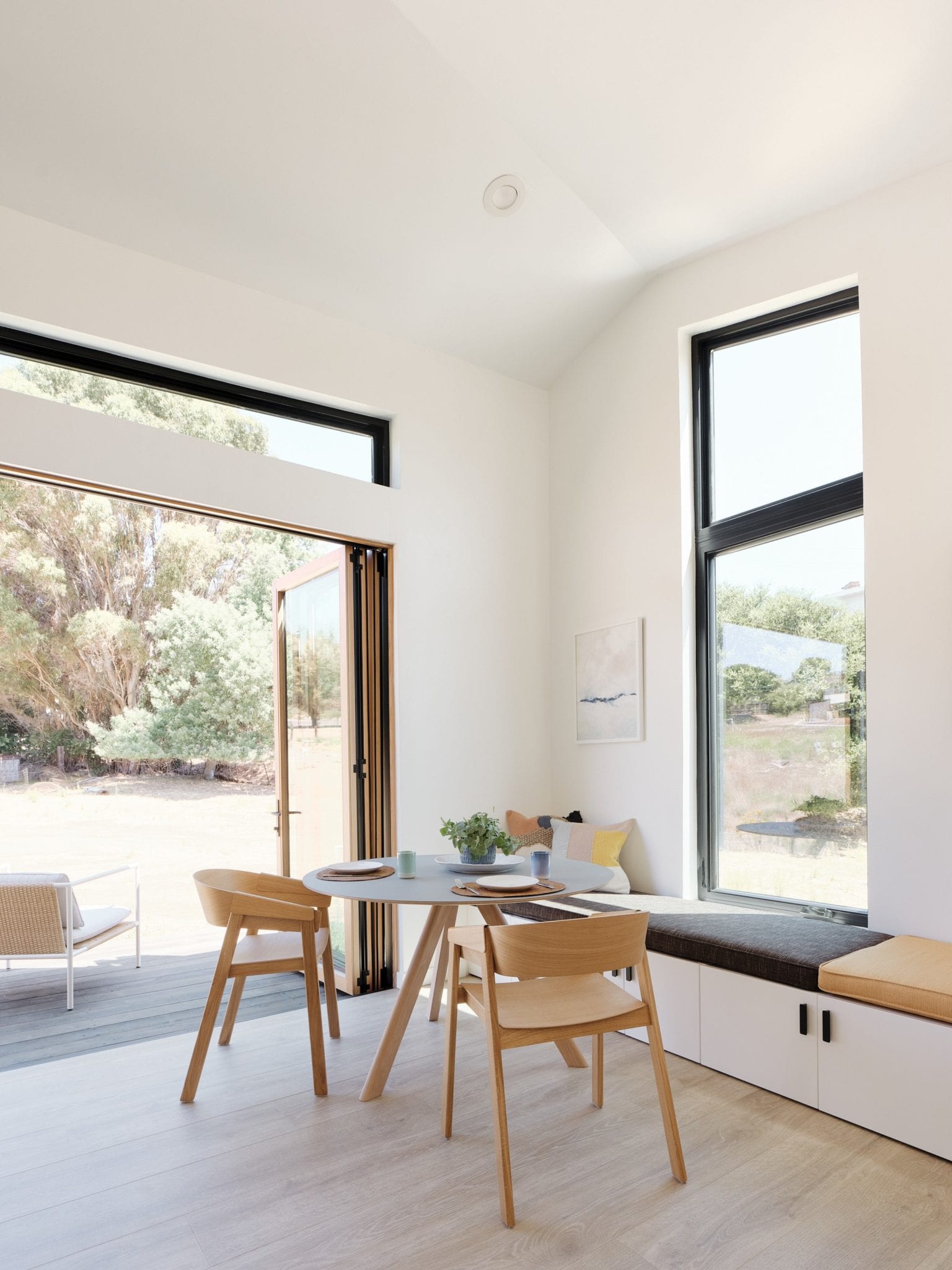 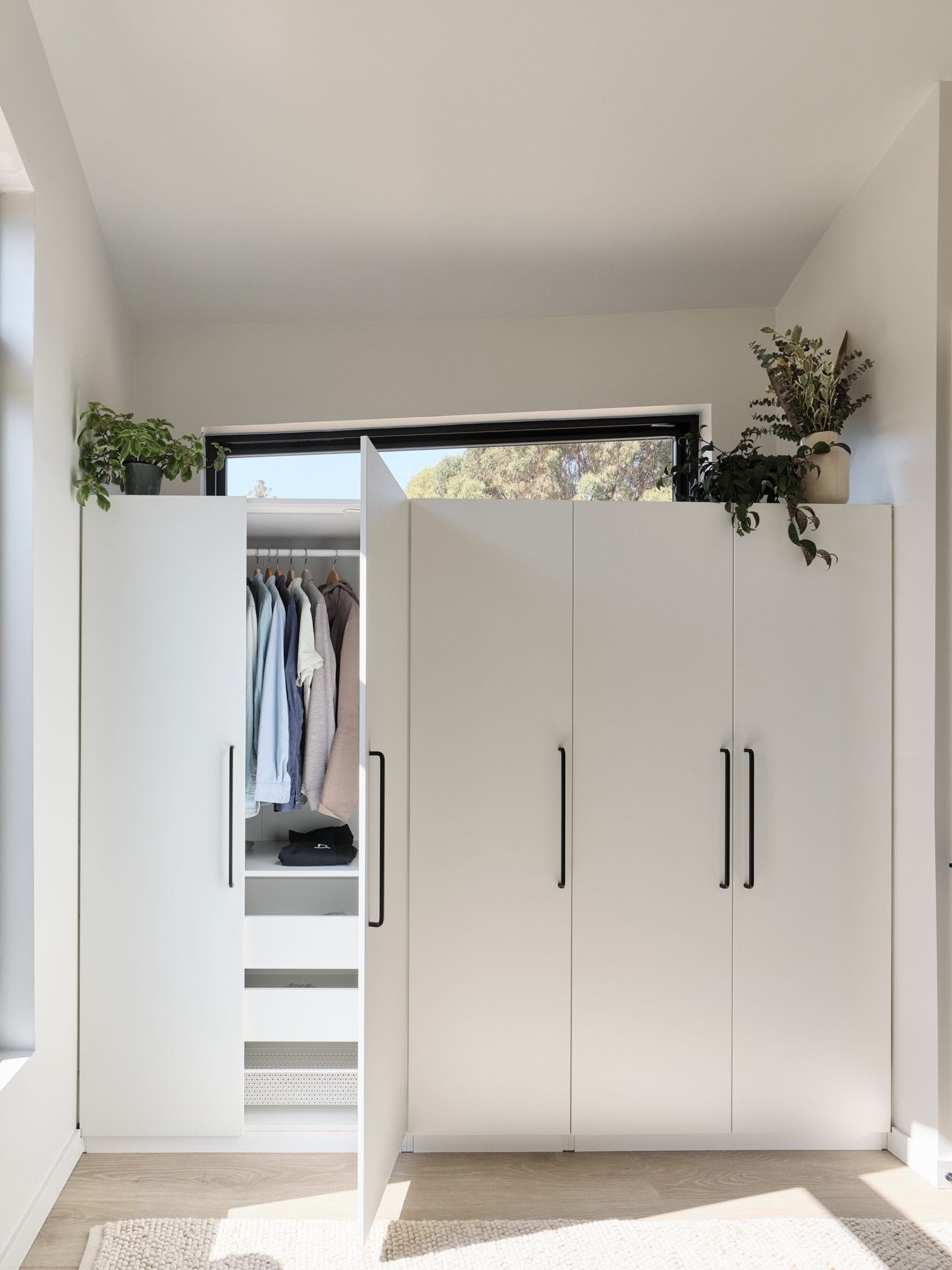 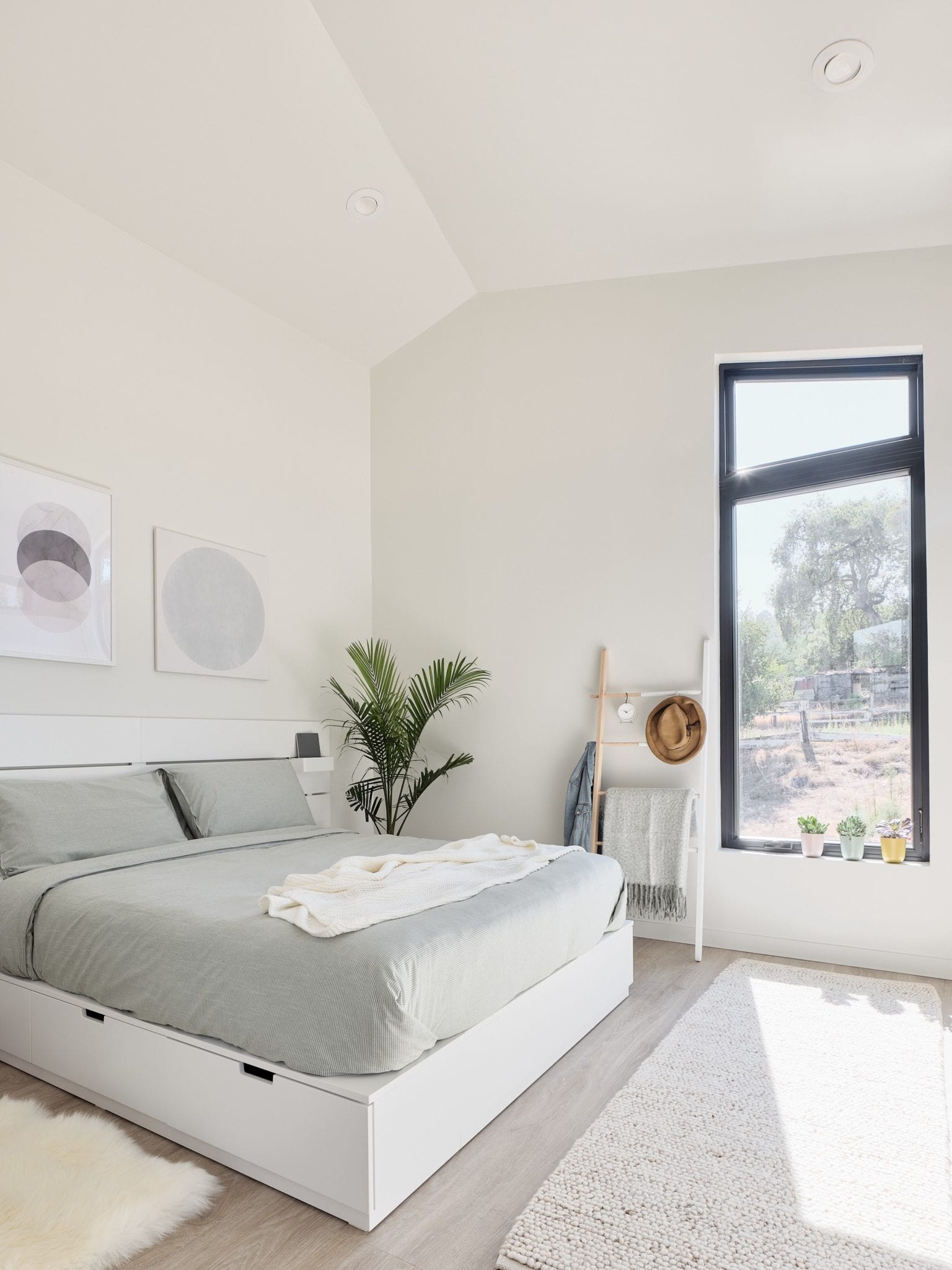 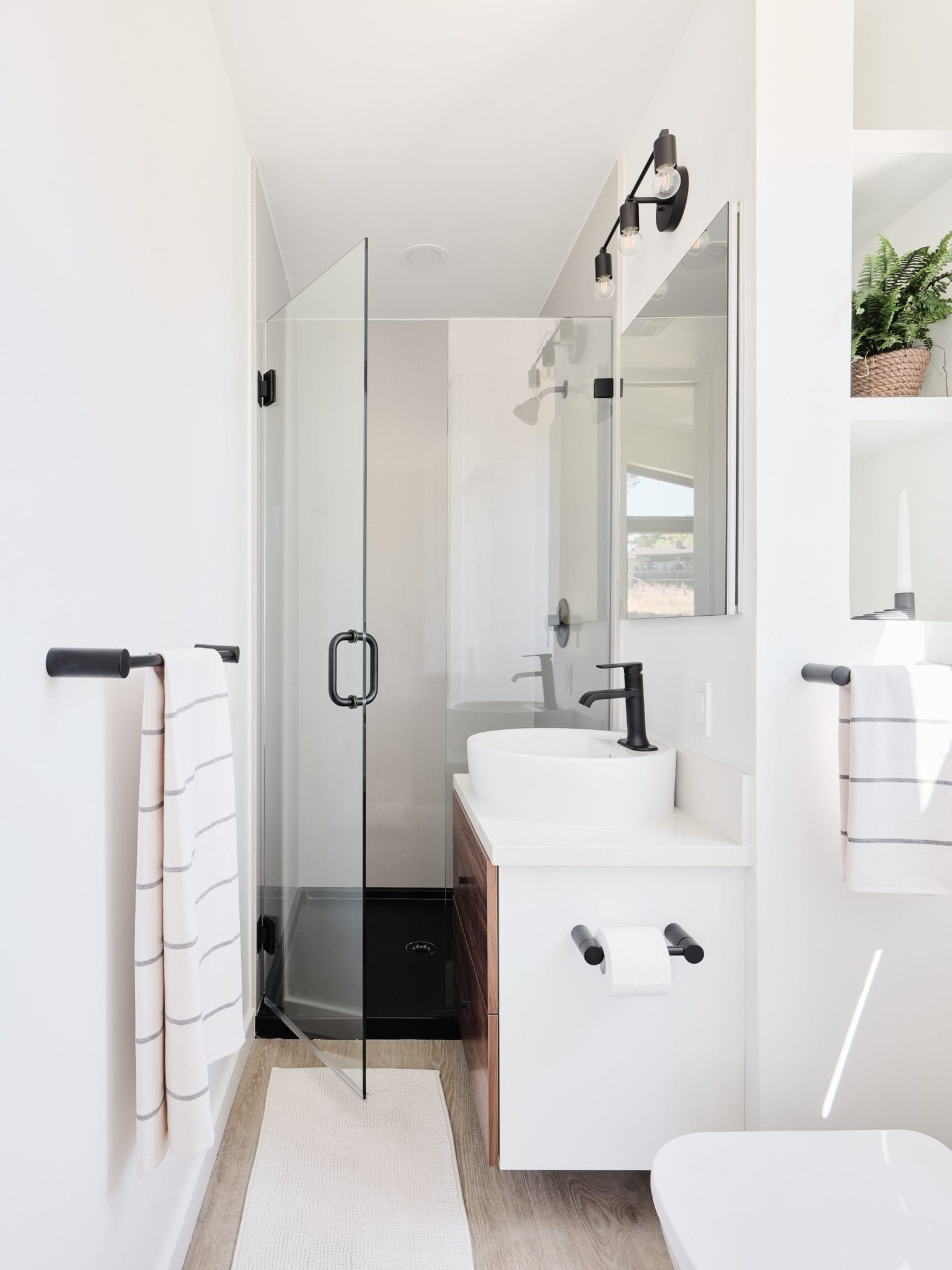 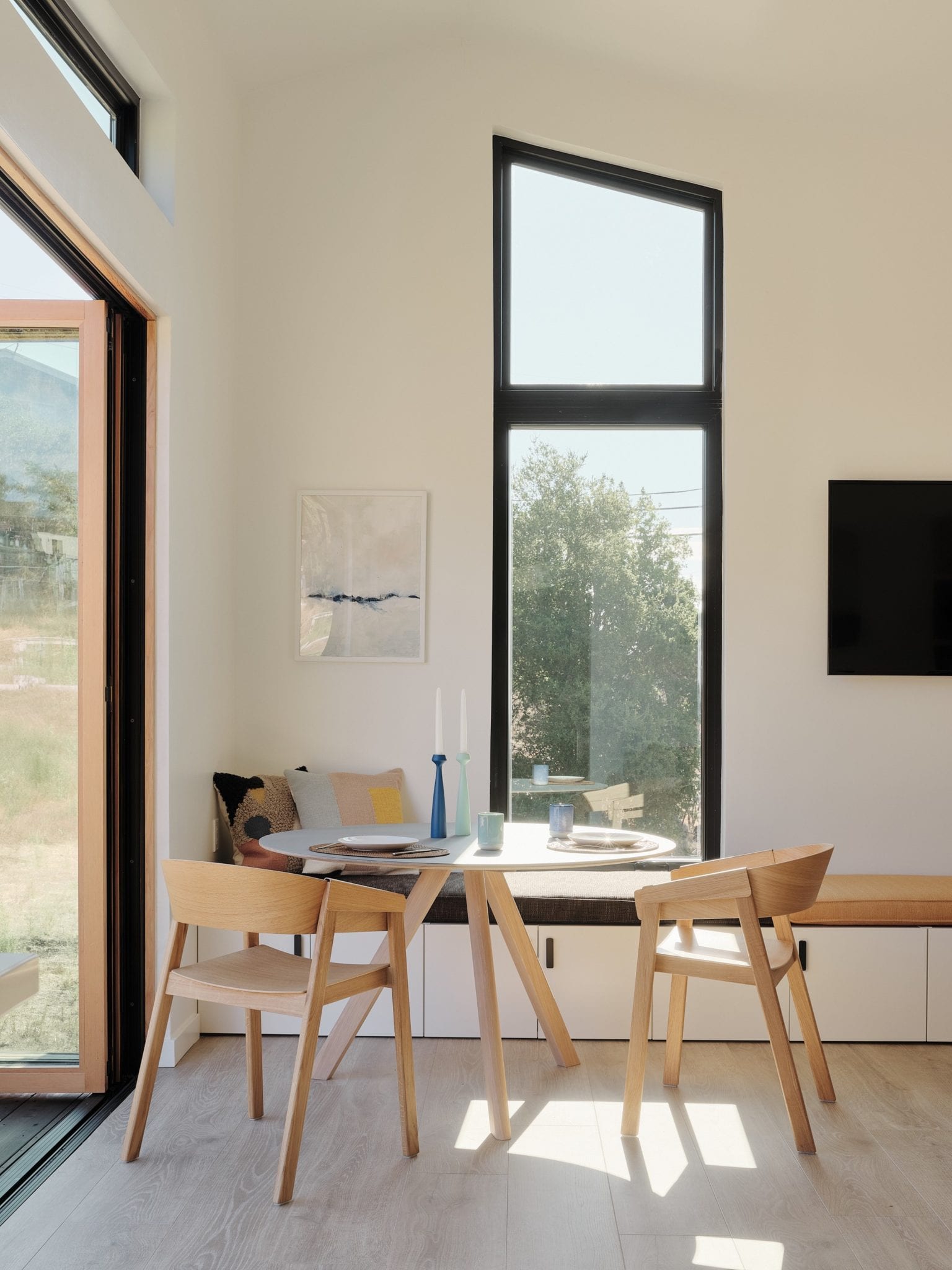 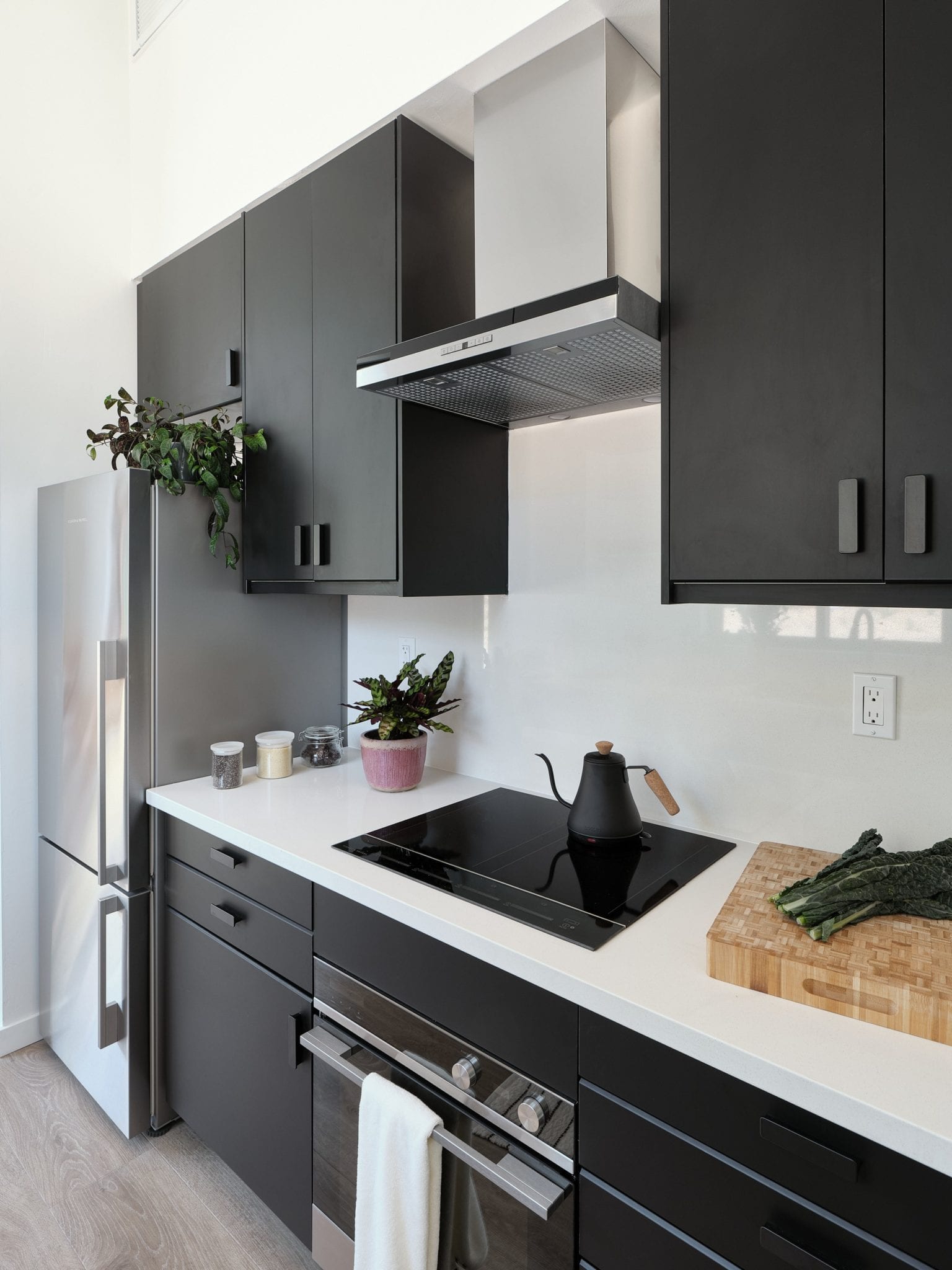 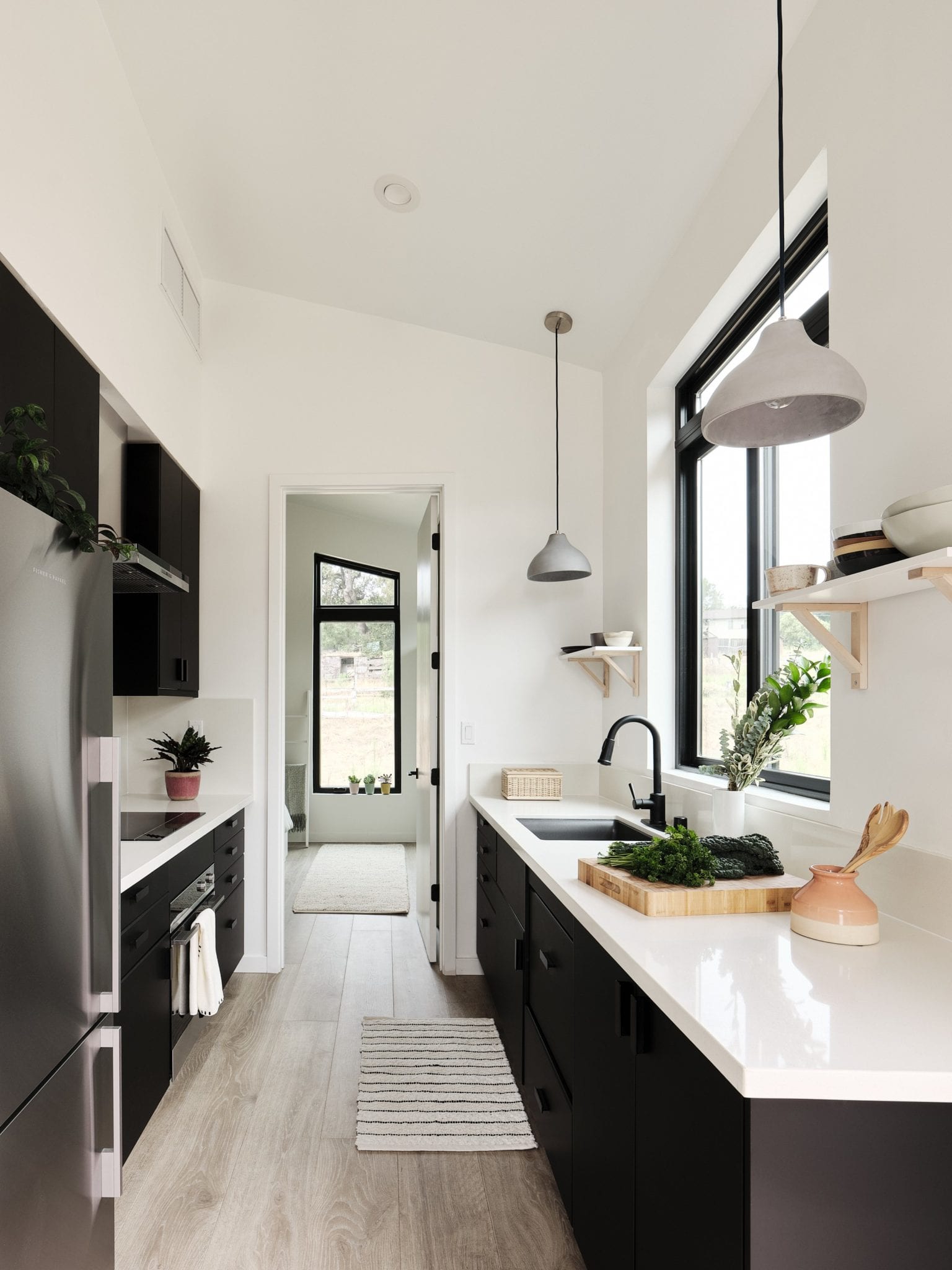 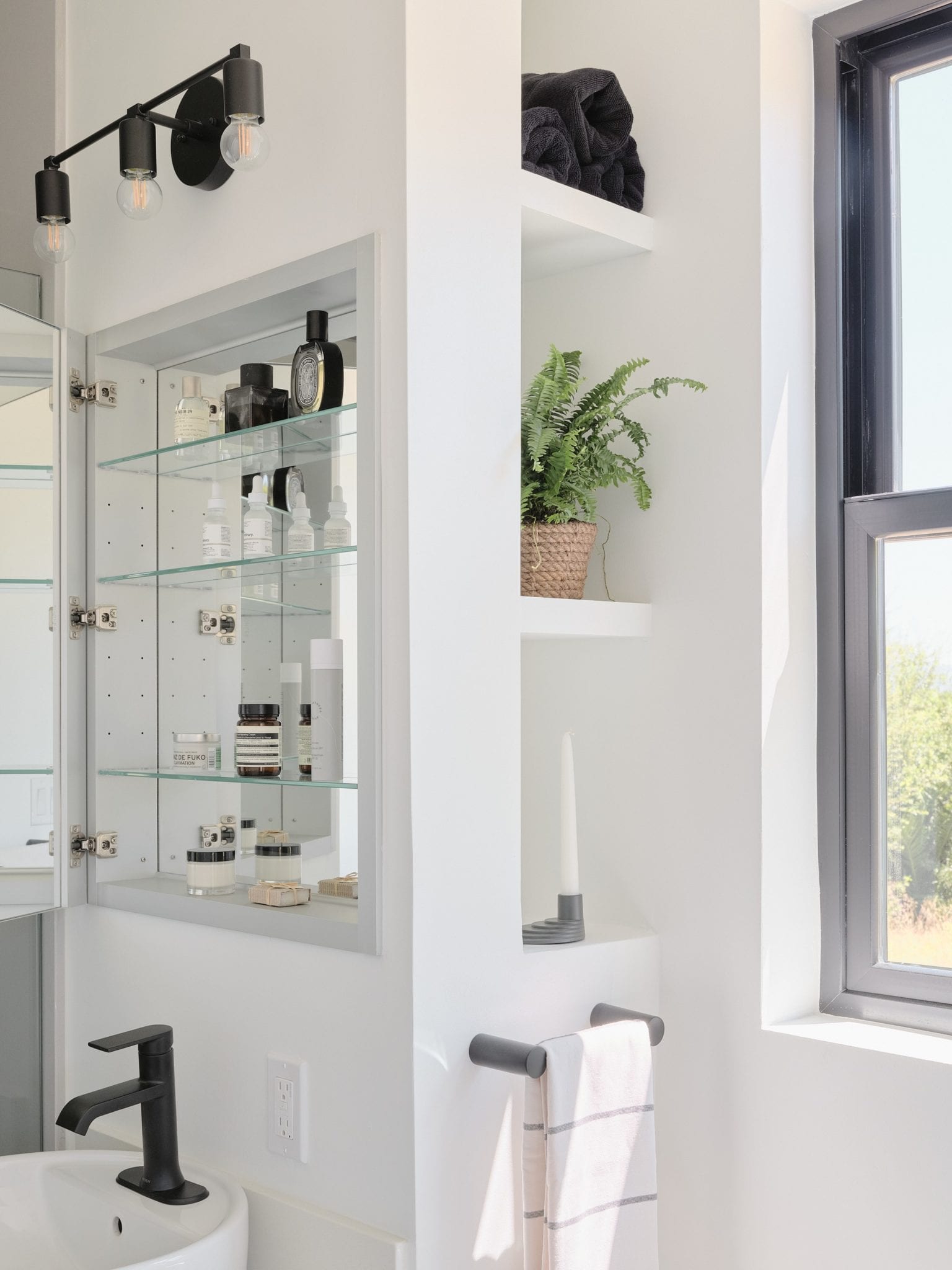 Housing startup Abodu’s headquarters sit along a winding road on the edge of Redwood City and ritzy Woodside, but instead of an office, it’s home to a small, single-story, modern-looking house in the middle of a dusty, mostly empty lot.

The 495-square-foot “backyard home” is the first — a showcase — of what Abodu’s founders hope will become many new mini-residences planted in the yards behind homeowners’ houses. Its first batch will likely sprout about 20 miles south, in San Jose, where the company just became the city’s first pre-approved builder for its newly-announced program to speed up the development of such homes, known as Accessory Dwelling Units or ‘granny units.’

Indeed, Silicon Valley property owners may find Abodu’s pitch appealing, considering the normally high costs and the time it takes to build and permit new homes — even little ones — in the region. In San Jose, one homeowner told San José Spotlight earlier this year he’d spend around $250,000 to build a backyard cottage behind his house, an effort he’s been working on since 2017.

Hundreds of people are trying to build ADUs in San Jose, according to San Jose’s planning department data, and the number is increasing. In 2016, the city received 49 applications for such homes, but between 2017 and April 2019, applications had grown to 762, according to past San José Spotlight reporting.

And the number of applications and permits issued is expected to grow even more as the city, where 180,000 single-family homes qualify to have ADU’s in their backyard, launches a new program aimed at speeding up the permitting process for such homes.

“This is an opportunity to house our community in low-density neighborhoods adjacent to transit,” San Jose Councilmember Magdalena Carrasco said late last month as the city launched the new ADU program. “If we can bring costs down, many more homeowners will take advantage of this program, helping us put more roofs over our families’ heads.”

Abodu got in on the ground level of the program launch, starting conversations with city leaders last year to try to speed things up even more by getting its $199,000 factory-built home approved in advance. Take a virtual tour of the company’s model home by clicking here.

Its model home is dotted with angular windows, filling up much of the walls in the living room area and kitchen. A major portion of one wall folds to one side, making the wooden deck feel like an extension of the living room.

The little house has high ceilings and comes with Whirlpool appliances. While one won’t get a leisurely bath in the little bathroom, it comes with an adult-sized shower. One entire bedroom wall is lined with tall wardrobes.

Abodu set out to make “a space that you can live in without having to change the way you would live in any other apartment,” Geary said.

“There’s no murphy bed, there’s no mini-fridge,” he added. “It’s full-size appliances across the board … as well as dedicated living spaces.”

The prefabricated pieces of the house are made in two factories: one in Seattle and the other just outside of Sacramento. All of the parts can be constructed within six to eight weeks and the company can have the new home — including utility work — installed within two weeks, provided there is a 30-foot by 45-foot plot of land to set it down, Geary said.

Abodu is a joint venture that includes Cupertino homebuilder Edenbridge Homes. The venture has been around for about a year and its founders say they hope to have the first home rise in someone’s backyard by the end of 2019. The company is also in talks with other Bay Area cities to implement pre-approval programs for its homes, similar to San Jose.

“ADUs can help us address the housing crisis, and San Jose is committed to making ADUs easy to build,” said Rosalynn Hughey, San Jose’s director of Planning, Building and Code Enforcement. “We welcome and appreciate vendors like Abodu for helping achieve that goal.”