Olson represented the news media in a 2017 Supreme Court case against San Jose, where he and attorney Jim McManis successfully argued for the disclosure of private emails by city officials, including Liccardo, that dealt with public business.

The letters come a week after San José Spotlight revealed how Liccardo directed a San Jose resident, Scott Largent, to email his private account and vowed to delete the conversation from his official government email account. Largent was raising concerns about corruption in the police and code enforcement departments, and cited safety concerns. The law would’ve protected his name from being released as a whistleblower.

“The mayor is a repeat offender,” Olson told San José Spotlight. “It was his use of private devices that led to the Supreme Court case. It’s very troubling that he’s still doing it.”

When this news organization requested copies of the emails with Largent, which dealt with city business, the mayor’s office said it found none — meaning the mayor effectively skirted disclosure.

After learning that San José Spotlight had copies of the emails, Liccardo’s office backtracked and said it had “prematurely” closed out the records request before searching the mayor’s private account as required by the law.

The city and the mayor’s office still haven’t released the emails.

“With the knowledge that Liccardo deletes public emails, uses his personal Gmail to conduct city business and the city’s failure to turn over those records, we’re now insisting that the mayor’s private email accounts be searched and that we receive copies of all emails sent from his private Gmail account pertaining to city business,” the letter from Olson says.

Both requests ask for copies of all deleted emails that have not yet been permanently removed. They also asked the city to preserve all records through a legal hold.

San Jose denies mayor’s emails on advocacy group. We are fighting back.

Councilmember Dev Davis, who’s gunning for the mayoral seat in 2022, was surprised that Liccardo deleted emails from his government account.

“I was not expecting for that to happen,” Davis said, adding that it’s not the city’s practice to delete official emails. “I have never heard that is the case.”

Davis declined to say whether Liccardo deleting emails raised any concerns to her as his colleague.

“Our city policy is clear to me,” Davis said of California law that requires public officials to search both their private and government accounts for a records request. “I don’t know how this one fell through the cracks.”

Vice Mayor Chappie Jones said he needs more facts before he could make a judgement.

“I don’t know enough about it,” Jones told San José Spotlight. “But I tend to think that my colleagues have positive intent and they have valid reasons for why they did what they did.”

The other eight councilmembers either declined to comment or did not respond to multiple inquiries.

Davis said sometimes it’s challenging to separate emails about city business from private or campaign-related emails. Her office often revisits the public records law to make sure “things are in appropriate channels.”

“Transparency law is there for a reason,” Davis said. “And I think it’s important for us to be cognizant of it.” 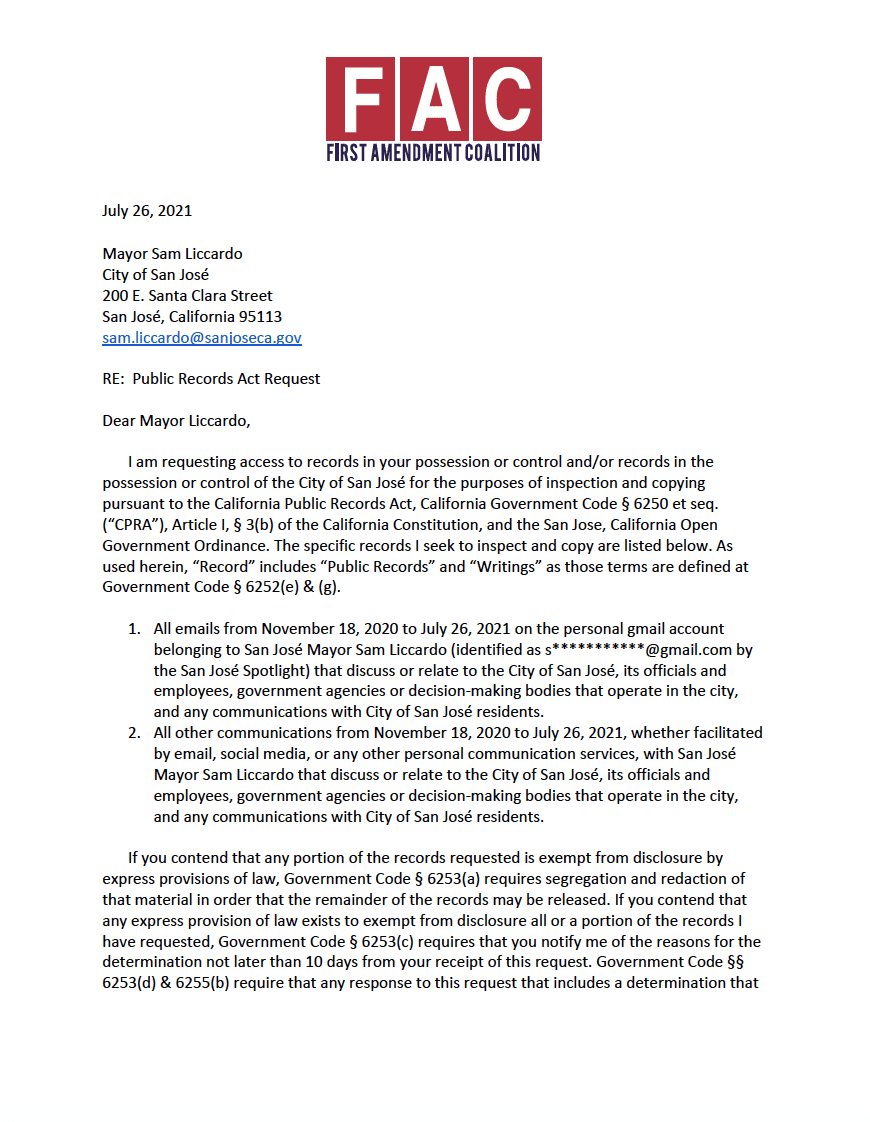 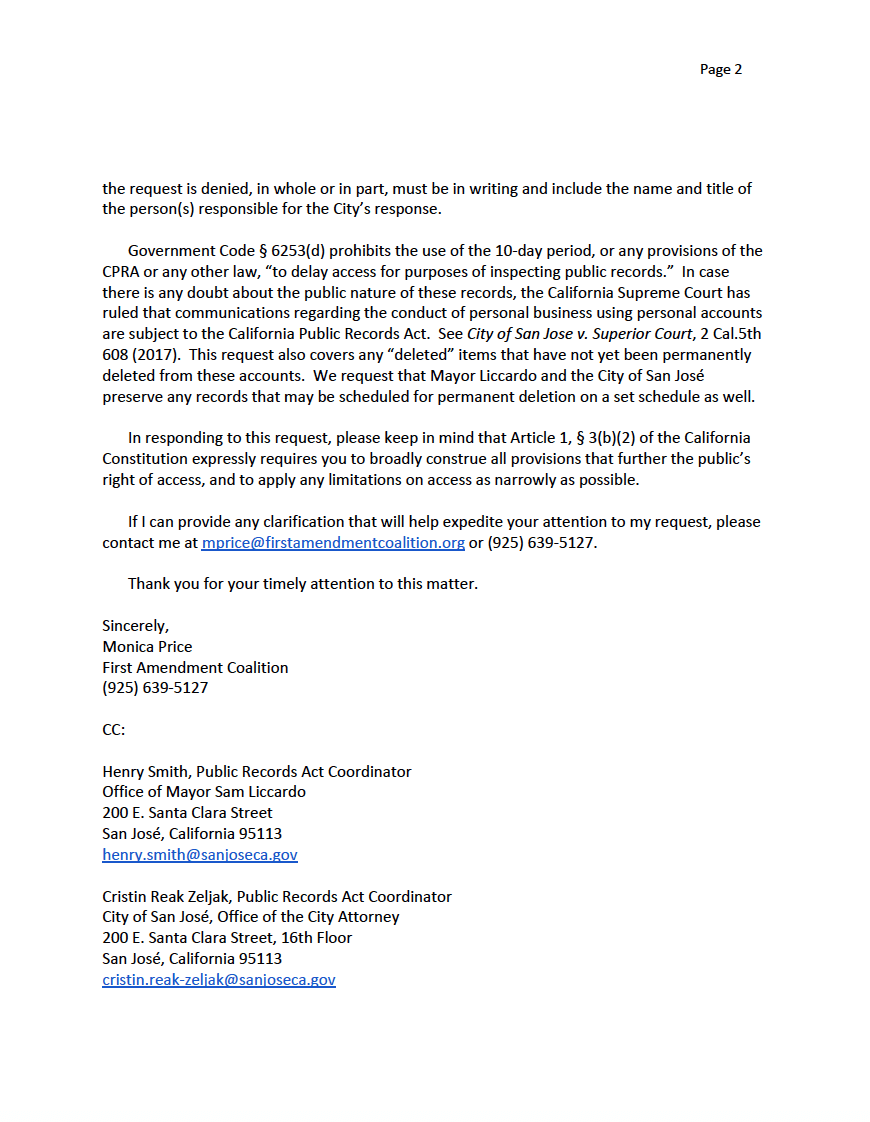 Letter from the First Amendment Coalition 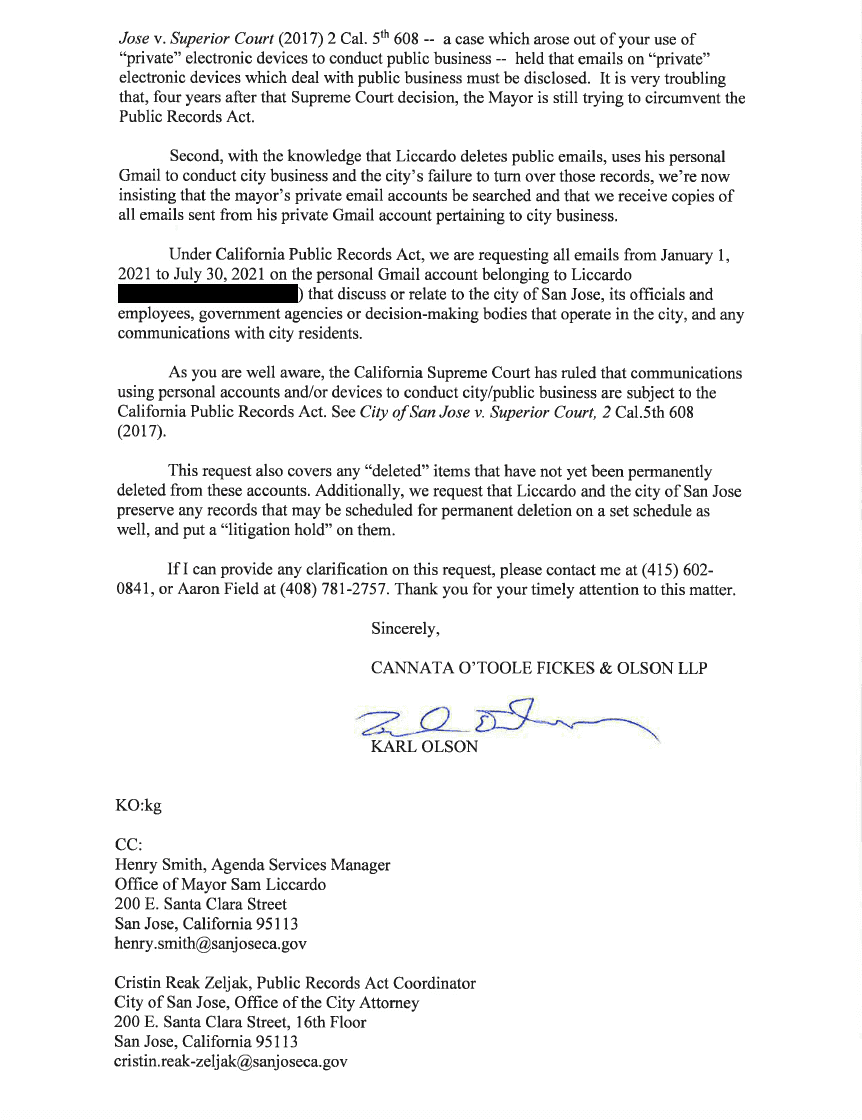 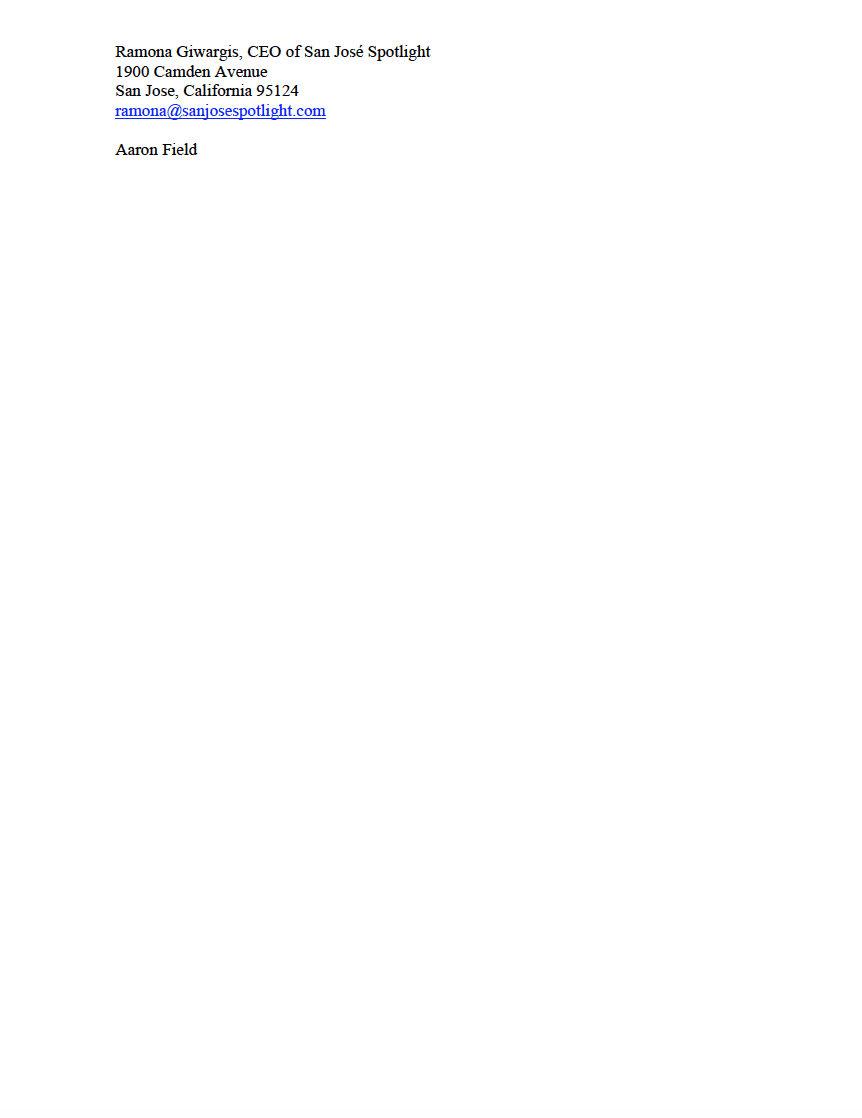