Simitian has collected roughly $600,000 in donations through his congressional campaign committee, Friends of Simitian, over nearly 14 years. The committee currently has about $500,000 on hand after costs to manage the fund. The committee took in about $42,000 from January 2021 through September 2022.

His war chest is in case longtime Rep. Anna Eshoo’s seat is ever up for grabs. He supports Eshoo and won’t run against her.

“This is a committee I have had in place for a number of years and I continue to keep it alive so that if and when the opportunity presents itself, I am ready to go,” Simitian told San José Spotlight.

Some observers say the ongoing donations could create potential conflicts of interest for Simitian, especially once expanded transparency laws take effect in 2023. 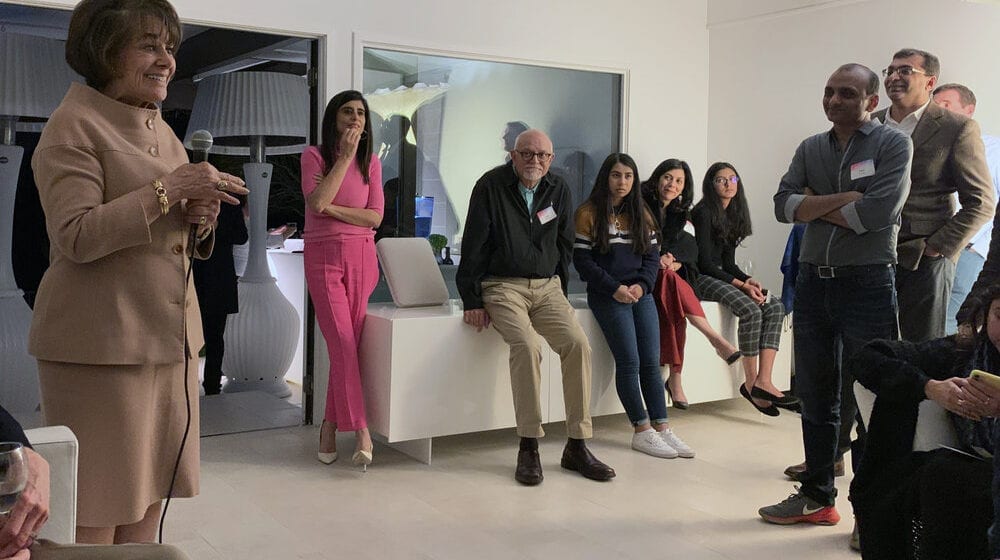 It’s common practice for politicians or would-be candidates to open exploratory committees while they test the waters for elected office, and later shut them down. It’s less common for a campaign committee to be open and collect donations for such a long period of time.

“I have not heard of someone who’s had an account open for that long and not actually run for office,” Sean McMorris, manager of the transparency, ethics and accountability program for California Common Cause, told San José Spotlight.

Simitian’s campaign committee has received donations every year since it opened in 2009. In the first two years, it received about $475,000, according to campaign filings with the Federal Election Commission.

“That’s a lot of money,” Ann Ravel told San José Spotlight. Ravel is an attorney who previously served as the chair of the Federal Election Commission, the California Fair Political Practices Commission and as Santa Clara County counsel. “That $500,000 is the amount of money he’d need if he was going to run for that position for sure at some point, because it’s so expensive to run for office now.”

But since Eshoo—who has served as a member of the U.S. House of Representatives for three decades—was just reelected in November for another two-year term, the 69-year-old Simitian likely wouldn’t run until at least 2024.

Eshoo, 79, did not respond to requests for comment about whether she’d run for reelection in 2024.

But as long as the money keeps flowing to Simitian’s congressional campaign committee, McMorris said it could create possible conflicts of interest with his supervisor duties.

“It is another avenue for this local politician to receive contributions,” McMorris said. “It’s just another avenue for politicking and for moving money into an account that benefits him and could potentially benefit donors if he gets into higher office, or if he stays as a supervisor.”

Some donations are likely to come from people who might have given to his supervisor campaigns in the past, McMorris said.

“It’s an additional way to curry favor, if a donor wants to with that particular supervisor, if they need something from him in the future, via a supervisorial vote,” McMorris said.

Starting in January, conflict of interest laws under SB 1439 that previously applied primarily to members of the state Legislature will now apply to locally elected officials, including county supervisors.

An elected official will not be able to vote on a campaign donor’s permit, license or other entitlements if the donor has given more than $250 to the official’s campaign in the year prior. Officials can recuse themselves on such decisions or return the excess donation to be eligible to vote in such cases, according to the League of California Cities.

“So (Simitian) would have to make sure that he and his treasurer are cognizant of if they are taking money into that (House) account from folks who very likely may seek something from the board of supervisors while he’s in office,” McMorris said.

Ravel agreed that having the House account running while Simitian maintains his position as supervisor could create at least an appearance of conflicts.

“If someone did give him a lot of money then clearly there would be some concern about conflicts or about favoritism that he might have because of that,” she said.

Ravel said if Simitian ultimately decides not to run, he could distribute the money to charities, universities or educational institutions, or other candidates vying for office. He cannot use the money for personal purposes.

Larry Gerston, a professor emeritus of political science at San Jose State University, said gathering large chunks of money in advance could help Simitian discourage competition if he does ever run for Congress. But Gerston added it’s not uncommon for politicians to share that money with other candidates, and larger donors are usually made aware of that decision.

“There are those rare candidates, and Simitian is one of them, who have very little competition and are well known, and because of that are able to gather funds,” Gerston told San José Spotlight.