Business
by Janice Bitters
A rendering released by Uber and Related Cos. shows an Uber Air vehicle flying into the planned Related Santa Clara project near the city of Santa Clara's Levi's Stadium and convention center. Photo courtesy of Foster + Partners.

When Santa Clara’s massive mixed-use development, known as Related Santa Clara, shapes up in the coming years, it may be one of the first in the Bay Area to come with a new flying rideshare “skyport” by Uber.

Uber Elevate, a team within the San Francisco-based rideshare giant Uber Technologies Inc. announced Tuesday that it is partnering with New York-based developer Related Cos. to roll out its aerial ridesharing services. The companies unveiled new renderings this week of what that could look like in Related’s planned 240-acre mixed-use development set to break ground this month at 5155 Stars and Stripes Drive near the city’s convention center. The company later clarified that agreements and plans for the skyport in Santa Clara have not been finalized, and may not ultimately happen.

“Our shared commitment to innovation and passion for cities and enhancing urban life makes this an ideal partnership,” Jeff Blau, Related’s CEO, said in a statement Tuesday. “Related has been exploring, investing in, and implementing new forms of urban mobility from bike-share to self-driving vehicles – and urban aviation is the next frontier.”

Indeed, San Francisco-based Uber’s flying taxi concept, called UberAIR, is still a new concept for the rideshare company, though it’s been working on the initiative since 2016. Uber aims to start doing flight demonstration sometime next year and launch commercially in the Dallas-Fort Worth/Frisco, Texas market and Los Angeles in 2023.

The ultimate vision for Uber Elevate is to launch “the world’s first aerial rideshare network with safe, quiet, and electric Uber Air vehicles that would transport tens of thousands of people across cities for the same price as an UberX trip of the same distance,” according to the announcement Tuesday.

The companies haven’t finalized arrangements for a Santa Clara location or offered a potential opening date for a Related Santa Clara skyport, saying in a statement Tuesday that “locating a skyport in Santa Clara will be preceded by the necessary governmental collaboration, approvals and processes with an operational opening occurring in the future.”

Related’s Santa Clara’s skyport renderings, which were designed by international architecture firm Foster + Partners, show a designated take-off and landing area and enough room to charge up to five electric vertical take-off and landing, or eVTOL, aircrafts at one time. 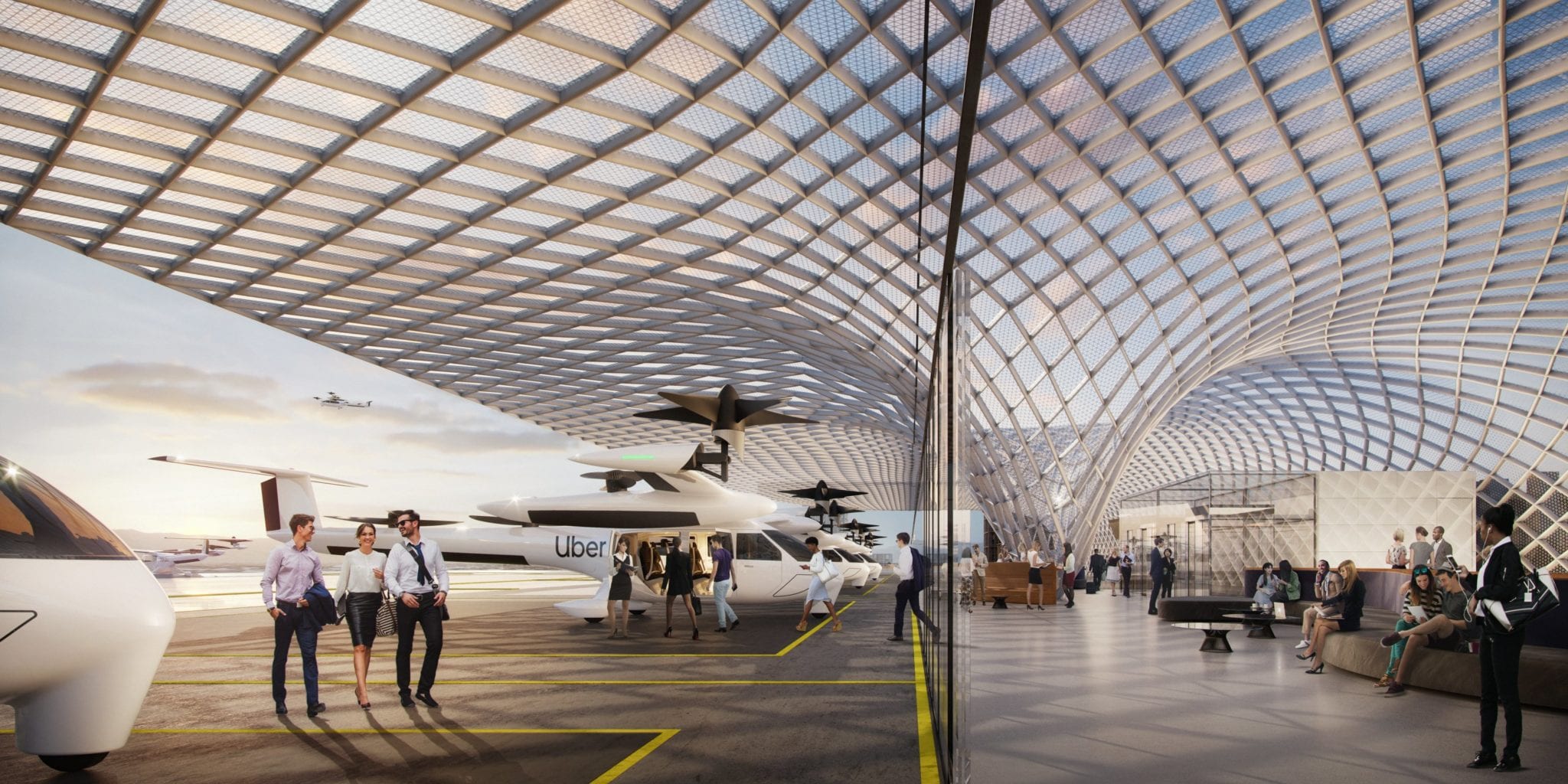 When complete, the 9.2 million-square-foot mixed-use development will include about 25,000 new jobs sprawled across 5.4 million square feet of office and 1 million square feet of retail and entertainment space. The 240-acre development next to the city’s convention center will also include 1,680 residential units, 700 hotel rooms and a slew of park land to be built in phases. Veteran Silicon Valley brokers Phil Mahoney, John Yandle and Joe Kelly of Newmark Knight Frank have already been tapped to market the office space in the development for lease.

“While there are many regulatory processes ahead for Uber Elevate, the City of Santa Clara is supportive of exploring all modes of transportation and looks forward to seeing how this cutting-edge venture would further transform Santa Clara as a future-forward city,” Lenka Wright, the city’s director of communications, said in a statement Tuesday morning.

It’s perhaps no major shock that Uber would make Related Cos. on its list for preferred development partners. Related has an extensive portfolio in major cities across the world, including Hudson Yards, a flashy and newly unveiled development in Manhattan.

“We are thrilled to be working with Related to design skyports for Uber Air, a key part of taking Uber’s transportation platform to new heights,” Eric Allison, head of Uber Elevate, said in a statement Tuesday. “Together we look forward to spurring innovation that can help improve urban mobility in cities around the world.

Editor’s note: This article has been updated with new information provided by Uber to indicate that plans have not been finalized for a Uber skyport at Related Santa Clara, though the company has created renderings for a potential skyport at the development.